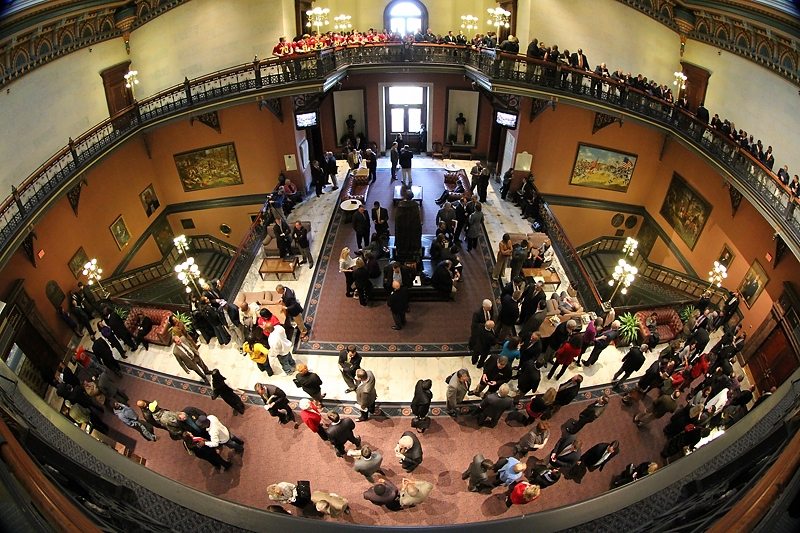 Outgoing S.C. Senator Ray Cleary – one of the most fiscally-liberal “Republicans” in state government – has been accused by his colleagues of misusing campaign funds and knowingly filing false campaign finance reports.

Cleary – who announced his intention to step down last October – is accused of misrepresenting campaign expenditures, converting campaign funds for personal use and failing to report expenditures and contributions.

Cleary’s violations are alleged to have occurred between 2013 and January of this year.

News of the scandal was first reported by Tom O’Dare of The Horry Independent.

S.C. Rep. Stephen Goldfinch – who has a litany of scandals in his past – won the “Republican” nomination to replace Cleary last month.  Goldfinch was Cleary’s hand-picked successor.

His win was one of several major defeats for S.C. governor Nikki Haley – who weighed in on several races in an effort to reshape the State Senate into a chamber more to her liking.

Cleary spent his final year at the S.C. State House to try and ram through a totally unnecessary gas tax increase.  Thankfully he failed in that effort, although lawmakers adopted a constitutionally-dubious borrowing scheme in its place.

Our view?  We don’t really care what happens to Cleary now that he’s no longer in elected office … but the fact his behavior is only drawing scrutiny now (after having allegedly gone on for the past three years) is disturbing.

We wonder … did his fellow Senators know about it all along?

As far as we’re concerned, it’s yet another example of what happens when lawmakers are allowed to police lawmakers – which is the law of the land in South Carolina.

It’s also why Palmetto politicians need to be subjected to real ethics reform – not “reform in name only.”

In fact this website has repeatedly called for an end to lawmakers’ ability to police themselves, referring to it as “incestuous – and a key driver of corruption in our state.”  We’ve also demanded “total disclosure of all income – and strict prohibitions against any self-dealing.”

Bottom line? Politicians will never be held accountable as long as they are in charge of policing themselves, deciding what they get to keep secret and doling out slaps on the wrist when they get caught breaking the law.