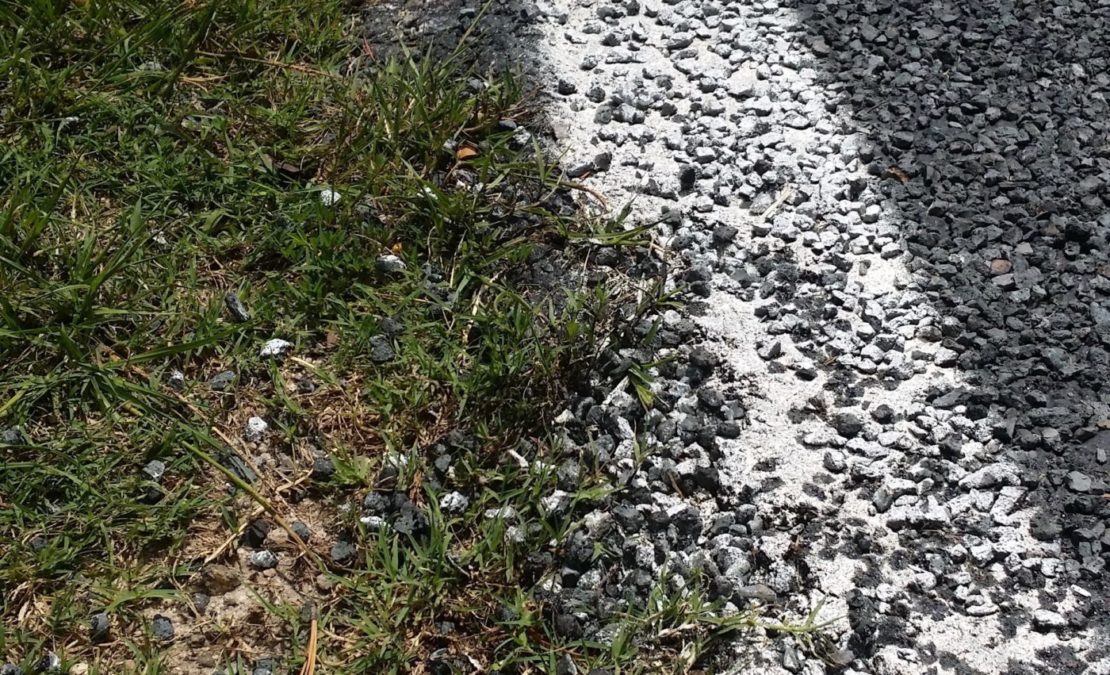 How come?  Several reasons.  First of all, projects are not prioritized based upon need – they are instead assigned funding based on the whims of self-interested politicians.

That’s a recipe for disaster … no matter how much money gets pumped into the system.

Another serious problem?  South Carolina’s scandal-scarred Department of Transportation (SCDOT) does a piss poor job maintaining our existing network of roads and bridges.

Seriously: Why invest in road maintenance at all if the job is only going to be half-assed?

Another example of SCDOT incompetence in Fountain Inn, S.C. was recently brought to our attention.  It involves a section of Willis Road – a two-lane road that runs for roughly a mile just south of the town of 8,000.

This road wasn’t completely repaved – a small section of it was.  Poorly, at that.

Jeez … if this is the state’s definition of proper “maintenance,” we’ve got a serious problem, people.

“In addition to the gravel washing off to the road to the shoulder, the freshly painted lines are now in the process of washing away to the shoulder as well,” local watchdog James Kamp told us.  “If only they would widen and upgrade to repacking the entire road with quality asphalt they would not need to continue wasting our money on tar and gravel, only to see it wash away.”

Indeed … and if there were ever a time to invest in quality asphalt, it’s now.

This website has consistently argued that the maintenance and needs-based expansion of essential infrastructure is a core function of government – one that should be funded commensurately.

Sure, we’re rabid limited government libertarians, but this is clearly one of the few things government ought to be doing.

The problem?  Government sucks at it … especially in South Carolina.

Our leaders need to stop the politicization of road funding – and start fixing our roads with the ample resources they have been provided.

@fitsnews Here's another. They're everywhere. This was the next day after "fixing." pic.twitter.com/mHOpltsgR9