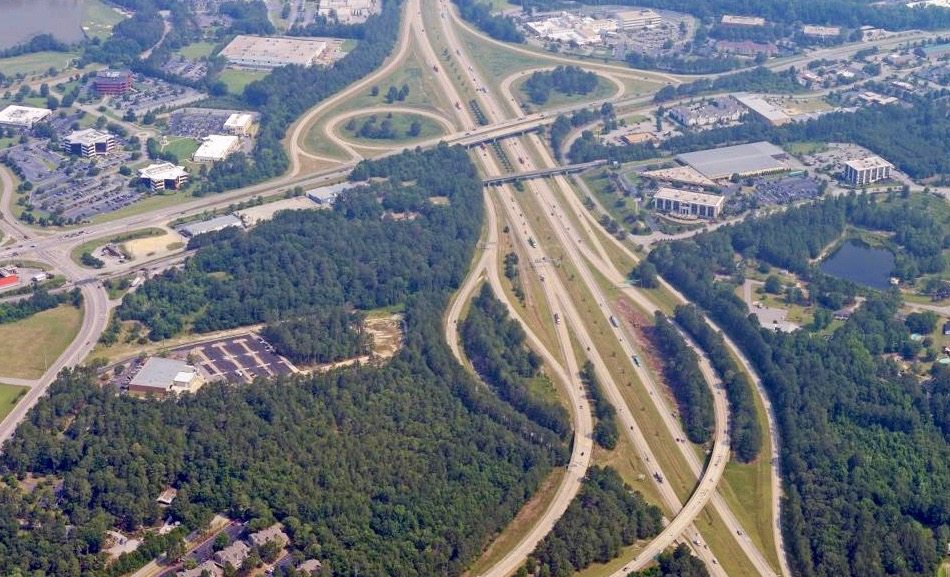 South Carolina has innumerable Interstate highway needs – most notably Interstate 85 in the Upstate and Interstate 95 in the Lowcountry. Then there’s the debacle that is “malfunction junction,” which is where Interstates 20 and 26 meet northwest of downtown Columbia, S.C.

Those vital commercial arteries are in terrible shape, costing motorists money … and in some cases, their lives.

Or those rural roads our founding editor recently navigated on his journey to and from Pawleys Island, S.C.

Contrary to conventional (mainstream media) wisdom, more money is not the issue.  We’ve tried that.  Repeatedly.  In fact as we’ve repeatedly documented, hundreds of millions of new taxpayer money has been dumped into the S.C. Department of Transportation (SCDOT) over the last six years – yet this ever-escalating investment has utterly failed to fix the problems.

One of the big reasons South Carolina’s roads and bridges remain in such terrible shape is government’s total lack of project prioritization.  While vital needs go unmet, millions of dollars are wasted pursuing totally unnecessary projects – like the proposed Interstate 73 boondoggle.

This trend of questionable asset appropriation appears to be continuing as the Palmetto State approaches the beginning of its next fiscal year on July 1.

Starting this week, $88 million in new taxpayer money has been earmarked to widen a section of Interstate 77 that sees far less traffic than other major highways.

We’re referring to a 6.6-mile stretch of the highway running from S.C. 12 (Percival Road) – just south of the massive I-20/ I-77 interchange – and Killian Road, which is just south of Blythewood, S.C.

The project also includes the “rehabilitation” of Interstate 77’s pavement from S.C. 12 all the way up to Blythewood Road – a 12-mile stretch of road.

We have no problem with that particular component of this project, but the proposed widening associated with it strikes us as unnecessary – or at least non-priority – given the traffic flows in this area.

Motorists traveling south from Charlotte, N.C. completely bypass this stretch of highway if their intended destination is downtown Columbia – or for that matter if they are headed anywhere west of the city (via Interstate 20 westbound).

Meanwhile motorists traveling north on Interstate 77 also bypass this stretch of road if they intend to head to downtown Columbia or head either eastbound or westbound on Interstate 20. 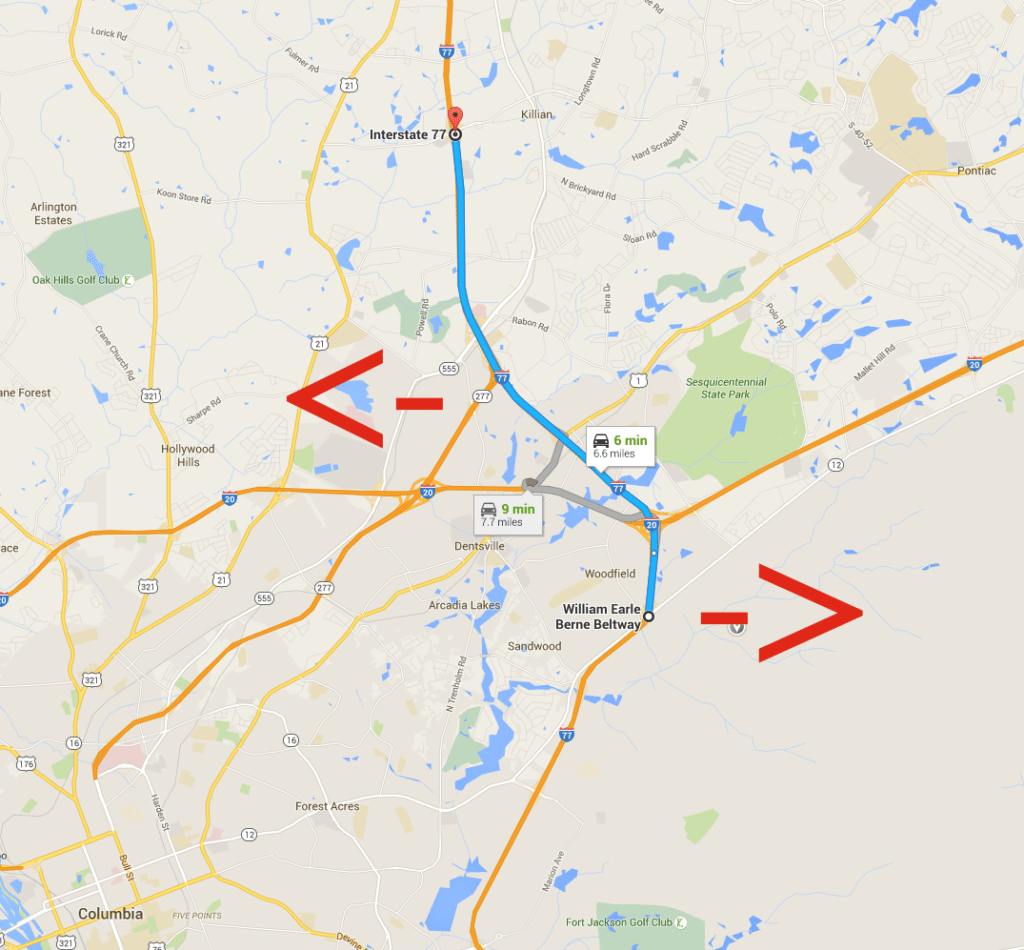 We’re not saying this project doesn’t have merit.  It probably does.

But having driven these roads – as well as the infinitely more congested thoroughfares on the western side of the city – we have a hard time seeing how this project is being funded first.