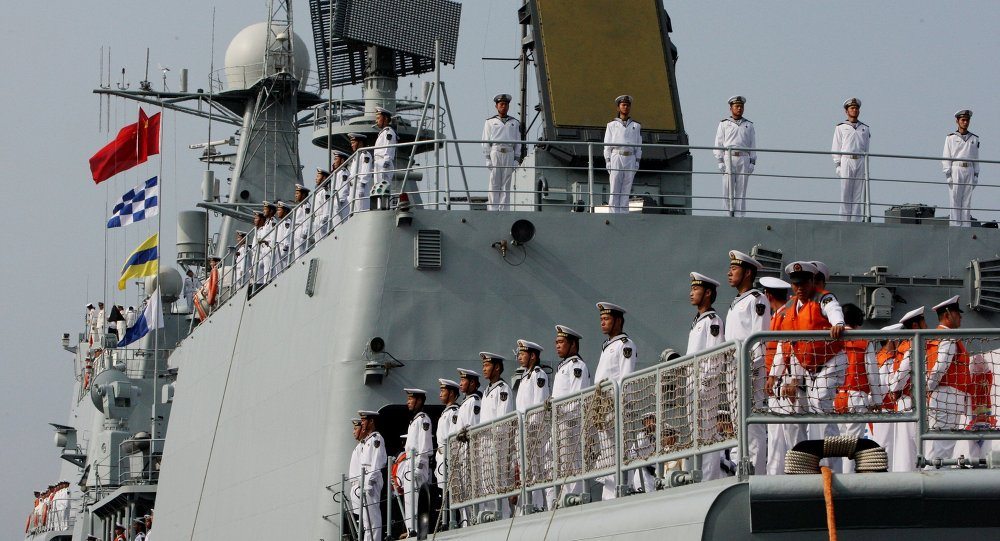 China’s territorial claims in the South China Sea were roundly rebuked by an international tribunal this week – setting the stage for a potentially dangerous escalation in the region.

The Permanent Court of Arbitration (PCA) – an intergovernmental agency based in The Hague – ruled that China had no basis to many of its maritime claims in the disputed commercial corridor.

China did not participate in the tribunal’s deliberations.  Not only that, the communist nation has said it will not abide by the ruling – and has stepped up its military maneuvers in the area.

Well, U.S. secretary of defense Ash Carter recently vowed that America (i.e. its taxpayers) will “remain the most powerful military and main underwriter of security in the region for decades to come.”

Really?  Underwriting securing in the South China Sea?  How are we going to afford that: Using more borrowed billions from China?

China didn’t like Carter’s rhetoric one bit, and issued a scathing rebuke from the communist party’s official mouthpiece.

“There is a bottom line with every issue, and a price will be paid if that line is crossed,” the editorial noted.  “If the United States, regardless of the cost, chooses the path of ‘brinkmanship’ that pressures and intimidates others, there will be only one result, that is, that the U.S. bears all the responsibility for possibly further heightening tensions in the South China Sea.”

China is battling with Brunei, Malaysia, Taiwan and Vietnam over various strategic positions in the South China Sea – and has been for some time.

China’s muscle-flexing also extends into the South Pacific – part of an effort to challenge American naval superiority via the establishment of what one source described to us as “forward deployment and area denial crossroads.”

“They want the airport and seaport next to U.S. bases on Guam,” our source said, referring to Chinese claims on the island of Yap, whose parent government recently announced its intention to sever ties with the United States – effective in 2018.

Why is it America’s job to fight for these territories?  Good question … although one reason could be U.S. president Barack Obama‘s efforts to facilitate a crony capitalist trade deal in the region.

China’s aggressive military posturing coincides with yet another round of currency manipulation aimed at provoking a trade war with the United States.