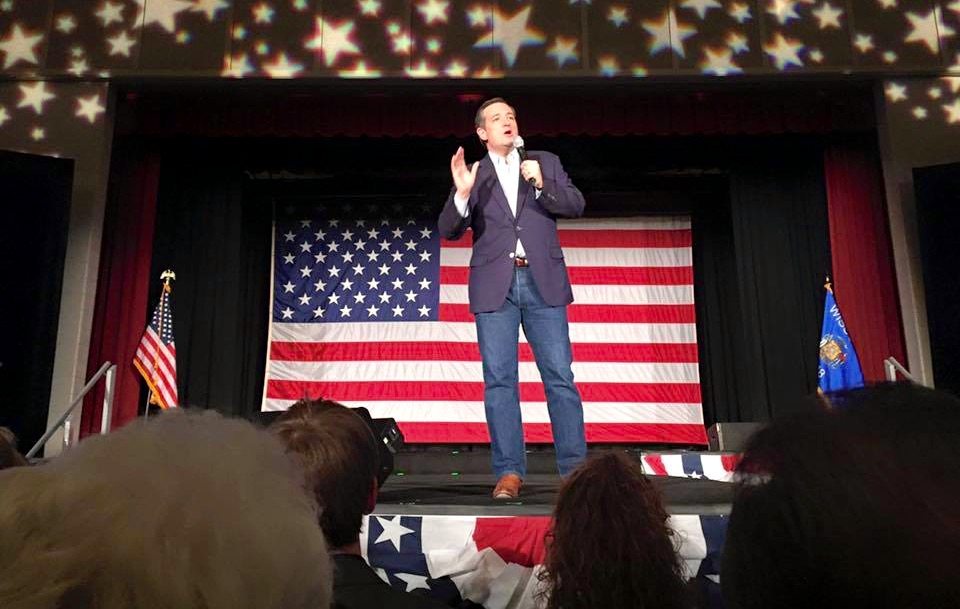 For most of the 2016 presidential campaign, U.S. Senator Ted Cruz and billionaire businessman Donald Trump were allies.  In fact, it seemed the two had a mutually-beneficial political “bromance” going on.

“It is a little bit of a romance,” Trump said last September. “I like him. He likes me.”

Cruz certainly benefited from his early embrace of Trump’s populist insurgency – gaining ground in the polls while numerous establishment “Republican” candidates imploded following their futile attempts to bring down “The Donald.”

Of course Cruz and Trump quickly turned on one another when the race hit its home stretch.  In fact, Cruz went so far as to collude on delegates with liberal Ohio governor John Kasich in his own desperate bid to derail Trump’s front-running candidacy.

Cruz finally lost it in early May – when Trump trounced him in the state of Indiana (forcing Cruz from the race).

“This man is a pathological liar,” Cruz said at the time.  “He doesn’t know the difference between truth and lies. He lies practically every word that comes out of his mouth.”

Cruz added that Trump was a “serial philander” who was “utterly amoral.”

He later accused the media of stealing the nomination for Trump – arguing that “a handful of network executives” were guilty of “manipulating and trying to deceive the voters” in an effort to secure him the GOP nod.

Really?  The last time we checked the only candidate network executives tried to anoint was Marco Rubio.

Anyway … Cruz has apparently had sufficient time to lick his wounds, and participated in a meeting in Washington, D.C. this week with his former rival.

“We had a positive and productive meeting this morning with Donald Trump,” Cruz said.  “Donald asked me to speak at the Republican convention and I told him I’d be happy to do so.”

“They had a good conversation and it was very polite and cordial and normal,” Priebus said of the confab.

A statement released by Cruz also indicated Trump solicited his advice on judicial nominees, to which Cruz replied he would “continue to do everything he can to help ensure principled constitutionalists on the courts.”

Beloved by social conservatives, Cruz’s support of Trump – assuming he eventually offers it – could be a major boost to the presumptive GOP nominee’s general election campaign against Hillary Clinton.