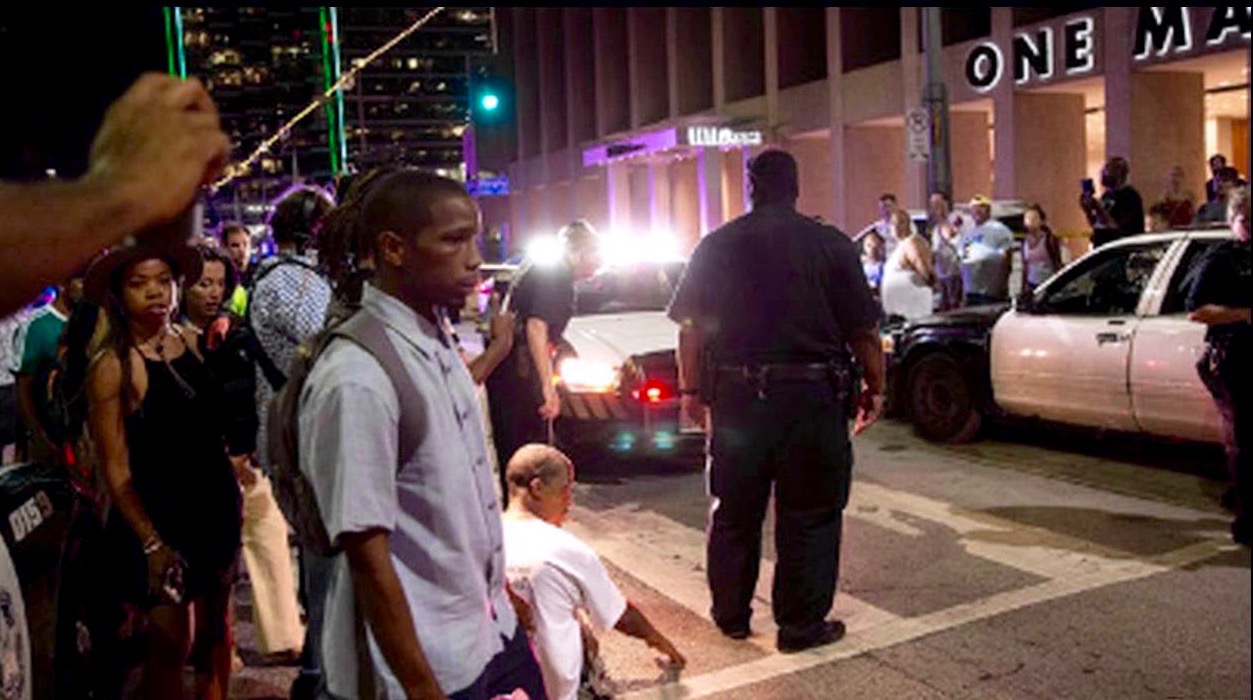 Four law enforcement officers and one transit employee were shot dead and seven more police officers were wounded – some critically – during a coordinated sniper attack in downtown Dallas, Texas on Thursday evening.

Two civilians were also wounded during the attack – which began around 9:00 p.m. CDT as a protest rally against police violence made its way through the city.

Three individuals – two men and a woman – have reportedly been taken into custody in connection with the rampage, while a fourth suspect died at around 4:00 a.m. CDT following a lengthy standoff with police at a Dallas parking garage.

According to police, a robot detonated a bomb next to the suspect – killing him.  The decision to detonate the device was reportedly made after negotiations with the suspect broke down.

The suspect involved in that standoff was captured on video earlier in the evening shooting a Dallas police officer in the back – an event broadcast by local television station KDFW-4.

Warning … this video is graphic …

Prior to his death, the suspect told police negotiators “the end is coming” and that more people would die.

Dallas police chief David Brown said the shooters who participated in the attack were “working together with rifles triangulated at elevated positions at different points in the downtown area, where the (protest) march ended up going.”

He did not speculate as to their motive or their affiliation.

Brown said the individuals taken into custody were “uncooperative” with investigators.  He also did not rule out the possibility that additional suspects could soon be arrested in connection with the attack.

Around 800 protesters gathered in Dallas on Thursday evening in response to the fatal shootings of Alton Sterling in Baton Rouge, Louisiana and Philando Castile in Falcon Heights, Minnesota.

Both Sterling and Castile were shot by police officers.

The violence in Dallas erupted just three blocks away from Dealey Plaza, where U.S. president John F. Kennedy was gunned down by snipers in November 1963.