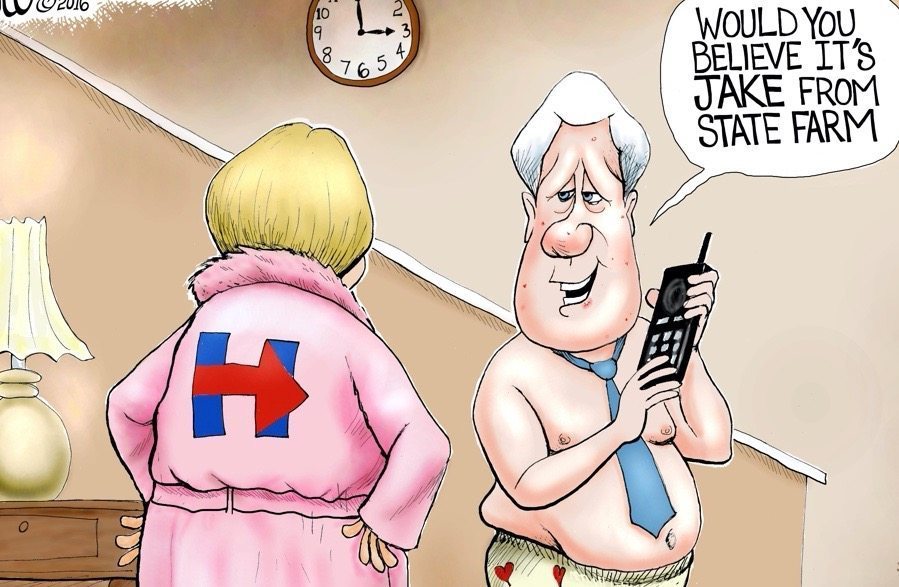 “It’s 3 a.m., and your children are safe and asleep,” an ominous-sounding narrator intoned in the spot.  “But there’s a phone in the White House, and it’s ringing.”

“Something’s happening in the world,” the narrator continued, as images of children tossing and turning in bed filled the screen. “Your vote will decide who answers that call.”

Clinton’s ad was designed to play to her foreign policy experience … and the inexperience of her main 2008 Democratic rival, Barack Obama.

Obviously the ad failed to blunt Obama’s momentum.  Not only that, it came back to bite Clinton in the ass in the aftermath of the 2012 Benghazi scandal – her State Department’s botched response to a deadly terrorist attack against one of its diplomatic outposts in Libya.

“I think Benghazi was the 3:00 a.m. phone call that she never picked up,” U.S. Senator Rand Paul said last year.

Of course if Clinton wins the presidency in 2016, there could be another kind of 3:00 a.m. phone call coming into the White House … one involving her womanizing husband, former U.S. president Bill Clinton.

Here’s a look at that call courtesy of cartoonist A.F. Branco (Twitter) of Americans for Limited Government. 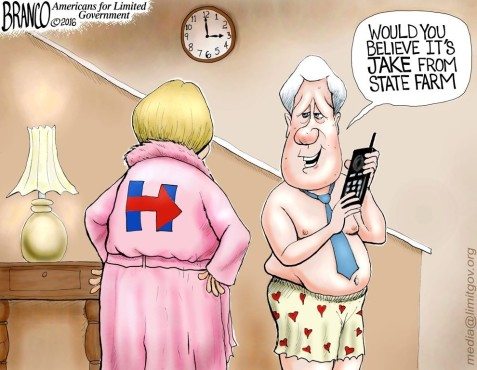 The cartoon – a spoof of the popular State Farm insurance commercials – first appeared on NetRightDaily, which is one of our favorite sites for the latest limited government news coming out of Washington, D.C.

Be sure to check it out!