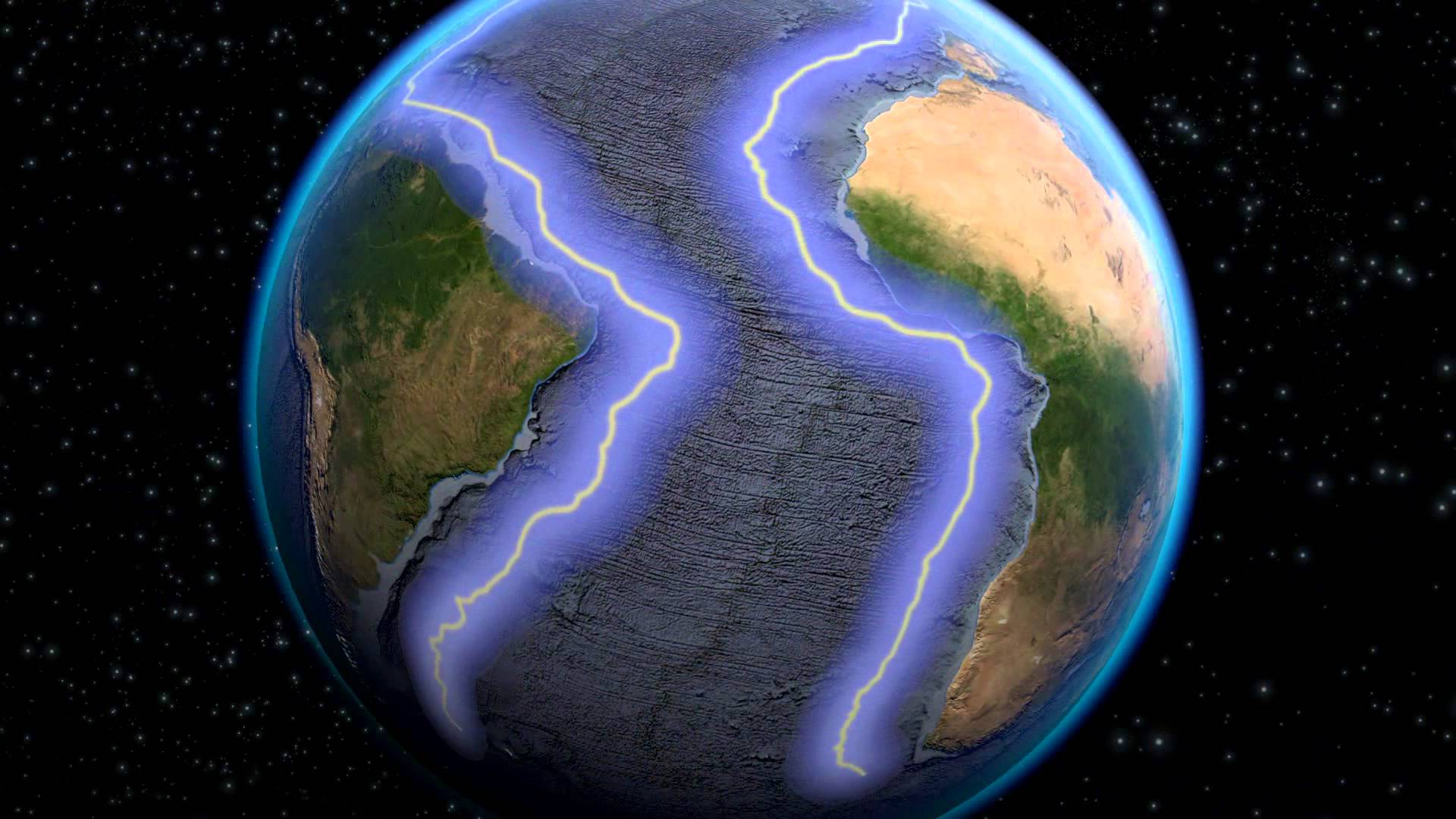 We’ve waxed tectonic in previous posts regarding the fault lines within the “Republican” party.  We’ve also discussed their potential electoral impact.  Now it’s time to assess how everything shakes out in the aftermath of this summer’s Grand Old Ponzi convention in Cleveland, Ohio.

Our prediction?  There will be a nominee … but it won’t matter.

Gone is the GOP that three decades ago won 97.6 percent of the electoral vote … or for that matter the party that cobbled together a narrow electoral majority in 2004.

Whoever receives the GOP laurels in Cleveland must contend with a four-way fracture … one that will permanently obliterate the “Republican” party of the past and set off a radical reorientation of the American political spectrum over the coming decades.

(Assuming our country has “decades to come …”)

How does it all play out?  Well, at this point it seems abundantly clear GOP frontrunner Donald Trump will fall just shy of the 1,237-delegate threshold needed to secure the “Republican” nomination.

How close will he get?  Most estimates have Trump securing anywhere between 1,150-1,180 delegates prior to the convention in Cleveland.  In other words, he will not have enough delegates to win the nomination on the first ballot.

Also abundantly clear?  Trump’s best showing will be his first showing … when delegates that are bound to him must vote for him.  After that, the party elites start taking control of the process.

On the second ballot, Trump will still benefit from a certain percentage of bound delegates, but U.S. Senator Ted Cruz of Texas will begin to pick up steam.  And on the third (and potentially pivotal) ballot, Cruz could win it all.  In fact he reportedly has upwards of 800 delegates already in his pocket – and that’s with seventeen states still on the primary schedule.

So … will GOP elites allow Cruz to be nominated on the third ballot?  Or will they enact rules to the convention enabling them to nominate other candidates from the floor (i.e. candidates who did not campaign for the presidency but would be anointed by establishment “Republicans” scared of Trump and/or Cruz)?

“The question is can Cruz hang on and beat back another challenger from the floor,” our intrepid D.C. operative told us recently.  “Anti-Trump delegates aren’t ‘Cruz at any cost’ delegates.  I’ll bet Cruz is recruiting people who will stab him in the back if a new and exciting ticket promoted by their governor or Senator comes along and that polls ahead of Hillary Clinton.”

Ah yes … the old “electability” myth.  “Republicans” fall for it every time, don’t they?

Obviously Cruz is being touted by establishment “Republicans” at the moment, but that’s only because he is blocking Trump’s path.  Once Trump is removed from the equation, the GOP will no longer need Cruz.

In fact, party officials have told us nominating Cruz would be the equivalent of “conceding the election to the Democrats.”

“That’s why we’re gonna pump and dump him,” one official told us.

If that happens, Cruz could wind up falling short on the pivotal third ballot – meaning GOP establishment leaders could then put up their “compromise candidate.”

Who will they choose?  U.S. Speaker Paul Ryan – the D.C. establishment prom king – is clearly at the top of their list, but he’s said he’s not interested in the gig.

“I do not want, nor will I accept the nomination for our party,” Ryan said this week.  “I believe you should only choose from a person who has actually participated in the primary. Count me out.”

Their second choice?  No one knows.  Some speculate establishment “Republicans” could pick a proven military leader as their standard bearer … while others are actively promoting S.C. governor Nikki Haley.

“My gut tells me that this convention should be ‘brokered’ in that multiple factions get together and cut a deal,” D.C. operative tells us.  “I’m not convinced any faction has the ability to do that – and it plays into Nikki’s hands.  Turn the whole thing into a vote for prom king or queen and she’s got a huge advantage.  I don’t think that’s her plan, but it sure could work out that way.”

So what happens in that case?

Let’s assume for the moment both Trump and Cruz – who have combined to earn roughly two-thirds of the GOP popular vote this cycle – are denied the “Republican” nomination in favor of a compromise candidate selected by party leaders.  Or let’s assume the GOP nominates Cruz on the third ballot – denying Trump the nomination (and denying the party elites any shot at the White House).

Either way, we are looking at an unprecedented splintering voting blocs that the “Republican” party has historically relied upon in its efforts to carve out a winning national coalition.

Those blocs are as follows …

Gravitating to Cruz, these are America’s most fervent Bible thumpers … sanctimonious, impressionable moral absolutists who view government as an instrument of God, one that should spend taxpayer money and erode individual liberty in the name of advancing an overtly Christian agenda both at home (including in your home) and abroad.  They loathe Trump – but are becoming increasingly leery of establishment “Republican” politicians who have been taking advantage of their gullibility for decades.  The GOP surrender in America’s “Culture War” is fueling Cruz’s success with these voters.

These are the fiscally and socially liberal middle/ upper class “Republicans” whom party leaders are most adept at courting.  They crave stability, and have been conditioned to believe government is the elixir to what ails America – not the cancer eating away at it. They embrace taxpayer-funded intervention – whether in schools here at home or on battlefields halfway around the world. Bibi Netanyahu is their president, not Barack Obama.  They are 100 percent #NeverTrump voters – swallowing a steady diet of party propaganda.  They are the GOP establishment, and many of them work directly for government or for corporations benefiting from government subsidies.

These are Ron Paul‘s people – social liberals and fiscal conservatives who should have aligned with the presidential candidacy of Rand Paul but rejected him over his repeated attempts to curry favor with evangelicals and liberal neoconservatives.  These voters want government out of their bedrooms, out of their boardrooms and out of countries where we don’t belong.  They are pro-freedom and pro-free market – like our founding editor – are by and large done with the “Republican” party.  They sat on their hands in 2012, and in 2016 we expect them to do the same – or gravitate in increasing numbers toward the presidential campaign of Gary Johnson.  Barring some unforeseen development, we do not see these voters supporting Trump … nor do we see them embracing Cruz or some establishment “Republican” alternative either, though.

This is the “Trump Train” – a still-surging populist movement comprised of mostly white male, lower and middle class voters who remain sharply focused on economic issues.  They are royally (and rightfully) pissed about the demise of their once-proud nation – and are looking for someone to blame for how bad things have gotten for them during the Obama “recovery.”  Not without compelling justification, Trump has served them up multiple bogeymen – including incompetent bureaucrats, Mexican illegals and Chinese currency manipulators.  Throw in a dash of well-deserved vitriol toward Muslim extremists (whom everybody hates) and it’s easy to see why “The Donald” has rocketed to the top of the GOP charts.  Also worth noting?  Trump has exposed the complicity of  “Republican” leaders in the ongoing American malaise – holding forth on hypocritical party hacks with the same Bulworth-esque authenticity he uses on the Muslims and Mexicans.  Trump’s voters come from all ends of the GOP spectrum – but they are unlikely to revert to the party if it denies him the “Republican” nod in favor of Cruz or one of the party hacks Trump has been bashing.

So … is there any universe in which these four diverse ideological groups all unite around the same candidate?

No.  Which is why the “Republican” party as we know it is kaput.  Permanently.