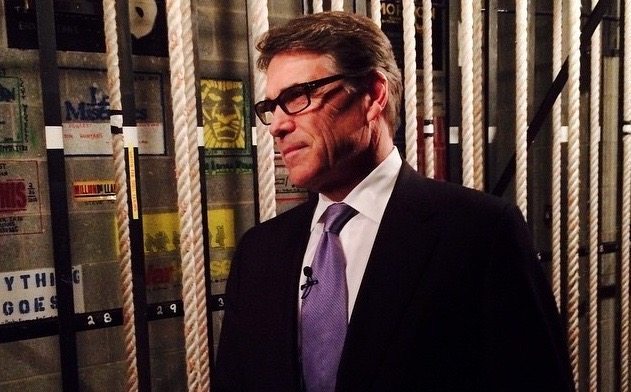 “FIRST IN THE SOUTH” HEADQUARTERS IS SHUTTERED …

|| By FITSNEWS || Last month we wrote on the impending exit of former Texas governor Rick Perry from the 2016 presidential race … adding our hope was that the crony capitalist “Republican” would drop out sooner rather than later.

A month later Perry – who stopped paying his staff last month – is somehow still campaigning, even though national surveys of GOP primary voters have him polling at 1.3 percent.

After a brief flirtation with frontrunner status, Perry’s 2012 bid flamed out in spectacular fashion.  He vowed to run a smarter campaign this go-round … then didn’t.

This comes almost a month after the Perry campaign announced that it would no longer be paying staff across the country.

Dawson attributes the move out of the building, which he provided for the Perry campaign in his retainer fee, to a “hot new client” that a realtor found for the space.

We’re sure he’ll land with some other establishment “Republican” candidate (a.k.a. “hot new client”) after he finishes milking Perry for every last dime … again.

Bernie Sanders Is Coming Back To SC