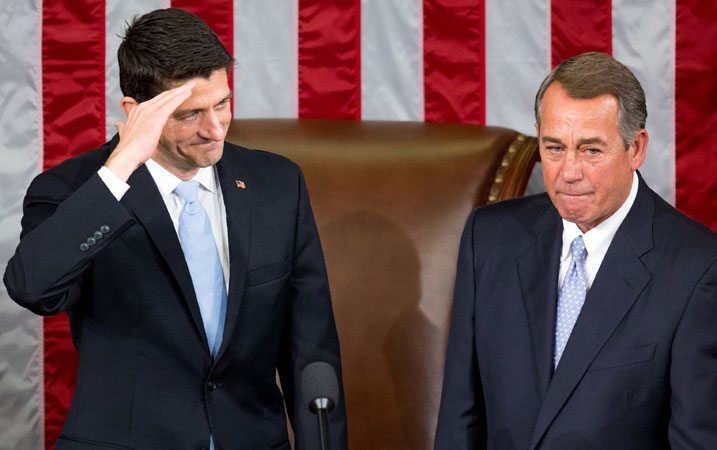 With the “Republican” establishment running out of options to stop Donald Trump, the party’s recently-dethroned liberal leader of the U.S. House of Representatives wants to put his status quo successor on the ballot.

Wow … these people will do anything to preserve their stranglehold on the status quo in Washington, D.C., won’t they?

Ryan was the hand-picked successor to Boehner in the U.S. House – and after paying lip service to limited government advocates to win his position, he promptly pushed through a spending plan that funded virtually all of U.S. president Barack Obama‘s agenda.

Do we support the “Republican” party ignoring the will of its voters and installing this status quo hack as its nominee?

Sure … after all, it should be abundantly clear at this point the GOP is nothing more than a wholly-owned subsidiary of the government-subsidized D.C. cabal.  In other words, they pick the nominee – not you. As an advisor to liberal Ohio governor John Kasich said this week, “the grassroots delegates, activists, (and) party leaders will make a decision about who the nominee is.”

If the GOP wants to follow Boehner’s advice and commit suicide this summer in Cleveland, we have absolutely no problem with its leaders doing that.  We’ve been openly advocating for the death of the GOP since 2012 – and anything that hastens the party’s demise is music to our ears.

Donald Trump: “There Will Be Riots” If GOP Denies Him Nomination