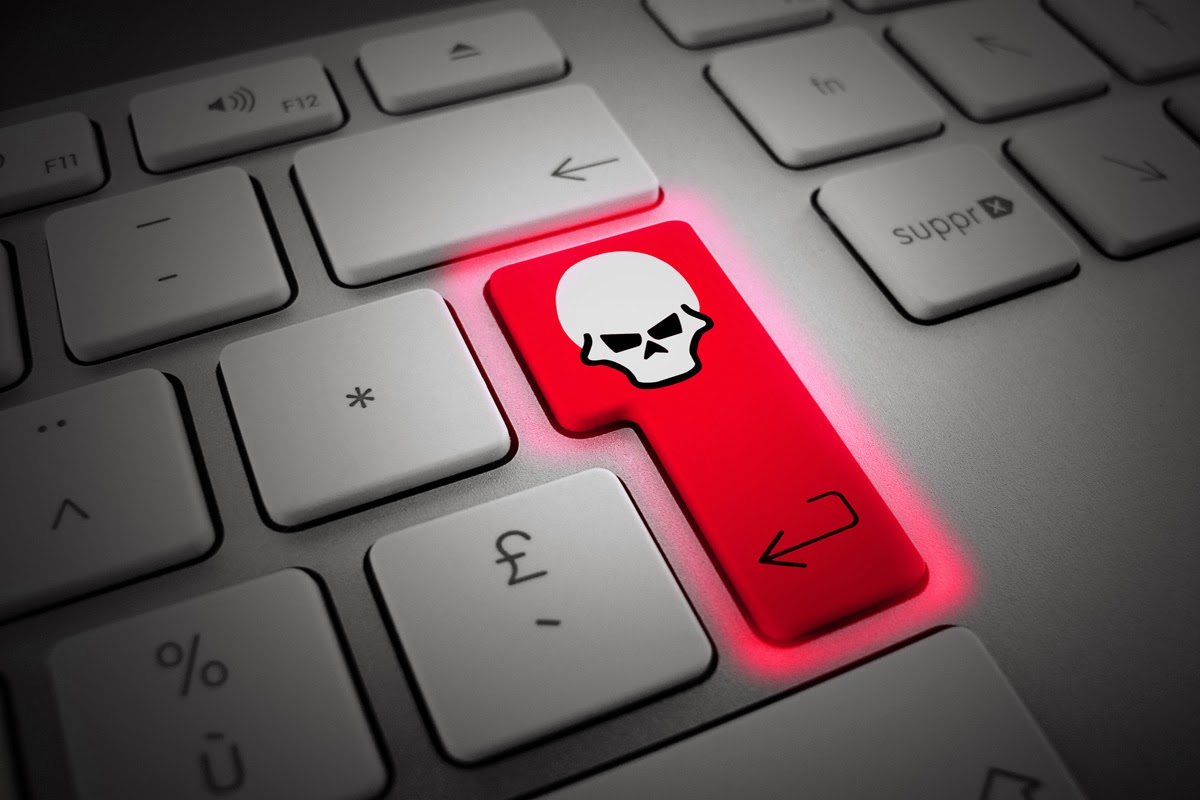 In our post recapping the “winners” and “losers” from last week’s 2016 “Republican” presidential primary, we didn’t hesitate to list ourselves in the latter category.   That’s right … FITSNews.com had the shape of a big ol’ “L” on its forehead after being rocked by a massive cyberattack last week.

Even though the 2016 candidate we endorsed emerged victorious from the “First in the South” fracas, our website suffered a crippling blow during what should have been its busiest week ever.

First things first: We’re sorry readers couldn’t get their “FITS fix” during such an important week. We have a large, loyal following – and we feel absolutely terrible that their experience was interrupted by this malicious attack.

Rest assured we are doing everything we can to 1) clean up the mess, 2) initiate enhanced safety protocols to better protect the site moving forward, and 3) identify those responsible for the attack.

Here’s what we know: Someone who didn’t want our website up and running during the critical week leading up to the 2016 “First in the South” election initiated what’s known as an “injection attack” against us beginning late Saturday, February 13. 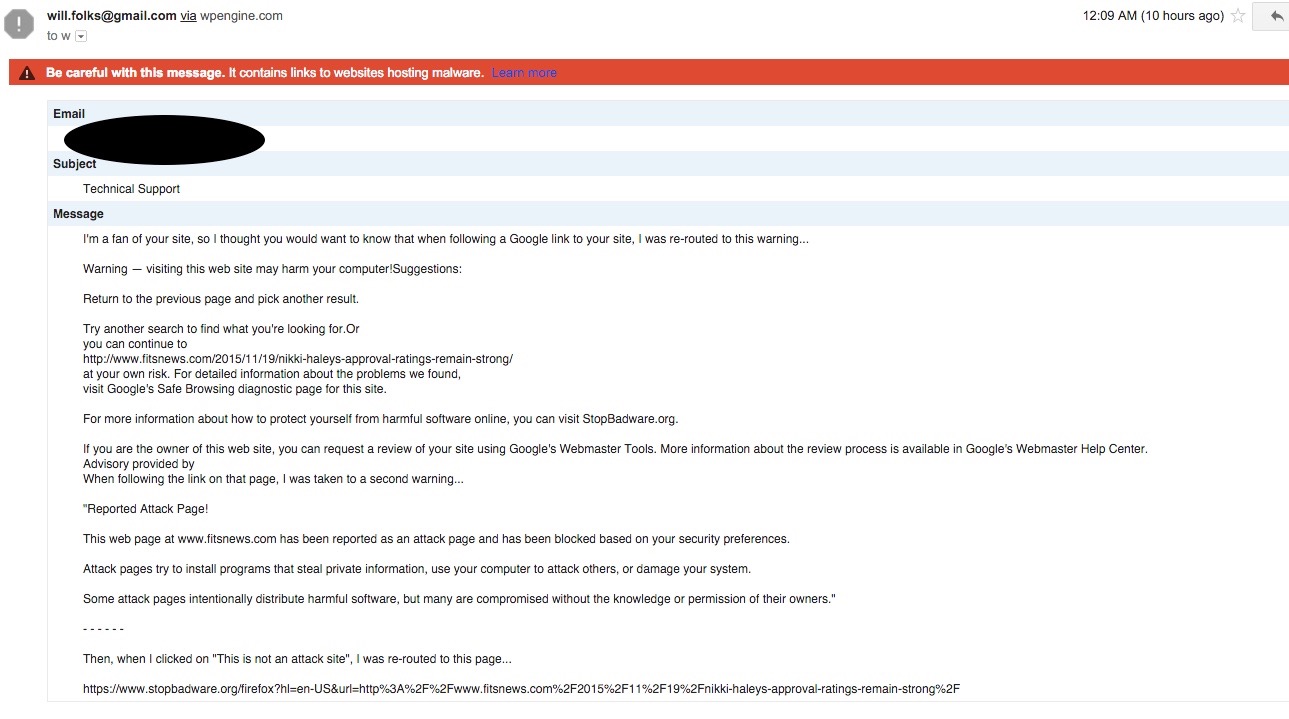 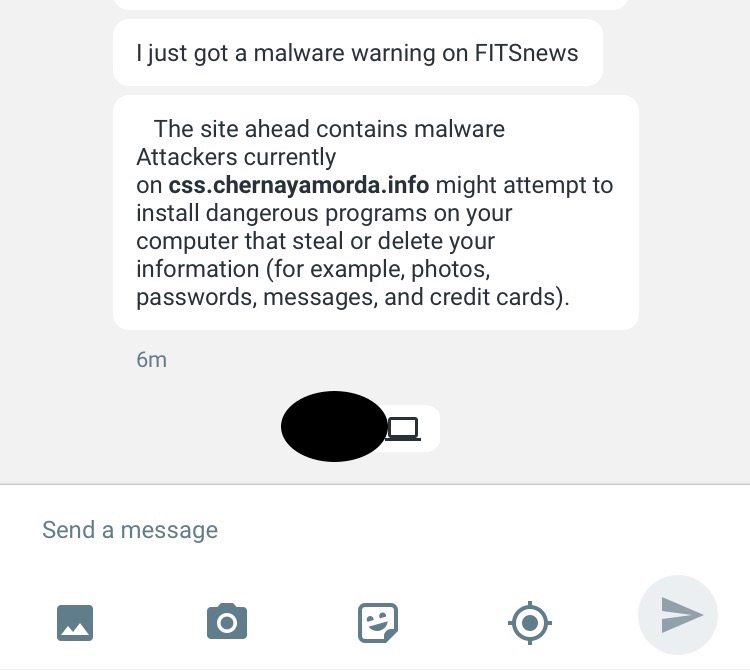 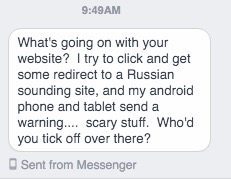 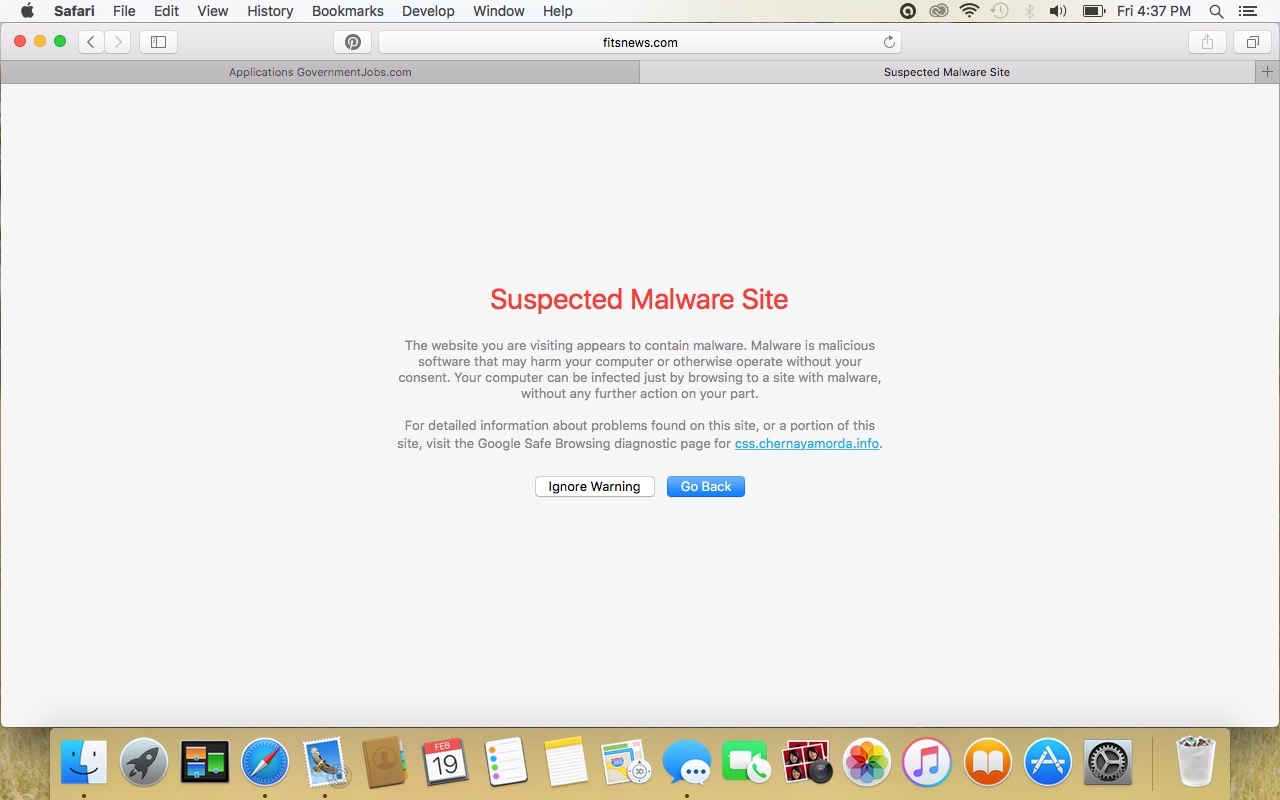 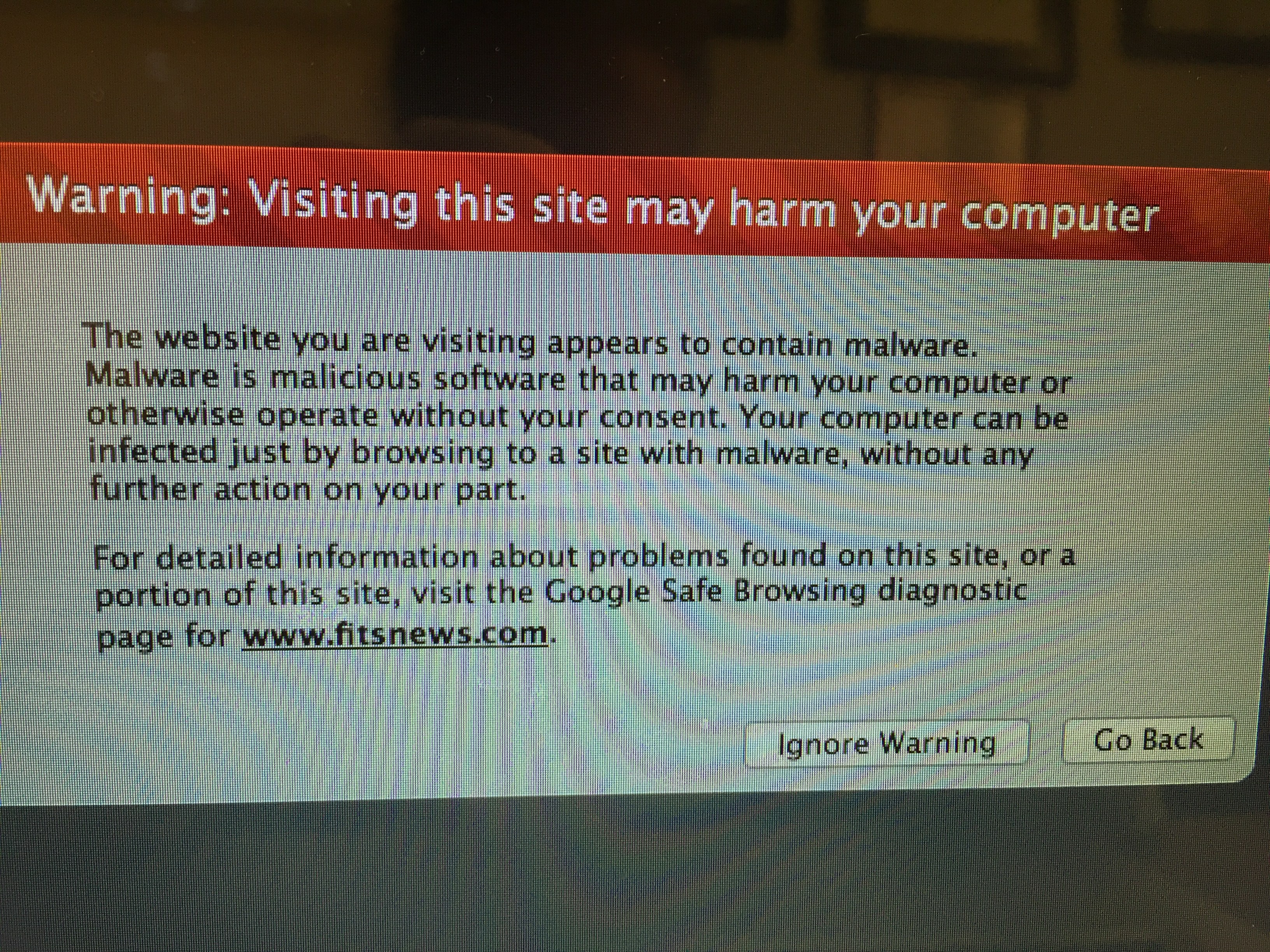 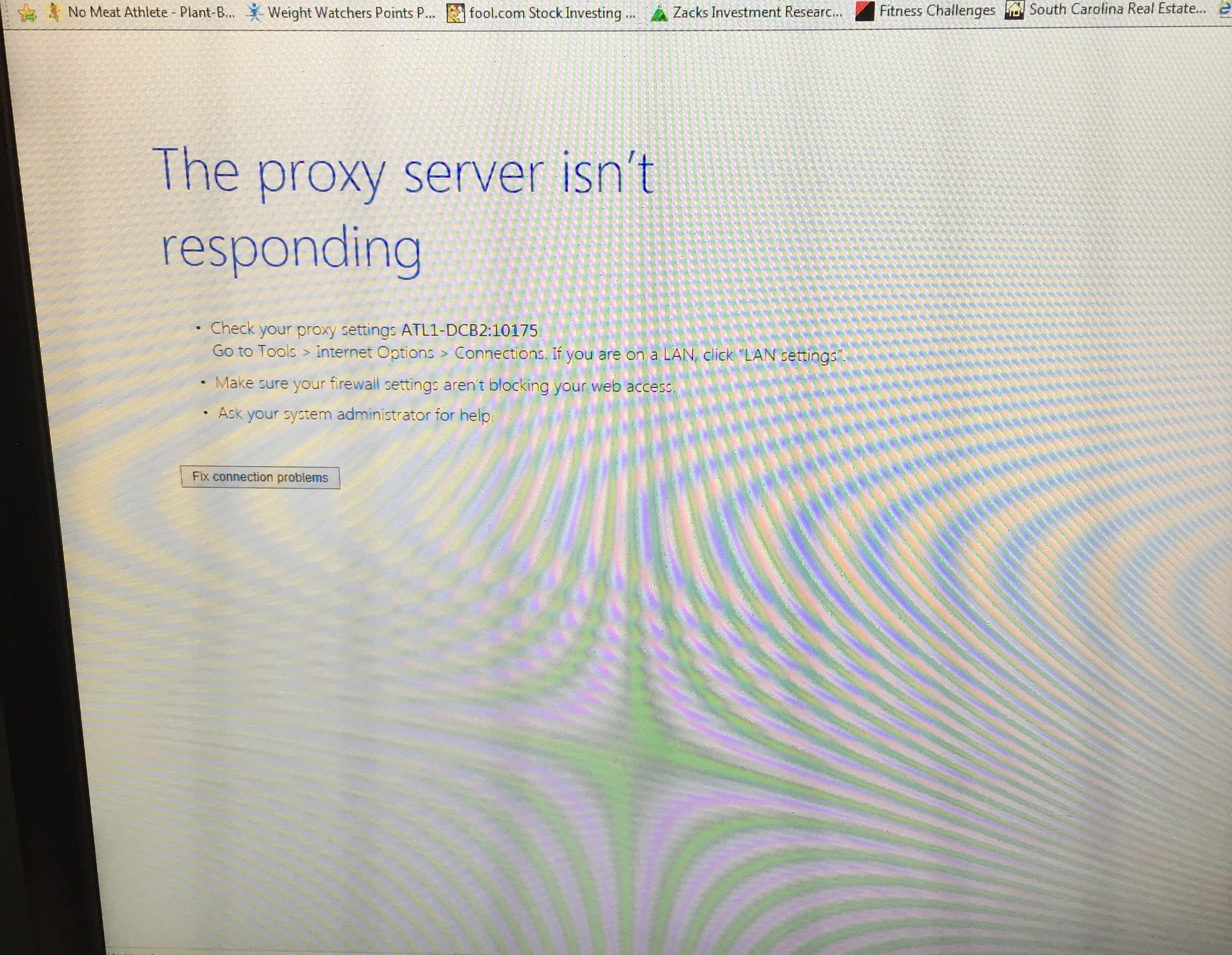 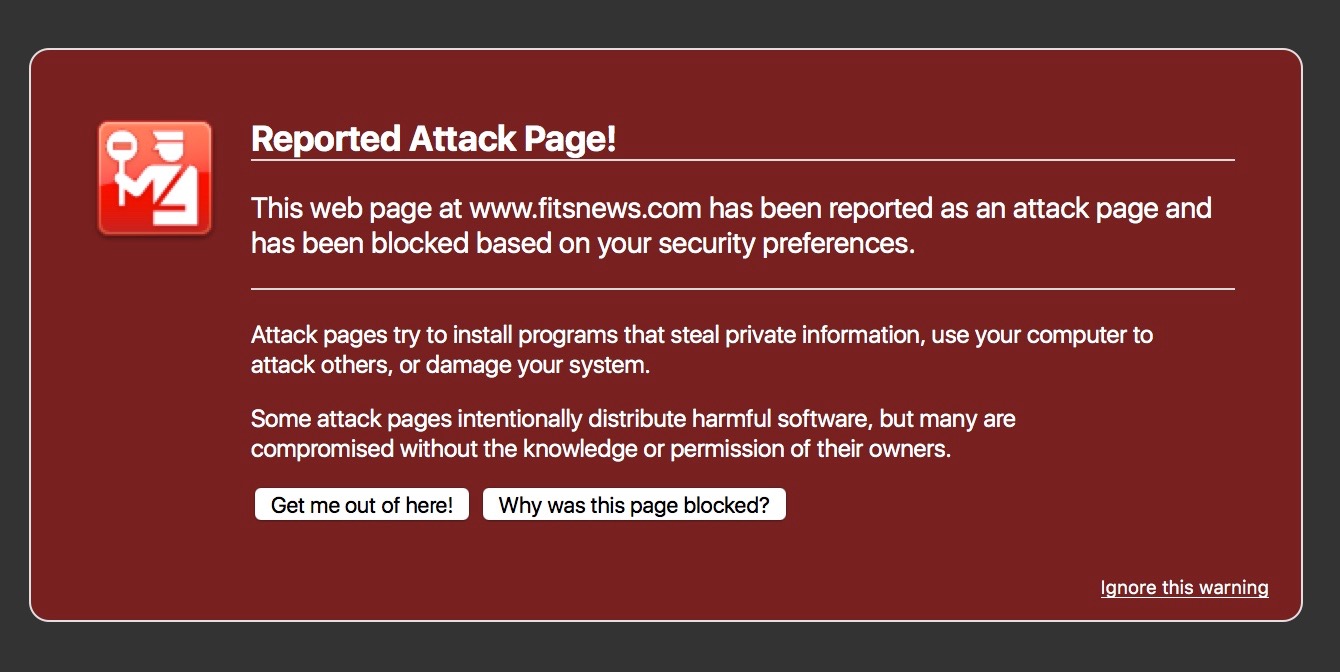 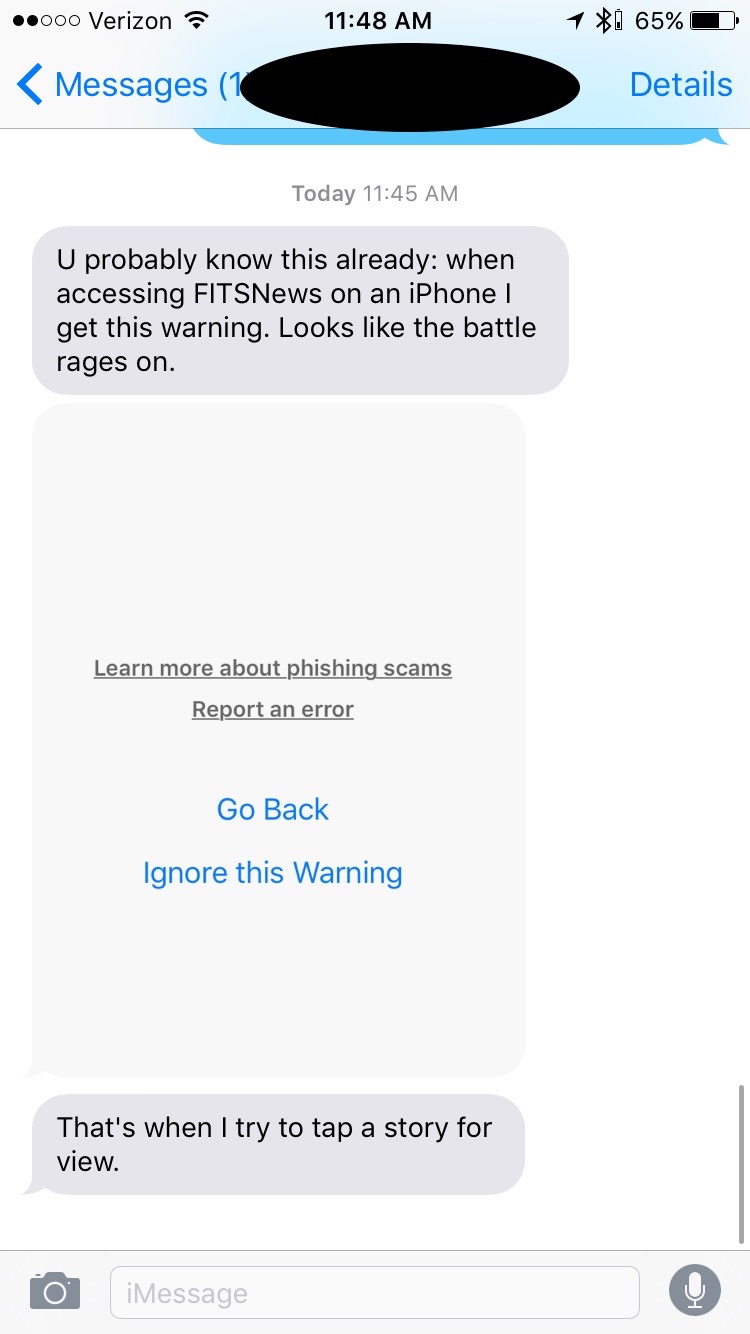 This sophisticated attack – which bounced internet protocol (IP) addresses off of at least five continents – brought FITSNews.com to its knees.  As you can see from the screen caps above (a few samples of the literally hundreds of messages we received), the website was rendered virtually inaccessible due to a barrage of malware warnings.

Even when users attempted to bypass these warnings, they couldn’t … and in a few isolated cases certain users reported experiencing actual attacks on their computers after visiting the site.

FITSNews has been hit with cyber attacks before, but never anything like this.

This was powerful – and premeditated.  Unfortunately, it was also extremely successfully in turning off this website’s microphone at the precise moment we were preparing to turn up the volume against the “Republican” establishment and its presidential candidates of choice.  As a result, the lore of Palmetto political “dirty trickeration” has added a decidedly modern chapter.

Lee Atwater would be proud.

So … who did it?  We have our suspicions, but given the level of sophistication associated with the incursion, we may never know for sure.

Of course there are some pretty interesting conspiracy theories out there …

“FitsNews pretending he was hacked is one of the most comical things to happen this primary season,” one of our commenters wrote recently.

Whoever took us down, they won this battle .. but not the war.

“I’m not going to stop … and the more you try to stop me, well, the more it validates what I’m doing,” our founding editor Will Folks wrote in the aftermath of the breach.

True that.  We will emerge from this attack smarter, stronger and safer than ever before.  In fact, this episode has forged in fire our founding editor’s relationships with two web warriors – the “Zen CIO” and “Hawaii 5-0” – intent on taking FITSNews.com to the next level.

In the meantime, though, we appreciate your support and patience as we navigate this most difficult chapter in our ongoing evolution as a new media outlet.

SC Ports In A Storm

I wouldn’t advise spending a bunch of money to address this. It might be a good time to consider doing something worthwhile instead.

You’re probably the one who did it.

It’s understandable why your advice is free.

Keep it free, no one is buying.

And you question my reading comprehension.

You really are monumentally stupid.

Ok, you win, I’m dealing with an intellectual genius that doesn’t understand that an obtuse comment would indicate obtuse advice

Ha! Ok, whatever gets you through the day. Salvage what’s left.

Glad Tommy (the thirteen year old who lives across the street from Will who acts as his Zen “CIO” and network manager) got it all worked out! Hope he didn’t have to miss any school!

RNC operatives, no doubt. Lee Atwater is PISSED! We’re the Bush Family grave yard now. So much for the ‘big tent’.

Back in the days when I was welcomed by the Republican elite to socialize with them at various functions and gatherings, I’ll never forget one evening when we were hobnobbing with Lee Atwater. Lee would mingle giving shoulder hugs, back slaps, etc. with everyone having a grand time. It was only when I was home did I realize that my Montblanc fountain pen was missing!

You must have really pissed off Lip Chimehouse.

BBC is the new BBS!

BBS! I couldn’t remember that acronym…

i don’t think the attack was politically motivated, i think they wanted to fuck Sic personally

And its still pretty funny.

The irony here is that your humongous ego can’t think in any way other than you ere “targeted” for being fitsnews.com.

You were “targeted” because you had an IP address and your firewall had a hole the size of a mack truck in it.

The screen is still jumpier than a PTSD suffering meth-addict in a house full of kids with gum, cap guns and bubblewrap…

It was the Mrs. Mark my words. You were slobbering all over Kathryn Dennis in that last piece and she was trying to get your attention.

Lot’s of these posts on here have less than 100 hits.
You may have a loyal following, but it is a very small following. Bot hits alone should give you a couple hundred hits. This site, for all practical purposes, is dead.

He had to weigh in on his area of expertise- dead blogs.

I loved it.FitsNews and it’s newest paid hac(?) ‘Flip’, got what they deserved, in my opinion.

I wuz going into FITS dt’s.
On a happier note, just an update;
BRUCE SPRINGSTEEN BURNED ATLANTA DOWN LAST THURSDAY NIGHT!!!!!!!
Wasted $300 on a room at the Omni, cause we couldn’t sleep for a day and a half!
Patti, was fetching!

Burned Atlanta down? Just checked and the place is still standing. Don’t get our hopes up like that!

Oh contraire, there is an ash ring in the floor of the Phillips Arena exactly where Patti was standing on the stage!!!!!

Saw him a few years ago in Greenville. Clarence was still with him (RIP). Great show.

Jake, Clarence nephew is now with the band. Never seen a band work the crowd like they did!
No opening act, no big intro, they just walked up on the stage, Max STOOD UP on the bass pedal twice, and they were non-stop for the next three and a half hours!
Plus Bruce mandates all his concession apparel be AMERICAN MADE!!!!!!!

The BOSS doing BEACH MUSIC!
You just sent me to musical NIRVANA!
THANKS!!!!!!

I got numerous Malware and even downloaded BS from the Fits Site. But, as an Apple Computer user, I just waded thru all the manure and got to the site without a problem. Then I just trashed the junk they sent me. Never open that stuff and you will be fine.

The only problem I had was when the site was just unresponsive, and would not open. But, that was only for a few short periods of time.

Norton kept me from the site and said it was blocking an attack from Nuclear Exploit Kit Redirect 4.

its a vast right wing conspiracy i tell ya . ruff ruff ruff

I heard from 3 people that Kerry Woods is taking credit for the Fits takedown. I don’t believe it as I think Kerry is an idiot, but I do believe the low life would make the claim. After all, he needs some reason to keep living.

He pitched for the Cubs?

Personally, our federal prisons were full of convicted and talented hackers who would do anything to get out from under the permanent ban from internet access. Sen Graham with DoD blessings using convicted hackers turned government informants to boost Jeb’s last chance for relevancy.

all I need is a fleshlight and some paper towels.hear about the hp officer in camden,sc
that’s just fucking awful