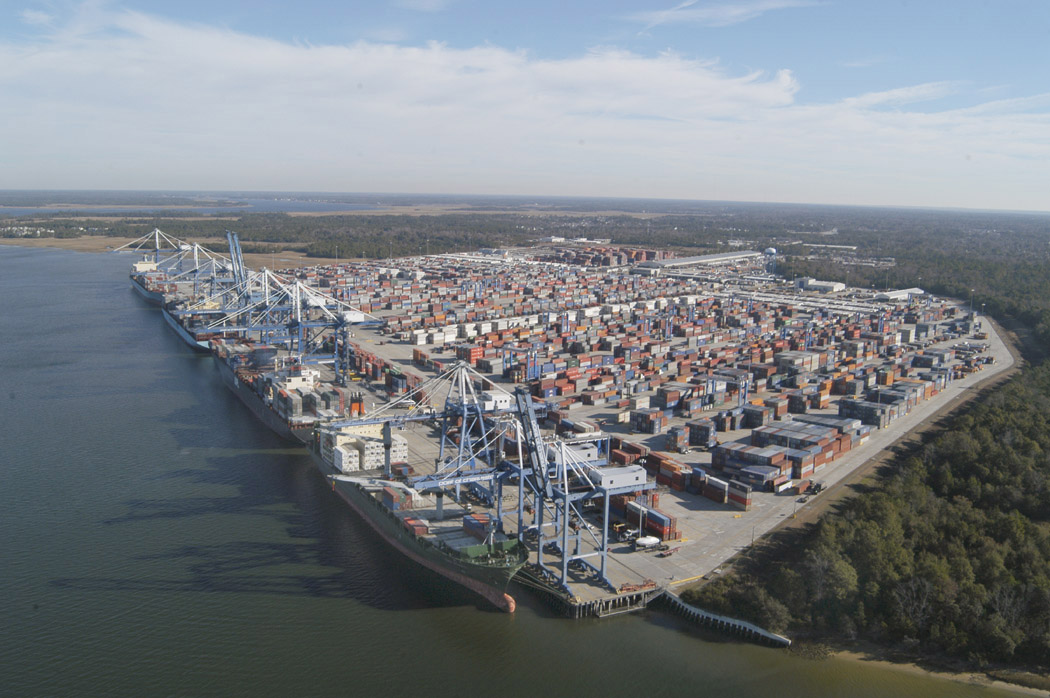 Two months ago we did a post highlighting record port growth in Georgia – a state which recently received a gift-wrapped competitive advantage courtesy of establishment “Republican” governor Nikki Haley.

The only problem?  Haley is governor of South Carolina, not Georgia.

While Georgia soars, South Carolina is struggling … hard.  In fact it’s gotten so bad mainstream media outlets in the Palmetto State are starting to pick up our narrative of the port’s precarious positioning – including some of the questionable expenses and dubious long-term plans we’ve brought to light in the past.

Take this report from David Wren of The (Charleston, S.C.) Post and Courier, an outlet that has historically served as a cheerleader for the S.C. State Ports Authority (SCSPA).  In fact as recently as five months ago Wren was “writing only glossy propaganda about the port,” one insider told us.

“Seven consecutive months of declining cargo volumes at the State Ports Authority have some members of that agency’s board questioning whether it’s time to take a magnifying glass to the budget,” Wren wrote, referencing concerns raised by SCSPA board member Rick Stanley.

“Among the items under scrutiny is the SPA’s spending on outside contractors to do legal, political lobbying and public relations work,” he added.

Of course if hard times continue, those politically-connected accounts are unlikely to be touched …

Port leader Jim Newsome told Wren a downturn would instead result in a hiring freeze, along with “early retirements” and delays in filling vacancies.  In other words regular people will get hung out to dry, not those with access to power.

Still, Newsome claimed budget cuts won’t be necessary because he doesn’t expect the downturn to continue.

“I think we’ll see a trend back up in the next couple of months,” Newsome told Wren. “And, hopefully, March will be significantly stronger.”

Really?  Certainly we hope Newsome is correct … but that’s an exceedingly rosy outlook given the performance of other economic indicators.

Also, the bottom line remains: Ever since Haley stabbed South Carolina in the back via her infamous “Savannah River Sellout,” it’s been all good news for Georgia’s ports and all bad news for ours.

Of course she got what she needed out of it so … our guess is her focus will probably remain elsewhere for the foreseeable future.