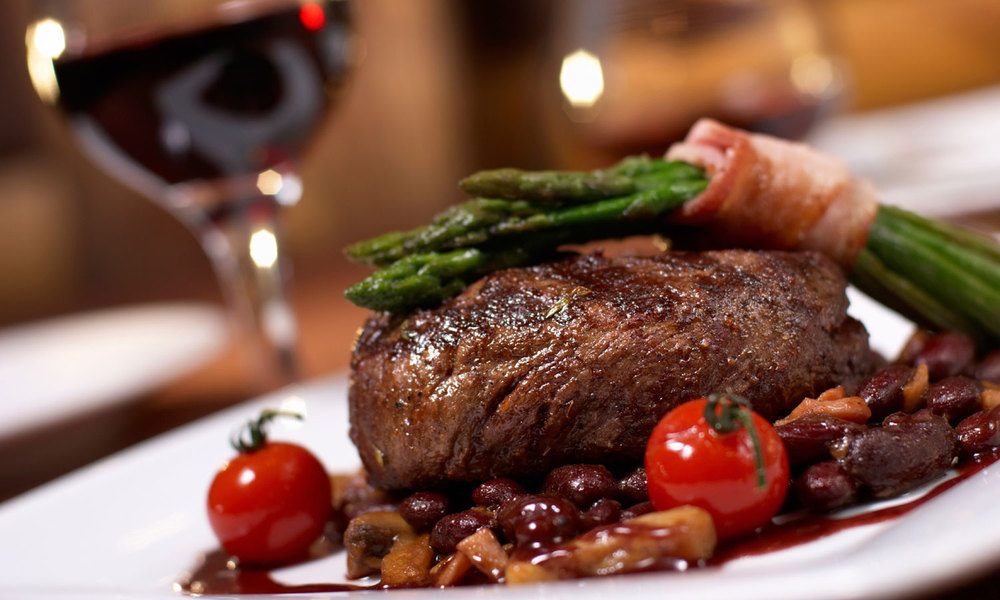 Is America already in another recession?  Maybe …

The fact we’re even asking that question probably isn’t a good sign, is it?

Anyway, there are dozens of economic indicators you can look at to try and answer that question … but one we’ve been paying especially close attention to lately is called the “Restaurant Performance Index.”  Published monthly by the National Restaurant Association, this metric “tracks the health of and the outlook for the U.S. restaurant industry.”

“What sector would you expect to benefit more from freed-up spending thanks to lower oil prices?” asked economist Harry Dent in his latest column.

Unfortunately, the index “fell sharply” in December – the latest month for which data is available.  In fact the decline experienced looked eerily familiar to a previous drop-off back in late 2007. 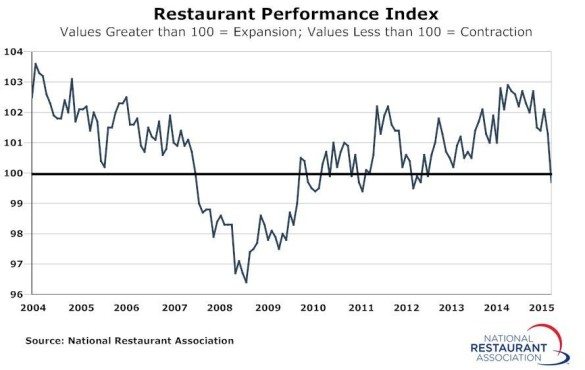 For those of you keeping score at home, the way this index works is simple: Anything above 100 is expansion, anything less is contraction.

“December marked the first time since February 2013 that the RPI stood below 100, which signifies contraction,” the association wrote on its webpage, citing ‘broad-based declines” in both in the current situation and “expectations indicators.”

In other words things are not only bad … they are showing no sign of improvement.

“It gets really ugly when you start digging into the index,” Dent wrote.  “For example, 73 percent of restaurants reported higher same-store sales in July. As of December, only 42 percent of them do.  Ouch.”

Dent also noted that only 13 percent of restaurants were reporting lower same-store sales last April – compared to 43 percent in December.

“That’s a pivotal shift in momentum!” he wrote.

This is not one of those “perma-bear” websites.  We don’t believe in perpetually dooming-and-glooming the national economy.  But we’ve also been to the “rainbows and unicorns” fantasyland – and we’re sure as hell not buying what they’re selling.

We’re said it before, we’ll say it again: America’s economy can be rescued – but doing so will require radical reorientation of the governing philosophy in Washington, D.C.  For example, there can be no more perpetual incentivizing of dependency.  No more status quo deficit spending.  No more crony capitalism (a.k.a corporate welfare).  No more invasive bureaucracy.  No more reckless global interventionism.  No more open borders.  No more secretive central bank “stimuli.”  No more rigged trade deals.

Things can change economically … but they won’t change until there is an ideological sea change in our nation’s capital.

“The Maestro” Is Worried About The Economy