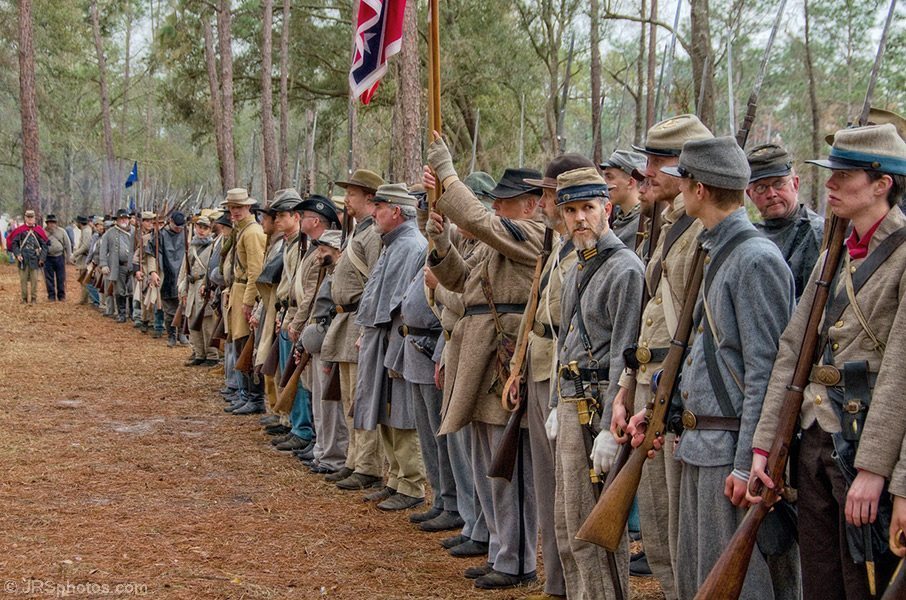 Richard Hines – the Washington, D.C. lobbyist whose name has become synonymous with the financing of neo-Confederate causes – has been an interesting figure to track during the current presidential election.

We briefly addressed his machinations in this post, but as the pivotal Palmetto presidential primary draws closer Hines appears to be stepping up his gamesmanship.

A military lobbyist who made big bucks during the administration of George W. Bush, Hines has ben coy about his choice of candidate in the “First in the South” race – leading many to believe he has been playing various presidential campaigns against each other.

Well, this week Hines finally made his public play … ostensibly for Donald Trump.

“Citizens are disgusted that Ted Cruz, Marco Rubio, and Jeb Bush would try to solicit Governor (Nikki) Haley’s endorsements after she disgracefully removed the Confederate Memorial flag at the Statehouse without her constituents” consent.” Hines said in a statement released this week. “The sentiment I’m hearing is: Better an honest Yankee from New York than RNC approved candidates seeking the support of South Carolina traitors.”

Sure … on the surface anyway.

It’s also consistent with what we’ve heard from rank-and-file supporters of the Confederate flag – which was removed from the grounds of the S.C. State House earlier this year following the “Holy City Massacre,” the murder of nine black parishioners in Charleston, S.C.

Hines is leading the effort to put the banner back.

Is he really supporting Trump, though?  Or is there more to his statement than meets the eye?

We think there is …

Hines went on to say he welcomed Trump to South Carolina – and looked forward to “hearing his remarks” at a town hall meeting in Columbia, S.C.

Even more interesting?  Before Hines sent his statement to the press, Trump’s campaign was reportedly peppered with media inquiries seeking more information regarding his position on the Confederate flag.

Did Hines leak his statement to reporters beforehand?  And if so, what sort of spin did he attempt to put on it?

Was that spin different than what he said in his press release?

For the record, Trump has been 100 percent consistent regarding the Confederate flag. His view?  The flag is a state issue … be it in South Carolina or in Mississippi, which is currently grappling with the banner’s presence on its state flag (which appeared prominently during the pre-game festivities at Super Bowl 50).

Obviously Trump’s consistency stands in stark contrast to Haley, who flip-flopped on the flag only after her crony capitalist masters expressed their displeasure with the banner.

Previously she supported it.

Will Hines’ machinations impact the “First in the South” race?  Probably not …

He commands a diminished, aging army – and all indications are that his “generals” are ill-equipped to do battle in the modern digital era of issues-based campaigning.  Also, the last time we checked the “Rebel” leadership in South Carolina remains badly divided.

Plus, as we pointed out, the vast majority of flag backers we’ve talked with at the grassroots level tell us they are already backing Trump regardless of what Hines says.