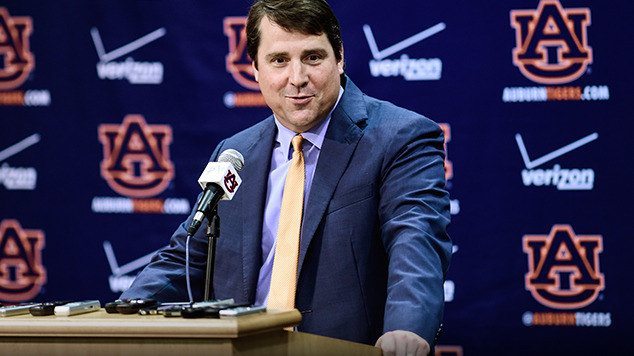 By FITSNEWS  ||  Former Florida Gators head football coach Will Muschamp is headed to Auburn to become the Tigers’ next defensive coordinator – a major coup for a program looking to get back into national championship contention in the most difficult division in college football.

Muschamp’s decision to join head coach Gus Malzahn‘s staff surprised many seeing as the University of South Carolina was believed to have the late edge in luring the 43-year-old Rome, Georgia native.

Guess not … instead he signed a three-year deal with Auburn believed to be in the neighborhood of $1.8 million per year.

According to our sources, the “head coach in waiting” designation he wanted from the Gamecocks was never on the table.

“South Carolina already has a head coach in waiting,” a source close to the Gamecock program told FITS, referring to USC wide receivers coach and co-offensive coordinator Steve Spurrier, Jr.  “You can’t offer a man something that isn’t available.”

In addition to his coaching responsibilities, Spurrier Jr. is also South Carolina’s recruiting coordinator – which is a tough job to have at the moment.  At last count the Gamecocks have lost five commitments from their class of 2015 – including a trio of offensive linemen.  Four of those commitments were scheduled to be January enrollees in the program.

This Is Not What We Meant By “Paying Players”