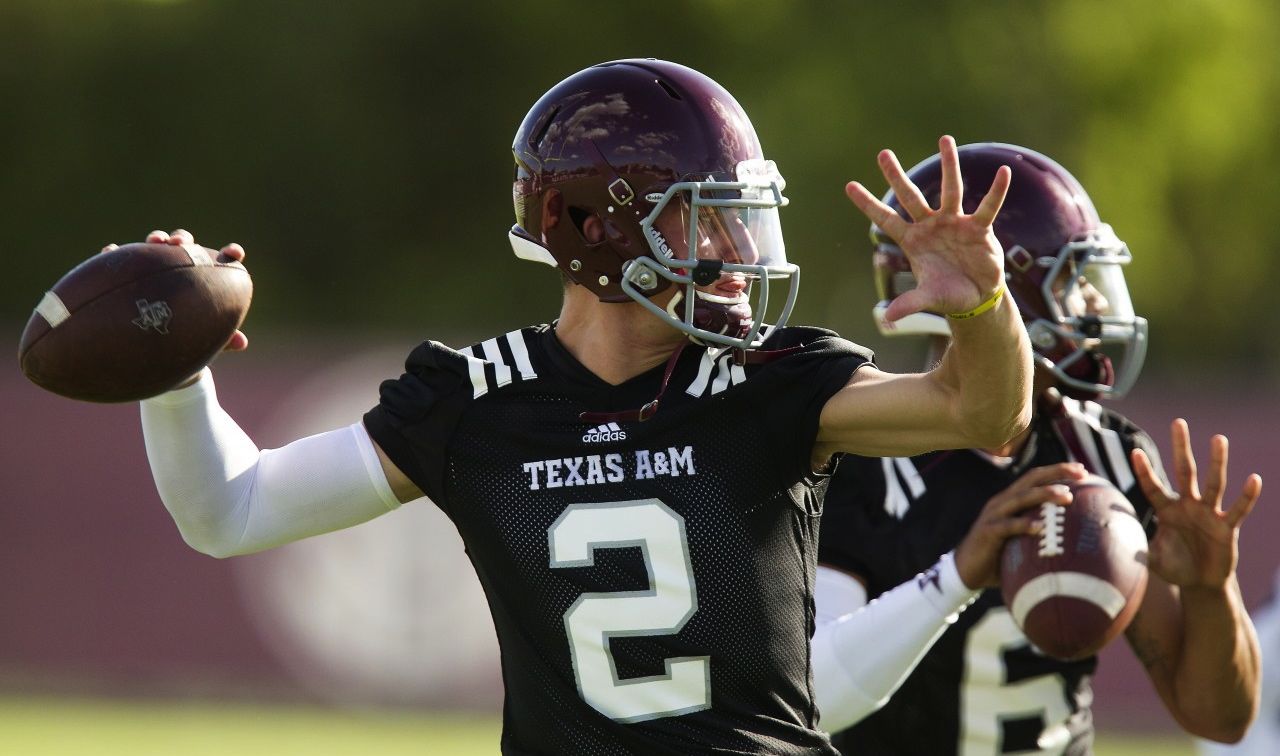 Texas A&M’s troubled quarterback Johnny Manziel avoided serious repercussions from an autograph signing scandal this week when the NCAA announced he had committed an “inadvertent violation.”

That means the 2012 Heisman Trophy winner – who was accused of receiving thousands of dollars from sports memorabilia agents in exchange for signing autographs – will only have to sit out the first half of the Aggies’ 2013 season opener against Rice on Saturday.

According to one report, Manziel was paid $7,500 to sign Texas A&M helmets while attending the Walter Camp Football Foundation in New Haven, Connecticut back in January.

While that may have indeed happened, the NCAA couldn’t prove it. Or as the school’s senior associate athletics director told USA Today, “there is no evidence Manziel received monetary reward in exchange for autographs.”

The only thing the NCAA was able to conclusively establish was that Manziel should have known that the autographs he was giving away were going to be resold.

“Student-athletes are often asked for autographs from fans, but unfortunately, some individuals’ sole motivation in seeking an autograph is for resale,” a statement from the agency noted. “It is important that schools are cognizant and educate student-athletes about situations in which there is a strong likelihood that the autograph seeker plans to resell the items.”

In addition to his one-half suspension, Manziel must also address his teammates about the lessons learned from his experience.

It would appear the only lesson learned in this situation is that Manziel – like 2010 Heisman Trophy winner Cam Newton – is getting a hall pass.

who cares. Its kind of a rediculous rule anyways. We act as if we allowed college athletes to make money they would all turn into Miley Cyrus tommorow

Well actually, his obnoxious antics in the Rice game seem Miley-like. Both he and Miley are headed for an implosion. In the case of Manziel, I hope that that implosion also comes with the added bonus of a powerful and damaging hit by a defensive lineman… you listening Alabama and LSU? Yeah, let’s just admit it… he’s a prick.

JOHNNY FOOTBALL GETS OFF

I didn’t know Will watched gay porn(lotta chicks dig it,too),and as I remember,this was a ‘solo’ straight guy vid compilation…
Ummm.Baby boy is full of surprises! I like a balding guy w/a big butt…