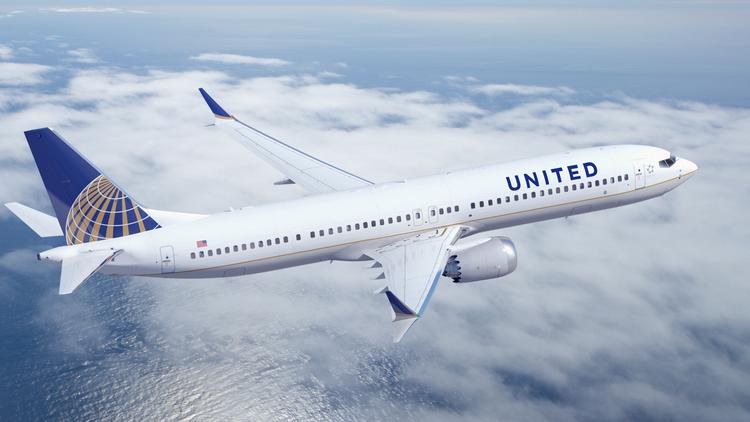 || By FITSNEWS || The former CEO of United Airlines – who resigned in disgrace amid a federal corruption probe of one of New Jersey governor Chris Christie‘s top allies – received an exit package from the company valued at anywhere between $21-28 million.

Oh, and Jeff Smisek gets to keep his company car – which he can park free of charge anywhere in downtown Chicago (and at airports in Houston and Chicago) for the rest of his life.

He also gets to fly free on United Airlines for the rest of his life.

Must be nice … right?

United is accused of establishing a money-losing direct route to Columbia Metropolitan Airport at the behest of former port authority chairman (and former New Jersey attorney general) David Samson – a Christie ally who spent weekends in South Carolina with his wife.

The favor was done for Samson at a time when United was seeking taxpayer funds in connection with a $2 billion expansion of Newark Liberty airport – one of the carrier’s biggest hubs.

Samson resigned his position with the port authority during the 2014 “Bridge-gate” scandal – taking the fall for Christie, who is also reportedly part of the federal investigation.

Not surprisingly, outrage has ensued in the aftermath of Smisek receiving his golden parachute.

“These so-called ‘elites’ have perverted American justice to such a degree that not only are they now entirely above the law, they’re actually rewarded for unethical and crony behavior even after they get caught,” wrote Michael Krieger of Liberty Blitzkrieg.

If corporate cronyism makes you want to barf, too … don’t do it on a United plane.  Apparently they’ve been having some issues lately cleaning up after themselves.  According to CBS Sacramento, a couple taking an anniversary trip to Hawaii found a full barf bag inside a blanket stowed away in the seat-back pocket in front of them.  Not only that, the contents of the bag spilled all over the couple when they attempted to hand it over to a United flight attendant.

All the airline gave them for their trouble? A $300 credit on a future flight …

$21-$28 million for being a loser, and the thousands under him busting their asses to run the company despite his failings get chicken feed.

If your contract guarantees you a payout for fucking up then fucking up should be expected. They are begging to be fleeced. No matter how many Fiorinas a company goes through it still hires CEOs with the same golden parachute expecting something different.

I think they should be executed. You’d see much better performance then. Let’s have them get some skin in the game.

If it weren’t for Carly they’d be no HP today. The board fucked her over for no reason. I don’t know if I want her to be president as she has as much ice water in her veins as Hillary.

If capitalism rewards failure, why isn’t everyone out of business?

If capitalism didn’t reward failure, we wouldn’t be commenting on it rewarding failure.

Carly getting paid millions after throwing 30,000 people onto the street is the result of both a poorly run corporation and capitalism.

Nah, just a poorly run corporation. If capitalism rewarded failure then everyone would fail, on purpose none the less.

The corporation is allowed to give CEOs those kinds of severance packages and allows them to lay off people by the tens of thousands. That is all part of capitalism. The company loses a lot of its market share, 30,000 people with families now have to struggle to find a job, and Carly walks away with big money. Failure, rewarded, by capitalism.

“The corporation is allowed to give CEOs those kinds of severance packages and allows them to lay off people by the tens of thousands. That is all part of capitalism.”

So what would you do? Force corporations to not be stupid?

You’re confusing a corporation being part of capitalism as capitalism itself. It’s not logically sound.

Again, if your claim that “capitalism rewards failure” was true everyone would deliberately fail…lol…which while funny is not true.

Sorry, but you are the one confusing things here. Carly’s contract was designed by a private business, corporation or not. They gave her a stipulation that she would make a large amount of wealth, some based on her performance, but a large amount regardless of her performance. This gentleman who received a $21 million buyout received the same type of deal. The business therefore rewards an individual regardless of their performance. Capitalism has therefore rewarded failure.

What I would do is not relevant to this fact. I believe there is no perfect system, but I do believe that one way to address flaws with one system is to look outside the system for ways of solving it.

Your strawman is rather silly. I never stated that capitalism rewards all failure, but it is absolutely clear it rewards some forms of failure.

LMAO! If you can’t see/distinguish corporations from capitalism then we are at an impasse.

“I never stated that capitalism rewards all failure, but it is absolutely clear it rewards some forms of failure.”

Oh, ok…well then you should change your name to “Capitalism rewards some forms of failure” then.

If HP invents a supercomputer that far surpasses all competitors and doubled its market share within a short period of time, there are many people who would credit capitalism for enabling success.

HP chose to hire someone that sacked 30,000 of its employees and gutted its market share, and they offered her terms that allowed her to be paid handsomely for it. If a system allows something like that to happen then it is clear there is a flaw in the system because it has rewarded failure.

If capitalism rewarded all failure, those 30,000 people who were fired would also be rich, but they are not.

If capitalism rewarded all hard work, I am sure many of those 30,000 people would not have been let go.

Should we also say capitalism rewards some hard workers?

Say whatever you want, it’s a semi-free country.

Your envy is showing.

Ask Tango – his blog failed – let’s see how that worked.

We don’t know enough about Tango to surmise how his failure is being rewarded. It could be through some private company unaware of his mental instability, or through various government welfare programs, or even a mixture of both.

Your comment reminds me of the movie “The Producers”…lol…great movie.

And a shity board. Odd, sort of like being a large corporate CEO is now like being a failed first round pick in the NFL. You can suck, and you still get a contract payout.

Maybe it’s the boards. So going forward, if a CEO fails, the board has to pay $25 million into Catholic Charities. Bet those fookers wouldn’t be holding out parachutes then.

You have to be at the multi-national level. If you’re in business for yourself and screw up, everyone loses, yourself, your employees and your family.

For the record – getting to fly on United for life, even if free – isn’t a big perk.

Democracy Capitalism is the worst form of government economy, except for all the others. — Winston S. Churchill Bible Thumper

Pope: “Only One Golden Parachute Matters”

Yeh and when Bush gets in office and enacts his tax cut(53% of which goes to the wealthy) ,he will make out even better.