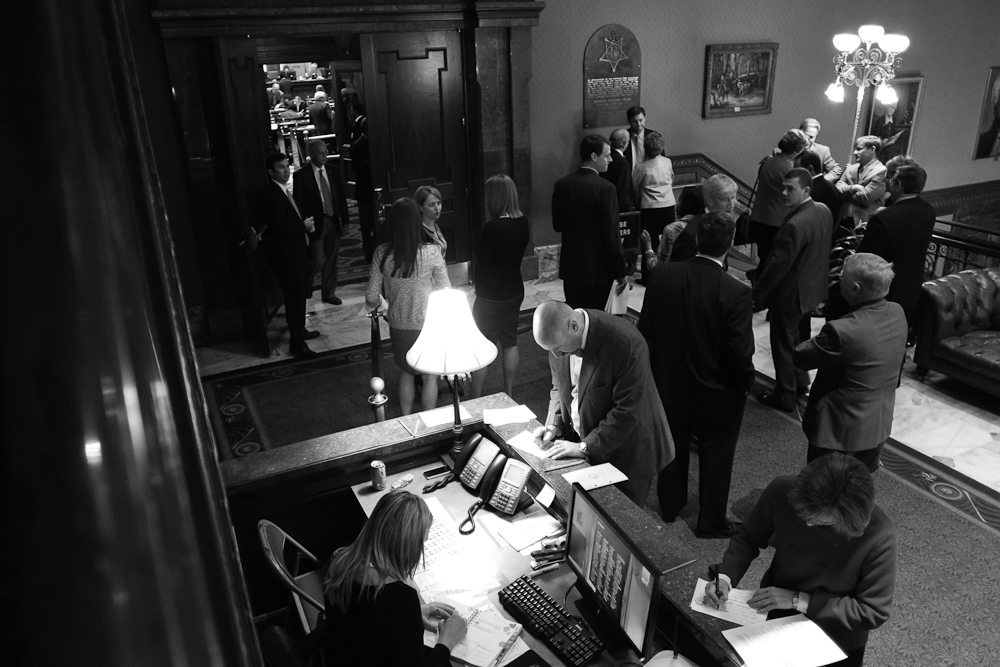 || By FITSNEWS || Late in the day on a Friday – for publication in its Saturday editions – The (Charleston, S.C.) Post and Courier ran the first installment of a joint investigation with the Center for Public Integrity.

Entitled “Capital Gains,” the investigation alleges that “South Carolina elected officials and candidates have what amounts to a personal ATM that dispensed nearly $100 million since 2009 for such things as car repairs, football tickets, male-enhancement pills, GoPro cameras, overseas junkets and gasoline.”

Lawmakers also “used this cash machine to hire their own companies, pay parking tickets, purchase an AARP membership – and even buy a used BMW convertible for ‘parades.'”

Many of the allegations – and the names of those “leaders” accused of corrupt behavior – are not new to readers of this website.

For example, three of the names mentioned in the report – S.C. Reps. Rick Quinn, Gilda Cobb-Hunter and Jimmy Merrill – have also been mentioned in connection with an ongoing joint federal-state probe into legislative corruption.

Exclusively unearthed by this website last September – “the probe” brought down former S.C. Speaker of the House Bobby Harrell nearly a month later.  The powerful legislative leader resigned his office after pleading guilty to six ethics violations – receiving three years of probation, hefty fines and a ban on seeking office for the duration of his punishment.

S.C. Senator Hugh Leatherman is the highest ranking official mentioned in the document – which zeroes in on his use of more than $109,000 in campaign funds between August 2009 and August 2015 on “constituent gifts,” “Christmas ornaments” and “constituent flowers.”  This website exclusively reported on those expenditures (here and here).

Left out of the report, though?  Leatherman’s more “concrete” corruption.

S.C. governor Nikki Haley got dinged, too, for receiving $380,000 worth of free University of South Carolina and Clemson University football tickets – which the report concluded “appears to be allowed under state law.”  Of course the story – written by Tony Bartelme and Rachel Baye – failed to point out Haley provided Clemson’s football coaches with use of the state plane to travel to recruiting destinations.

According to the Center for Public Integrity/ Post and Courier report, numerous lawmakers and candidates “cloak expenditures with vague terms such as ‘travel,’ ‘unknown’ and ‘incidentals.’ It shows how they follow a murky ethics rulebook that allows nearly unlimited spending.”

The report also addresses the corrupt “self-policing” mechanism that we’ve been exposing for years – in which lawmakers have exempted themselves from the jurisdiction of an independent ethics commission by establishing their own legislative ethics committees.  Not surprisingly, these committees have proven adept at whitewashing and burying scandals in the past.

Bottom line?  There’s a ton of new information contained in this report – as well as information which will capably amplify or supplement stories published previously by this website and other media outlets.

Oh, and this is just the first installment … there’s more to come.

Why Michelin’s Tire Plant Is Mothballing