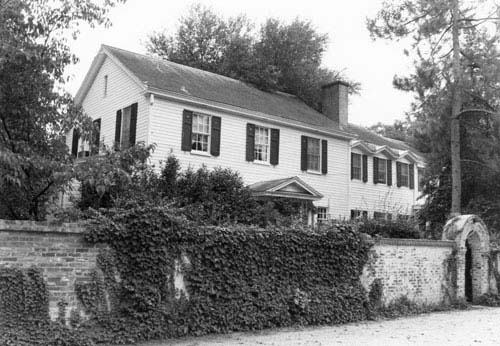 … IF YOU CAN HANDLE IT

|| By FITSNEWS || You may have missed our earlier posts, but the scandal involving New Jersey governor Chris Christie‘s “fall guy” is growing … and has deep roots in South Carolina.

In fact Augusta Magazine did a big story last fall on the $2.4 million, 4,400-square foot home owned by former Port Authority of New York and New Jersey leader David Samson – the man at the heart of the scandal.

According to investigators, Samson got United Airlines to establish a direct flight from Newark to Columbia, S.C. so that he wouldn’t have to drive from Charlotte, N.C. to Aiken on his weekend forays down south.  The route was allegedly requested at a time when United was trying to get the port authority to invest tax dollars in a $2 billion upgrade of Newark airport, one of its busiest hubs.

Samson got his route … and Newark got its upgrade.

Of course Samson had to resign his post in 2014 in the aftermath of Christie’s “Bridge-gate” scandal, and this week United chairman and CEO Jeff Smisek resigned amid an ongoing federal investigation of Samson.

Anyway, according to the flowery piece in Augusta Magazine, Samson decided to purchase the Aiken mansion – dubbed “Rest Period” – after eyeing it covetously while walking his dogs.

“Every day he admired Rest Period,” Joanna Samson told the magazine. “It was his favorite house on the block.”

Okay … but what were the Samsons doing in Aiken in the first place?

“We came to Aiken because of my equestrian activities,” Joanna said. “I am a master of foxhounds for the Fairfield County Hounds in Connecticut.”

In fact according to author Lucy Adams, “over the mantel in the den hangs a panoramic photograph of Joanna leading a group of foxhunters past a pastoral Connecticut cornfield.”

Here’s more on the house …

The focal point of the dining room is the nine-foot-long table constructed of vintage wood planks. It stands stoutly atop a sisal rug. Overhead, a tiered Tole chandelier with a bluish-green patina gently brightens the dining experience. Leather upholstered chairs with nail-head detail entice conversation to continue long after the last course is cleared. On pleasant evenings, however, dinner guests may retire to the terrace through the glass-paned door aside the fireplace.

An abstract painting in reds and greens, by Matt Wood, draws the eye to the 19th-century French buffet beautifully carved in relief. Next to the buffet is a French throne chair with the original needlepoint. Across the room, a French porter’s chair made of rattan tucks into the windowed alcove with a view to the gardens on the east side of the house.

Blues and whites in the second floor master bedroom soothe the soul and brighten this private retreat. Generous his-and-hers closets and full baths surfaced with travertine tiles and black absolute granite counters are situated on opposite sides of the sitting area. An upholstered coffee table crouches on legs that look eager to begin the chase.  It nods to the playful upholstery in the living room.

Doors open onto a porch outfitted with brown wicker chairs and deep cushions. A fresh breeze sifts through the white spindles of the railing fastened to floor planks painted gray. An awning extends the roofline and shades the view to the pool and the gardens below. Branches of the live oaks fold the sky into shadows that dance along the pathways.

For those of you keeping score at home, two officials were indicted related to Christie’s “Bridge-gate” scandal back in May.  A third official pleaded guilty to conspiring to commit fraud on public property.

He hasn’t been a credible presidential candidate for some time.  In fact things have gotten so bad the political action committee that was created to discredit his ambitions has folded – arguing Christie has sufficiently discredited himself.