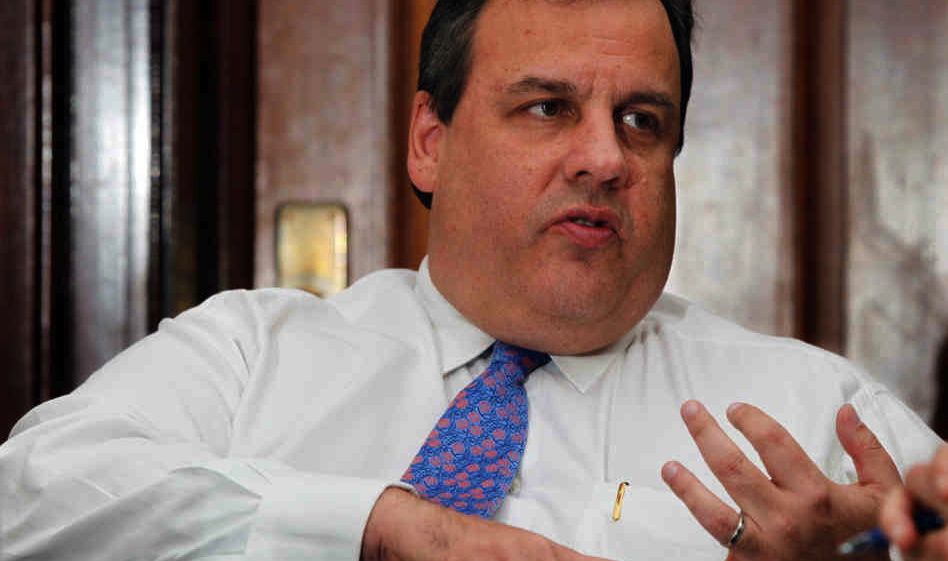 IS IT “GAME, SET, MATCH” FOR THIS ROTUND “REPUBLICAN IN NAME ONLY?”

Did Garden State Gov. Chris Christie have a priori knowledge of his administration’s plans to create traffic jams in Fort Lee, New Jersey – home of a Democratic mayor who refused to support his 2013 reelection bid?

Even worse … could the decision to shut down access ramps to the George Washington Bridge (thus creating the traffic jams) have actually been Christie’s idea?

The candidate – and make no mistake, Christie is running for president in 2016 as the new “establishment” Republican – swears the answer is no. In a statement issued the day the scandal broke, he claimed he had no prior knowledge of the lane closings.

“What I’ve seen today for the first time is unacceptable,” he said. “I am outraged and deeply saddened to learn that not only was I misled by a member of my staff, but this completely inappropriate and unsanctioned conduct was made without my knowledge. One thing is clear: this type of behavior is unacceptable, and I will not tolerate it because the people of New Jersey deserve better. This behavior is not representative of me or my Administration in any way, and people will be held responsible for their actions.”

Christie reiterated his “no prior knowledge” claim during a two-hour press conference the following day. He also fired his deputy chief of staff Bridget Anne Kelly – who according to emails helped orchestrate the lane closings with David Wildstein, one of Christie’s high school friends and his appointee to the Port Authority of New York and New Jersey.

And as we predicted the GOP establishment – including S.C. Gov. Nikki Haley – rushed to Christie’s defense, saying he showed “leadership” in responding to the scandal.

Did they jump too soon, though?

Last week, attorneys for Wildstein – who previously resigned over the lane closing debacle – dropped a bombshell when they announced evidence existed linking Christie directly to the scandal.

“Evidence exists as well tying Mr. Christie to having knowledge of the lane closures, during the period when the lanes were closed, contrary to what the Governor stated publicly in a two-hour press conference,” the letter stated.

Christie – as expected – doubled down on his denial, with his office issuing a statement reiterating that he “had absolutely no prior knowledge of the lane closures.”

He also sent out a 700-word email blasting the integrity of his former friend, saying “bottom line—David Wildstein will do and say anything to save David Wildstein.”

So that’s where we are at with this scandal … which has already done major damage to  Christie’s presidential aspirations.

Will it prove fatal? That depends …

If Wildstein’s attorneys are correct and evidence exists showing Christie knew about the lane closings, you can pretty much stick a fork in his presidential bid. If no such evidence emerges, though, Christie could easily bounce back from the scandal. After all, the GOP establishment clearly loves him … and voters’ attention spans clearly aren’t sufficiently long to hold “Bridge-gate” against him, assuming of course the scandal remains (relatively) contained.

If Christie does go down, though, you’d better believe another fiscally liberal “Republican” will emerge to take his place.

Related Topics:Chris Christie
Up Next

Never A Dull Moment In DC