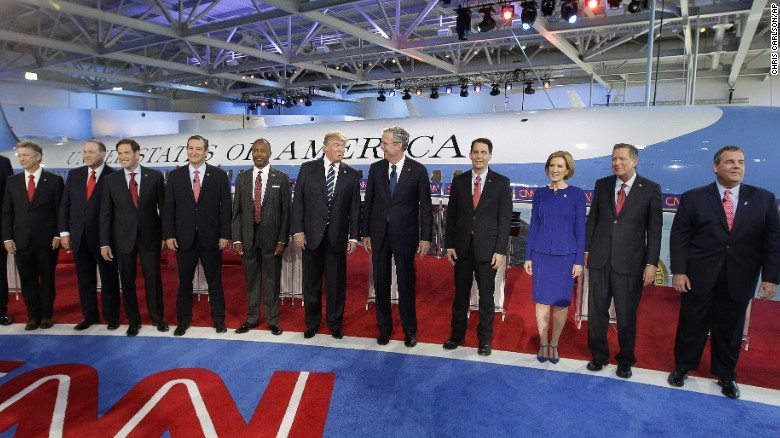 Who won?  According to each of the candidates, they did.

During and after the debate, our email inbox was bombarded with dozens of news releases and statements from the various campaigns looking to capitalize on their candidates’ performance – and spin the results of the proceedings.

U.S. Senator Rand Paul of Kentucky – a guy who was desperate to gain some traction – released a series of complimentary tweets from journalists and supporters regarding his foreign policy views.

“Rand Paul hits back directly and intelligently. No dodging or politispeak,” he tweeted.

Wisconsin governor Scott Walker – whose campaign has been in free-fall mode of late – tried to highlight his ability to take the fight to GOP frontrunner Donald Trump.

U.S. Senator Ted Cruz of Texas – a one-time Tea Party favorite eager to recapture some of the limelight – sent out a flurry of emails touting his opposition to U.S. president Barack Obama‘s Iranian nuclear deal.  In fact during the debate, Cruz ran a television ad in Iowa, New Hampshire, South Carolina, and Nevada

You know … even though he and every other U.S. Senator on the stage fell for a bait and switch on the agreement.

Former Florida governor Jeb Bush – the race’s former frontrunner and the top choice of establishment “Republicans” – sought to brand himself as a Ronald Reagan-style conservative.

“Jeb Bush was firm, confident and optimistic – and demonstrated that he is the real conservative reformer with a proven record in this field, and he knows how to keep our country safe,” a release from his campaign stated.

Finally, Bush touted his demand for Trump to apologize to his wife, Columba Bush, for remarks perceived as offensive to Latinos.  Trump refused.

Making her first appearance on the “big stage,” former Hewlett-Packard CEO Carly Fiorina also went after Trump – questioning his use of a discredited Hillary Clinton ally to bash her.

“Carly was a successful CEO by any metric,” said Leslie Shedd, a Fiorina spokeswoman.  “She nearly doubled revenue to more than $80 billion, tripled innovation to 15 patents per day, more than quadrupled growth, and grew HP to be the 11th largest company in the country. Jeffrey Sonnenfeld is a Clinton ally with dubious motives and no actual business experience. Donald Trump has questioned Sonnenfeld’s credibility in the past, but now is relying upon him to repeat the Democrats’ recycled attacks against Carly – and that speaks volumes.”