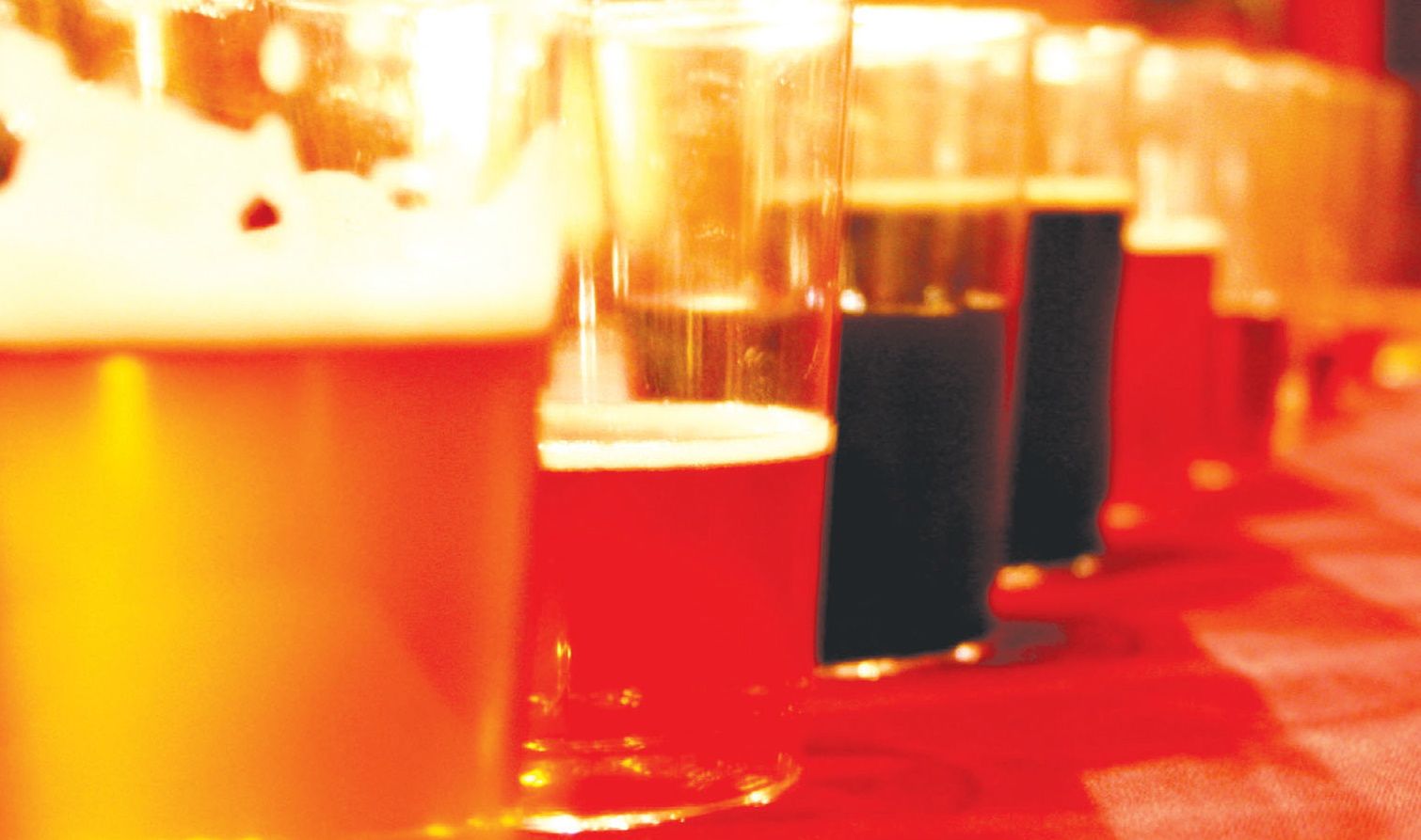 BUT THE BARTENDER BUSINESS IS BOOMING …

|| By FITSNEWS ||  If you watch your local nightly news this evening, you’ll hear that America’s economy created 215,000 jobs during the month of July – and that “job gains occurred in retail, trade, health care, professional and technical services, and financial activities.”

You’ll also hear that the nation’s unemployment rate remained at 5.3 percent – well below its recessionary highs.

Good news?  That’s what they are hoping you will think … “they” being the “rainbows and unicorns” crowd which would have you believe “everything is awesome” with the U.S. economy.

In reality, the last jobs report from the federal government (.pdf here) reveals the employment situation in America isn’t everything it’s cracked up to be … again, assuming you take the government’s data on face value (which you probably shouldn’t).

According to the latest government data, the number of working age Americans not participating in the labor force grew by 144,000 to a record 93.8 million people in July.   As a result the nation’s labor participation rate remained stuck at 62.6 percent – where it was last month (a.k.a. a depth not seen since 1977).

Courtesy of our friends at Zero Hedge, here’s what that looks like in chart form … 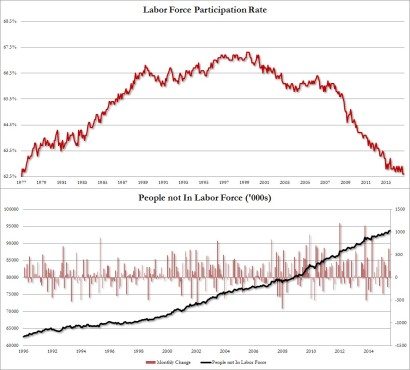 Also wage growth was once again flat … meaning it got a little bit harder last month for those Americans who are lucky enough to be in the labor force to make ends meet.

Finally, we have the nagging “quality of jobs” issue – as highlighted by this Zero Hedge post which shows that since December 2007, the U.S. economy has replaced the 1.4 million manufacturing jobs it lost with 1.4 million new waitresses and bartenders. 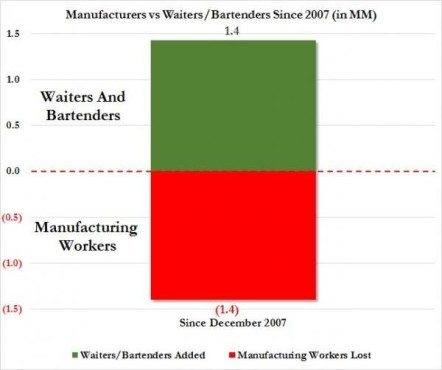 Please … maybe for the oligarchs who are padding their pockets in support of such deals.

But not for you …

We’ve said it before, we’ll say it again: America needs to fundamentally reverse its current governing philosophy and start growing the economy, not the federal behemoth.  It needs to start letting consumers do the stimulating, instead of pumping trillions of dollars we don’t have into wealth redistribution, crony capitalism, welfare statism, global interventionism and socialized medicine.

More of the same dependency-inducing, debt-exploding unsustainable government growth is a recipe for more of the same stagnation.  And make no mistake, America simply cannot afford that.