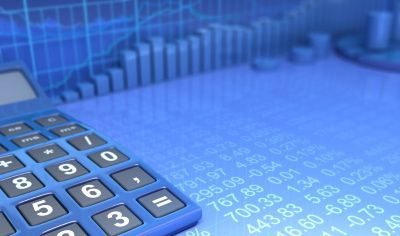 A shocking report in The New York Post accuses employees at the U.S. Census Bureau – which conducts monthly unemployment surveys for the government’s widely watched jobs report – of manipulating this data in the months leading up to U.S. President Barack Obama’s reelection.

“Just two years before the presidential election, the Census Bureau had caught an employee fabricating data that went into the unemployment report, which is one of the most closely watched measures of the economy,” the Post’s John Crudele reported this week. “And a knowledgeable source says the deception went beyond that one employee — that it escalated at the time President Obama was seeking reelection in 2012 and continues today.”

According to Crudele, the employee – Julius Buckmon – admits to the data manipulation, saying “he was told to make up information by higher-ups at Census.”

Each month, Census conducts approximately 60,000 in-person and telephone interviews as part of its “current population survey.” The employment data from this survey is fed to the U.S. Bureau of Labor Statistics (BLS) – the division of the Department of Labor responsible for publishing the nation’s monthly employment situation report.

Buckmon tells Crudele he “filled out surveys for people he couldn’t reach by phone or who didn’t answer their doors.”

In other words he fabricated survey respondents  … and gave them fabricated jobs.

According to Crudele, “Census never publicly disclosed the falsification. Nor did it inform Labor that its data was tainted.”

The Labor Department has since launched an investigation into the claims.

“We have contacted the Census Bureau about this, and it has been referred to the Commerce Department inspector general,” a spokesman for the agency told The (U.K.) Guardian.

He wasn’t the only one …

Richard Manning of Americans for Limited Government – a former Department of Labor official – joked that Obama must have “hired infamous Iraqi Information Minister Baghdad Bob to calculate the unemployment rate.”

While the nation’s unemployment rate has fallen since the nadir of the Great Recession, much of that decline is attributable to Americans giving up their search for gainful employment. That’s resulted in a steady decline in the labor participation rate – which tracks the percentage of working age Americans who are either employed or looking for a job.

In October, the labor participation rate stood at 62.8 percent – its lowest reading since March of 1978.

UPDATE: Crudele’s report has prompted calls for a Congressional probe of the alleged labor data manipulation …

US Military Spending: A Black Hole