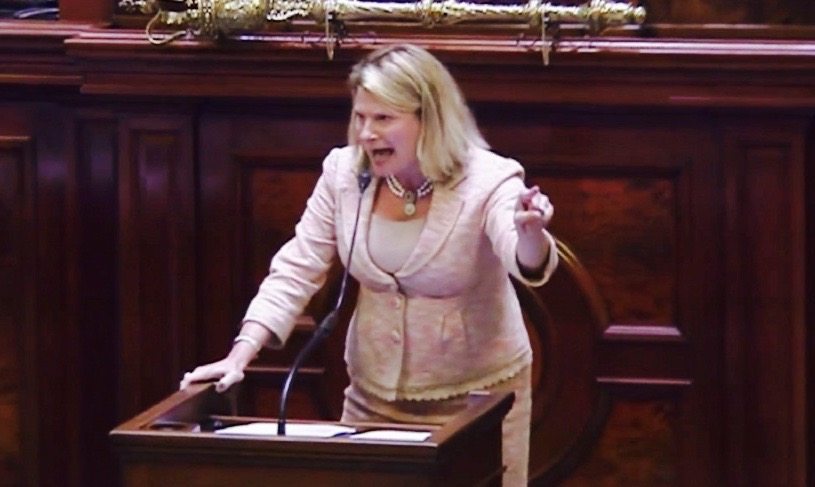 || By FITSNEWS || Declaring that “I have it on good authority that the world is watching,” S.C. Rep. Jenny Horne stole the show during this week’s debate over the removal of the Confederate flag.

Horne’s tearful, impassioned plea to take down the controversial banner – along with her claim to be a direct descendant of former Confederate States of America (CSA) president Jefferson Davis – have been credited far and wide with turning the tide of battle in the chamber.

“She made me proud to be a woman,” an aide to one State Senator told us while watching the House debate.

“She represents the new south,” another politically savvy observer told us. “Bucking the good ole boys.”

Not surprisingly, national coverage has followed Horne’s moment … with one headline proclaiming “how a descendant of the president of the Confederacy helped vanquish his flag.”

Not long after Horne’s speech, the S.C. House voted 94-20 to remove the banner “free and clear” – which is exactly what the S.C. Senate voted to do earlier in the week by a 37-3 margin.

The House vote came three weeks after the horrific, racially motivated “Holy City Massacre” – the mass murder of nine black churchgoers at the Mother Emanuel AME Church in downtown Charleston, S.C.  The Mother Emanuel victims – among them S.C. Senator Clementa Pinckney, the church’s pastor – were gunned down during a Bible study by Dylann Storm Roof, a 21-year-old white supremacist who used the Confederate flag as his calling card.

We supported removing the flag (for more on “why” click here and here).  In fact lawmakers pretty much followed our advice in taking the banner down sooner rather than later.

But now … as the dust settles from the debate … Horne’s passionate advocacy is coming under fire.

First, she’s been accused of lying about her ancestry. 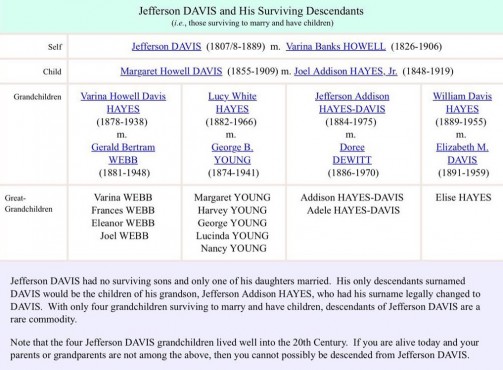 “All known descendants (of Davis) belong to the Hayes family in Colorado,” another source confirmed, referring to descendants of Margaret Howell Davis Hayes.

In addition to questions related to her ancestry claim, Horne is also getting grilled regarding her evolving position on the amendment she so emotionally torpedoed – a proposal by S.C. Rep. Rick Quinn to build a taxpayer-funded “shrine” in the state’s government-run Confederate Relic Room.

“She was for the Quinn amendment before it made it her cry,” one pro-flag lawmaker told FITS.

Indeed multiple “Republican” lawmakers have confirmed Horne spoke in favor of the amendment at a GOP Caucus meeting mere hours before she assailed it from the floor of the House.  She also reportedly gave Quinn and two other lawmakers – former majority leaders Kenny Bingham and Jimmy Merrill – here word that she would support it.

“She lied – and there’s a price to be paid in this chamber for that,” one of these lawmaker told FITS.

Specifically, the lawmaker said Horne’s chances of earning a coveted judicial nomination – which she’s been angling for in recent months – took a beating in the aftermath of her speech.

We reached out to Horne in an effort to get her take on all this but didn’t immediately hear back from her.  Obviously we’ll let you know if we hear from her.

For the record, we think Horne did the right thing.  Whether she did (or didn’t) tell the truth about being a descendant of Jefferson Davis – or whether she flip-flopped (or didn’t flip-flop) on the amendment in question at the last minute – those are certainly items to consider in forming one’s opinion of Horne, but ultimately we were glad to see someone stand up and say some of the things she said.