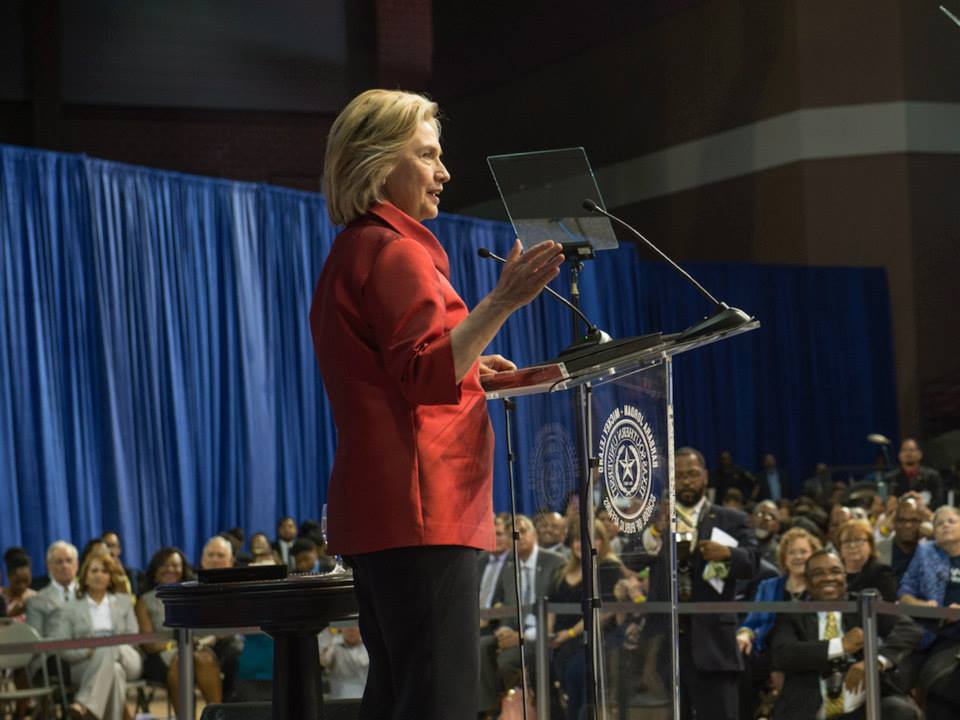 In an interview scheduled to air this week on the network, Clinton was given the opportunity to rail against her leading “Republican” rivals.  She took it, too.

First, Clinton said she was “very disappointed” by recent remarks from GOP presidential candidate Donald Trump on the issue of immigration.

She also chided the “Republican” party for failing to condemn Trump – demonstrating what she referred to as a “spectrum of hostility” toward immigrants.

Specifically, Clinton went after GOP frontrunner Jeb Bush – accusing him of hardening his stance in an effort to appeal to “Republican” primary voters.

“He doesn’t believe in a path to citizenship,” Clinton told CNN’s Brianna Keilar.  “If he did at one time, he no longer does.”

We believe in pathways to status – and we flatly rebuke the folly of mass deportation – but citizenship is for citizens, not illegal immigrants.

Anyway, Clinton’s interview is the first of several she’s conducting in an effort to dispel the notion that she’s holding the press at bay.

We’ll let you know if she ever gets a hardball question related to one of her many, serious scandals …