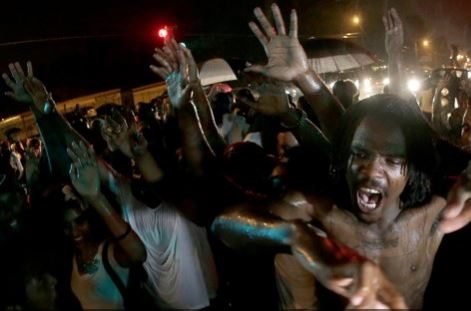 THE BUSINESS OF “SPONTANEOUS OUTRAGE”

|| By FITSNEWS || Remember Ferguson?  Of course you do … it was the event which made post-racial America “racial” again.  A spontaneous outpouring of rage against the oppression against the unjust killing of … errr, ummm … check that.

Anyway, it turns out some of Ferguson angst was about as “spontaneous” as the 2012 terrorist attack on a U.S. diplomatic outpost in Benghazi, Libya.

Earlier this month the group Millennial Activists United organized a sit-in at the offices of Missourians Organizing for Reform and Empowerment (MORE) – a former member of the taxpayer-subsidized “ACORN” organization.

MORE has been subsidized by liberal financier George Soros, who according to one report “gave at least $33 million in one year to support already-established groups that emboldened the grass-roots, on-the-ground activists in Ferguson.”

Like a big government social welfare program, though, the money doesn’t seem to be going where it was intended …

According to the protesters demanding their cut, MORE “created a joint account in which national donors from all over the world have donated over $150,000 to sustain the movement” but then didn’t give any (or enough) of that money to “the poor black people of this movement.”

There’s even a social media campaign – #CutTheCheck – urging these liberal organizers to pay up.