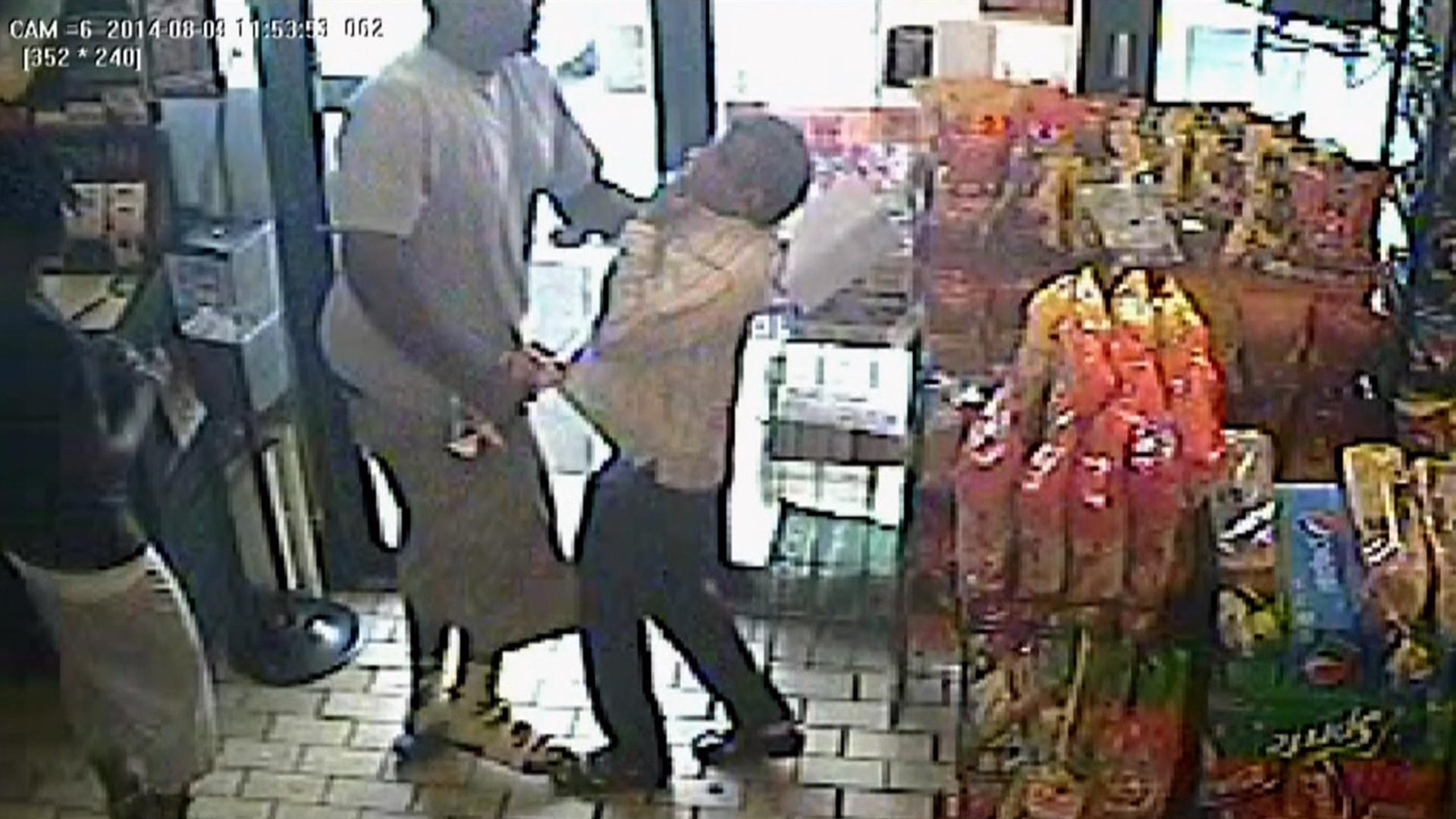 A BLUNT PERSPECTIVE ON FERGUSON …

By FITSNEWS  ||  We’ve never heard of James Howard Kunstler … so before we give him props for summarizing the Ferguson drama (in five words, no less), remember that disclaimer.

Anyway, in a masterful column published this week, Kunstler describes the late 18-year-old Michael Brown as “a poor candidate for martyrdom.”

Wow.  That’s it … exactly.  In fact we challenge anybody to top that for “main idea thinking.”

“The generous view of (Brown’s) fate is that he made a series of very poor choices one summer’s day,” Kunstler wrote, referring to the robbery and scuffle with police officer Darren Wilson that led to Brown’s fatal shooting back in August.

And what does Kunstler think of the violence and racially based recrimination that followed a Missouri grand jury’s decision not to indict Wilson (for anything)?

According to him, the Brown shooting is “already disappearing down the national memory hole.”

FITS has been called out for our coverage of the Ferguson saga … but we’ve got nothing on Kunstler, who gleefully indicts the mainstream media for its reckless fomentation of black outrage.

“First were the cable TV news venues, led by the race hustlers at CNN, whose limitless pandering to the intemperance of black viewers played a large part in cultivating the mood of injustice that failed to square with the objective reality of Michael Brown’s shooting at the hands of policeman Darren Wilson,” he wrote. “Every conceivable delusion generated by the event was nurtured to the max in order to amp up the melodrama at the expense of clarifying what had happened. In the end, CNN celebrities Don Lemon and Anderson Cooper got the explosion of violence that their producers had worked so hard to fuel.”

Kunstler has some backing from one black leader – pastor E.W. Jackson (the GOP’s 2013 lieutenant gubernatorial candidate in Virginia).  According to Jackson, blacks are being “exploited and manipulated” by the racial agitators like Al Sharpton – who are seeking to make Brown a martyr.

“He committed a strong arm robbery of a convenience store and then wrestled with a police officer for his gun,” Jackson said. “We must acknowledge the truth: Michael Brown contributed to his own demise.  Black folks are being exploited and manipulated by people like Al Sharpton who stoke fires and then return to their wealthy lives in the very country they condemn.  It is absurd.”

It is … and while this website condemned Jackson last year for his intolerant statements against homosexuals, we wholeheartedly agree with him here.

We would also reiterate:  All police officers should be “independently wired” at all times during the performance of their core functions of government – for their safety as much as ours.

Don’t get us wrong: Blacks in America have every right to be upset these days … as do whites … but we believe their anger should be directed at “the man” holding them back, not a cop who appears to have legitimately feared for his life in attempting to apprehend a robbery suspect.

Sadly, professional agitators (and their oxygen providers in the left wing media) are attempting to bend the facts of this case to suit their preferred narrative: That white people are murderous devils who need to be called out as the racists they are.