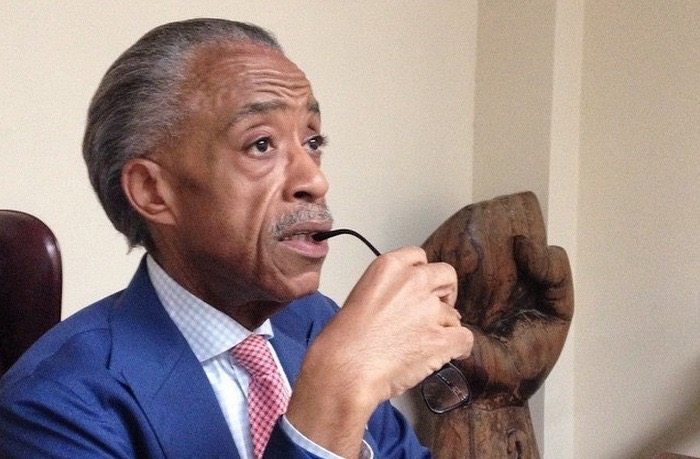 WE COULDN’T BELIEVE IT EITHER …

|| By FITSNEWS ||  This website has little use for professional poverty pimps/ race agitators like Al Sharpton.  Especially when they foment in the name of expanding government (while failing to pay taxes toward the government we already have).

Her suit alleges “internal and external injuries to the whole body, lower and upper limbs, the full extent of which are unknown, permanent pain and mental anguish.”  It seeks damages for “loss of quality of life, future pain and suffering, future medical bills, (and) future diminution of income.”

In fact Sharpton is making the case against her own complaint by posting social media pictures of herself after scaling mountains in Bali.

“We hiked UP the mountain, over the clouds… into the SUNRISE,” Sharpton wrote.

So … how on earth is any of this even remotely redeeming for Al Sharpton (as suggested by our headline)?

Easy: His pitch perfect response to his daughter’s lawsuit.

“She’s 29 years old. Why would she have to talk to me about that?” Sharpton told The New York Post. “I just know that she was hurt and that she got a lawyer and she’s a grown woman. [Where] she goes from there, I have no idea.”

How about that for a compelling statement on personal responsibility?

If Sharpton responded to everything like that … we wouldn’t be able to call him a poverty pimp any longer.

Earlier this week our founding editor wrote another lengthy screed about how America has lost its way yadda yadda yadda … and while we’re not sure of the precise point of his column (neither is he, we’re guessing), we’re pretty sure it had something to do with the notion of personal responsibility.

Sharpton’s daughter may not understand that concept, but in this one rare instance her dad seems to “get it” –  a welcome departure from the blame-shifting and scapegoating that has defined his career up to this point.