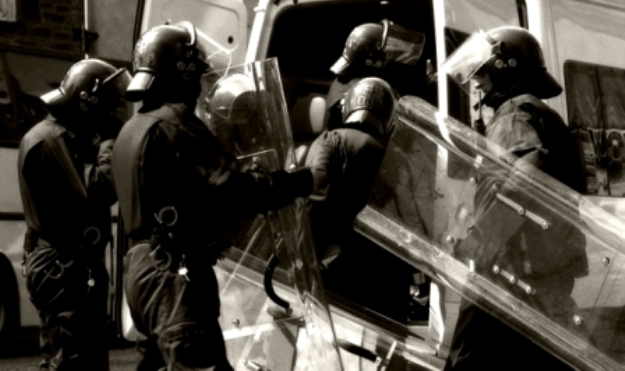 “WE’RE GOING TO HAVE TO FIGHT STATES RIGHTS”

|| By FITSNEWS || Poverty pimp, tragedy exploiter and tax evader Al Sharpton is calling on the federal government to take over law enforcement in all fifty states – which would obviously be one of the most massive usurpations of state and local power ever.

“We need the justice department to step in and take over policing in this country,” Sharpton told The Baltimore Sun in the aftermath of that city’s race riots.  “In the twentieth century they had to fight states’ rights … to get the right to vote.  Now we’re going to have to fight states rights’ in closing down police cases.”

Sharpton’s comments come on the heels of similarly crazy statements made by U.S. Rep. Jim Clyburn in the aftermath of a white-on-black North Charleston police shooting last month.

According to Clyburn, “stand your ground” laws – along with voter identification and redistricting – are what’s responsible for police violence against black citizens.

No really … of course this is the same guy who said we needed to “rethink the parameters of free speech” following the 2011 shooting of former congresswoman Gabrielle Giffords.

Do we support federalizing law enforcement?  Under any circumstance?  Hell no …

We do, however, support independently wiring all police officers seeing as they have been discharged with performing one of the few core functions government ought to perform.  In fact we proposed as much in the immediate aftermath of the Ferguson drama last year.