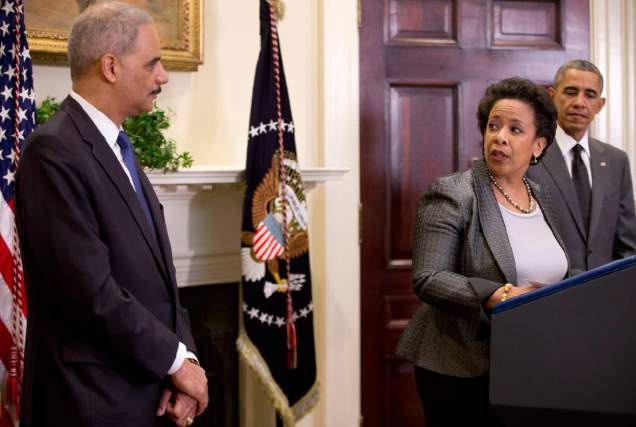 “WHY DO WE HAVE TWO PARTIES AGAIN?”

|| By FITSNEWS ||  Once again, “Republican” control of the United States Senate has turned out to be everything we predicted it would be … a whole lot of nothing.

Faced with the opportunity to reject a bureaucrat who refused to prosecute corporate lawlessness, who engaged in a fascist program of civil asset forfeiture (to the tune of $1 billion a year), who continues to believe discrimination against limited government advocates is no big deal and who has explicitly stated her intention to ignore the U.S. Constitution moving forward … the GOP instead confirmed this nominee.

We’re talking, of course, about Loretta Lynch – who is now the top prosecutor in America thanks to the “GOP-controlled” U.S. Senate.

Oh, and of course U.S. Senator Lindsey Graham of South Carolina … which was no shock.

Their excuse?  That Lynch would be an improvement over the current lawless attorney general, Eric Holder.

That’s insane.  Lynch is every bit as bad as Holder … even worse because the GOP knows up front just how lawless she’s going to be.

Ted Cruz – another U.S. Senator who is seeking the presidency – missed the final vote on Lynch’s confirmation, although to his credit he was among the most outspoken opponents of her nomination.

Frankly, we’re not surprised “Republicans” in Washington have rolled over for Obama (again).  It is … quite literally … all the party is good for.  Which makes you wonder … why do we have two parties again?

Oh right … the myth of “polarization.”

Tim Scott Has An Interesting Take On The Baltimore Riots