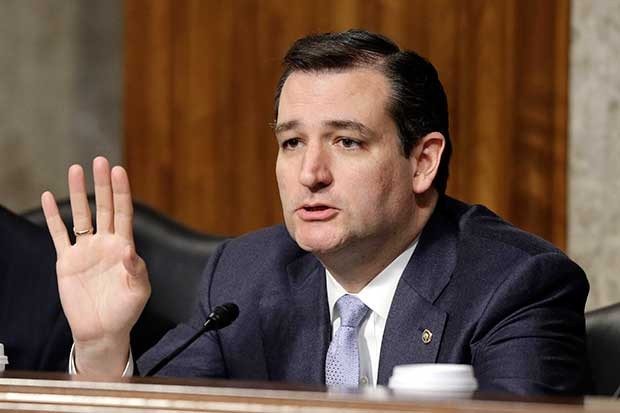 If things continue as they are, though, they might have to adjust those sights upward …

Cruz’s campaign raked in a whopping $4 million during the first week of his announced candidacy … a show of fiscal force the Tea Party favorite is hoping to use to establish himself as “the” anti-establishment candidate.

“This constitutional conservative campaign has raised more in the first week than any Republican nominee in modern times,” Cruz boasted to a crowd of early voting Iowans, adding that his first week haul eclipsed the first week totals for GOP nominees Mitt Romney and John McCain in 2012 and 2008, respectively.

“It didn’t come from the big lobbyists in Washington,” he said.  “They’re all supporting somebody else.  It came from the American people.”

According to Cruz, ninety-five percent of his 46,000 individual donations were contributions of less than $100.

Cruz’s March 22 announcement – in which he bypassed the exploratory phase of a presidential bid and dove right in to an active candidacy – appears to have been a brilliant strategic move.  Not only did Cruz draw massive media attention to his candidacy (and his issues), he clearly channeled that buzz into a fundraising bonanza.

We wrote weeks ago on how Cruz was already a viable candidate to win the Palmetto State’s “First in the South” presidential primary.

These resources make him more viable than ever …

The “Rand Paul Isn’t Running” Story Is Bogus … But Brilliant