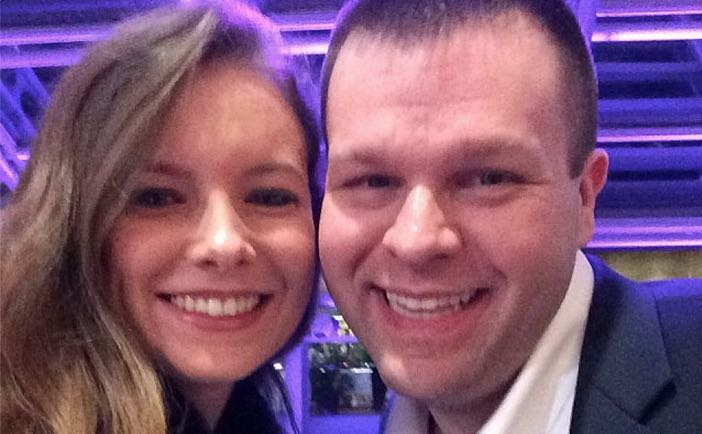 COUPLE WEIGHS IN ON THEIR DRAMA … TOGETHER?

|| By FITSNEWS || Just when we thought we’d seen everything from the scandal enveloping former S.C. “Republican” party official Todd Kincannon, along comes the very last thing we expected – a joint statement issued by Kincannon and his wife, Ashely Griffith.

At first we thought we were dealing with some sort of April Fools’ Day joke … but then we checked the calendar and today is April 2.

Oh, and then we received messages from both Kincannon and Griffith attesting to the veracity of the statement.  So … it’s legit.

Kincannon is the self-described “honey badger of American politics,” an unapologetic, wildly inappropriate social media firebrand who has enraged the far left with his deliberately provocative pronouncements.

So … why are he and his wife making a joint statement?

Well, for those of you waking up from a weeklong nap, this happened.  Then this.  And then this.

So … what do they have to say for themselves?

We appreciate the interest and concern created by last week’s incident – and we understand the attention this matter has generated in the local and national media. Our marriage is obviously not perfect, and as a result we are – individually and jointly – receiving counseling in an effort to make the best decisions moving forward. As part of that process, we both agree it is in our shared interest to remain separate from one another for the foreseeable future.

Whatever happens with our personal relationship – we wish each other no ill will professionally, and hope to support each other’s careers into the future.

We are grateful for the prompt, professional and courteous efforts of the Lexington County Sheriff’s Department in responding to last week’s incident, however we wish to make it clear we will not be voluntarily participating in any further inquiries regarding this matter – nor will we be testifying in any court proceedings related to this matter.

Furthermore, we will we have no further comment to the media regarding what we believe to be a private matter and a closed case – one warranting no further press attention or expenditure of taxpayer resources.

We are thankful for the kindnesses shown by friends and family members during this period of separation and counseling. And we are thankful to God for providing us with such strong support networks as we seek to determine the next chapter in our lives.

Yeah … we’re gonna just have to let that sit for a moment and collect our thoughts.

Our first reaction?  This is sure as hell a lot more entertaining than Southern Charm.  Or that Iranian nuke deal.