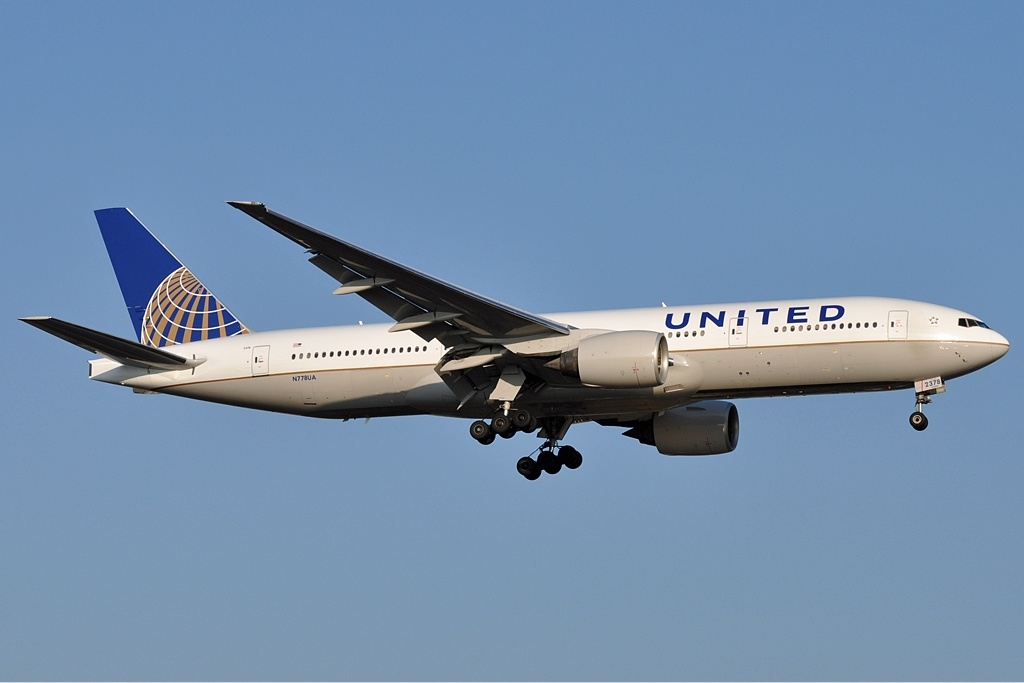 || By FITSNEWS || Former New Jersey attorney general David Samson – forced from his job as chairman of the powerful Port Authority of New York and New Jersey last spring – is in hot water again.

Who is Samson?  He’s the guy who paid for New Jersey governor Chris Christie‘s infamous 2014 “Bridge-gate” scandal with his job.  And he’s now the subject of a new line of inquiry that could lead back to the Palmetto State … in more ways than one.

Specifically, prosecutors want to know how a flight route initiated by United Airlines is connected to what has become a “sprawling federal investigation” of Samson, Christie and the Port Authority.

Why do we care?

Well, the flight route in question was from Newark to South Carolina’s own Columbia Metropolitan Airport, which according to NorthJersey.com is “about 50 miles from a home where Samson often spent weekends with his wife.”

“United halted the non-stop route on April 1 of last year, just three days after Samson resigned under a cloud,” the website reported.

Why does this matter?  Because according to the NorthJersey.com report the airline was “in regular negotiations with the Port Authority and the Christie administration during Samson’s tenure over issues that included expansion of the airline’s service to Atlantic City and the extension of the PATH train to Newark Liberty.”

Christie has been making numerous trips to early-voting South Carolina as his 2016 presidential campaign – which inexplicably survived the bridge scandal – warms up.  In fact Christie was an invited guest at S.C. governor Nikki Haley‘s second inauguration last month.

Haley, incidentally, was one of Christie’s staunchest defenders during his “Bridge-gate” scandal … and sources familiar with her thinking tell FITS she has been eyeing a possible endorsement of Christie’s 2016 campaign in the run-up to the Palmetto State’s “First in the South” presidential primary next February.

In other words stay tuned … this scandal could get very interesting, very fast.

I’m sure the voters of SC will be running to the booths to elect Christie. Did I mention I’m stoned as hell right now?

Don’t set down that bong just yet. You only heard it from Fitsnews.
“sources familiar with her thinking”? Boy does that give me confidence. Could that be Will Folks, Jake Knotts, John Rainey…..

Bong? I need straight up shatter for this silly nonsense.

Samson is such a moron. Aside from closing the bridge, not nailing Bridgette the hot aide, him and his wife, who can arm-twist United to open non-stop service to any cool location – decides to spend his time outside of – Columbia? Are you kidding me? This guy needs to be charged with Stupid.
Can we get the jobs report article now? I want to see Flip flip.

Another cloudy day in Crapville Flip?

Quiet…Muhammed sent Obama a new strategy for Radical Islam to conquer the world and Susan Rice is announcing it.

Settle down Francis – we’re waiting on the Jobs Numbers story. Then you can get all Islamo-funky. It’s Friday, it’s pay day, and I for one am thinking about taking the family out for a nice dinner, maybe run by the ocean. Enjoy a little of that “wage” increase.

Right On! Have fun.

This is a South Carolina website and Fits hasn’t reported South Carolina”s employment for the last two months. (November, December) He is always harping on the “Worker participation rate”. Well while the nations has declined 0.2% in the last 5 months, South Carolina’s has improved 0.6%.
All the December numbers were improved. 7,243 more jobs. 2784 fewer unemployed. Unemployment declined by 0.2% to 6.5%.
http://www.bls.gov/lau/ststdsadata.txt

Here is the jobs report for those with the wit to understand it:

But let one of their pop culture gods get caught doing what we KNOW they regularity do…LIE, when TRUST is their main charge…and FITS plays coward on the level of Bill Clinton when the local whore-house records are posted…

Nothing about Brian Williams? Nothing about Gallup President calling monthly unemployment number a LIE- perpetrated by the Obama administration and the MSM.

Good point: I alluded to Gallup’s truth-telling the other day. The liberal dolts on here HATE that…

What FITS omits says much more about him than the hate-based crap he selects to post….for his gaggle of leftists…

SCPSD isn’t that bad. I print out stacks of pages from his blog and have them stashed behind the toilet in case the roll runs out. Not the greatest but better than having to use my socks.

Brian Williams Katrina reporting was lies. “body floating by the French Quarter”, He was the only man, woman or animal to get dysentery during Katrina.
Not only lies, but lies with a political agenda. Hurt Bush.

Well, all of Crapville is consumed with it. The rest of us have more fun enjoying our new jobs and higher wages.

Love the thinking ‘outside the box’ brilliance-on the political agenda by Williams hurting Bush. Nice.

Thank you. Agenda or not, it had an effect.

FITS, you might as well get rid of your “GLOBAL” tab, you’ve reported nothing since the 23 Jan. article.

“sources familiar with her thinking”? Sources is plural. Humm! I’ve got It. Besides Will Folks the other source is Logan Smith.

Obama is costing the average SC family about $6,000 more a year ($36,000 over 6 years) in just energy and healtcare costs. And food inflation is through the roof. ..With incomes down by $5,000 per household under Obama and there are no jobs…

And I hope you have not tried to sell your house…because that’s another $40,000 loss under Obama.

And this Ignorant MoFo, FITS, is droning on, in excruciating (not-worth-reading) style, about some conspiracy theory involving a Liberal-tarian Republican’s henchman who is being investigated by the Obama FBI that has yet to answer for the IRS scandal or lying about Benghazi…

I’m all for the First Amendment, but can Disqus please implement a “Block” feature so I can tune GT out?

Not used to…nor do you like seeing your myths busted…do you?

Another cloudy day in Crapville?

You’re not comfortable w reality…are you?

Talking to the mirror again?

If you had even half a F*#king brain…you could fathom the irony of that statement…LMAO….But I’m sure it’s WAY over your head…

PS: You followed me over here from the GoGamecocks Forum. After they quit allowing me to comment on sports content, and I left…the site folded (wonder why FITS has not banned me?)…

.Did you also nip at my heels on AST or PSR…you remind of one of those posters, who I used to get so frustrated, I think he had a break-down….

Hey, buddy, as far as we’re concerned, even I am way over your head.

When you say it, F*#king,it sounds dirtier than Fucking.Although God created Fucking,you’re evidence that even God can fuck up.

You could include no substance, only insults. And your attacks usually just regurgitate my ACCURATE definitions of you….

But because I actually am on here to talk about politics, reality and politicians…I have lots of content in my posts..and when I relate it to you…you take it as an insult…

You offer NOTHING except hate and Bull-$#!t…as for me, I hate what you represent…but I LOVE this country, the people in it…and life…

You are weak, vapid and fairly worthless as commentators, because you are dishonest, corrupt and liars…

Dude, hasn’t anyone ever advised you to give it up? EVERY story on FITS somehow morphs into Obama in your FUCKING polarizing mind. You remind me of Walter on The Big Lebowski, where Vietnam was constantly rehashed. A two-headed coin for sure.

Run from who, and what, you are much?….LMAO…

NJ poli-wog travels on United? Has house in SC? … and this is a really big deal why? … Just to dump on that fat mobed-up bozo?

I hear Haley gave his 14 year old daughter a minimum wage job at the Governor’s Mansion Lemon-Aide stand …and FITS, and Boz, his also Speedo Clad-Caper-Buster has the goods on Haley for hiring under-aged girls to serve drinks to minors…(or was it miners, the union is going to hear about this)…LMAO…

This could be THE ONE!!!!!!!!…New Jersey connection, underage girls, nepotism…This could be IT!!!!!…FITS, ‘Pootlian and Sanford are salivating…Oh how I wish Tony Saprano were still alive….

All have a good one!

Why are you so obsessed with that dude? You need help and he probably needs a restraining order.

Please! I wish Boz NO harm you thin skinned BITCH! Boz has always given as good as he gets on forums and blogs.-and is a PUBLIC FIGURE.

A ‘restraining order’ (RO)? LMAO!!!! Please do it. I would love to own property and a business after I am served.

You fuckers ever have anybody knock on my door or place of business in an attempt to harass and intimidate my family and I will OWN YOU!!!

Other than that I have enjoyed my time on FITS. The woman beater runs a nice website.

STFU, your home and place of business is one in the same. On the street corner.

They’re having a foursome, nothing to see here.

I just heard an explanation of this on TV that took about 6 sentences, made infinitely more sense and provided way more to the point information than this epistle.
As Brian Williams has learned the hard way, running your mouth just to hear your voice/see your words in print doesn’t always accomplish what you want it to.
Maybe, fewer ruh-rohs…
But, yes, Trikki has cast her fate with a governor who is going to turn out to be one of the most corrupt politicians this country has ever seen. Christie started his political career with lies that put him on the losing side of a defamation case and he will end his political career on the losing side in courts.

NITRATE wrote:
“running your mouth just to hear your voice/see your words in print doesn’t always accomplish what you want it to.”

Then (in his way too long diatribe) :
“Trikki has cast her fate with a governor who is going to turn out to be one of the most corrupt politicians this country has ever seen.”…

I could not articulate who, and what, these people are any better than they do it themselves…

Democrats cannot get elected to statewide office in SC, because they are THIS F*#kin g stupid…

If you HATE…you attack. You Never insert any reality to your assaults…It’s just the common street-level ignorance regurgitated by any, and all, as simple-minded as you are…

You live in your own little world of Dumb@$$#$y…