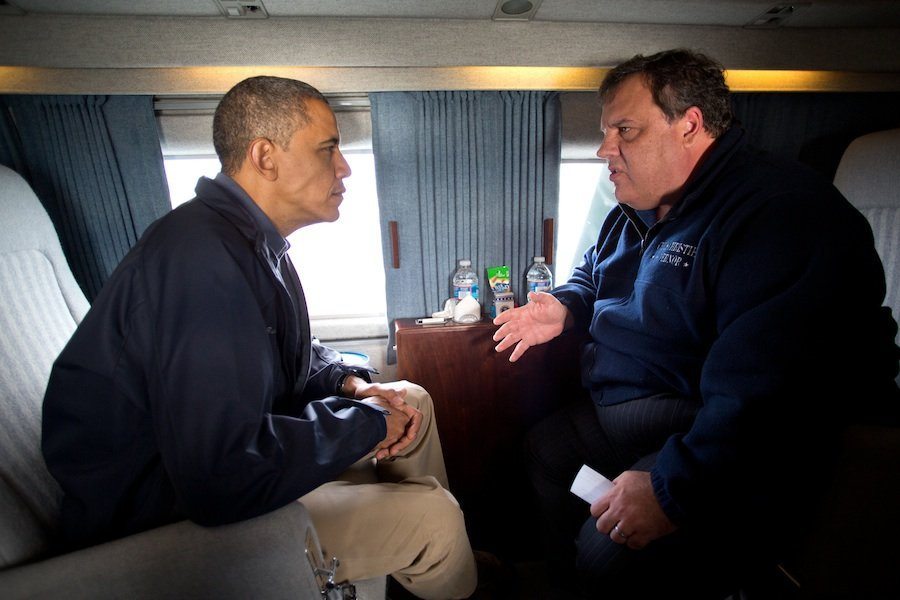 Hold up … we were pretty sure that left-leaning, Obama-loving, buffet-inhaling New Jersey Gov. Chris Christie was no longer being seriously considered as a 2016 presidential candidate.

Did something change?  Seriously … did we just imagine the whole George Washington Bridge scandal?

Apparently Christie and his establishment “Republican” allies still fancy him as presidential timber – which is why the Garden State’s traffic-snarler-in-chief is headed to Iowa this week.  According to The Iowa Republican , Christie will visit the Hawkeye State on Thursday to “headline fundraisers for Iowa Governor Terry Branstad and Republican Speaker of the Iowa House Kraig Paulsen.”

Waiting for him?  An advertisement run by the Judicial Crisis Network targeting his support for liberal judges.

“New Jersey’s Supreme Court has been one of the most activist courts in the nation,” the narrator of the spot says. “The court’s liberal rulings have wreaked havoc on state finances, driven away businesses and jeopardized jobs. Over and over, Gov. Christie promised he would fix it – remake the court with judges who respect the rule of law. Over and over, he broke his promise.”

Actually “activist” judges don’t bother us … as long as their activism is on behalf of the people, not the government.

Christie has vowed to do whatever he can to help reelect Graham.  He’s also tight with S.C. Gov. Nikki Haley – who rushed to his defense in the aftermath of the bridge scandal, saying his handling of the crisis “showed leadership.”

Really?  We thought it showed an overweight faux Republican saying and doing whatever he could to salvage his political career …

No One Wants To Read Political Books