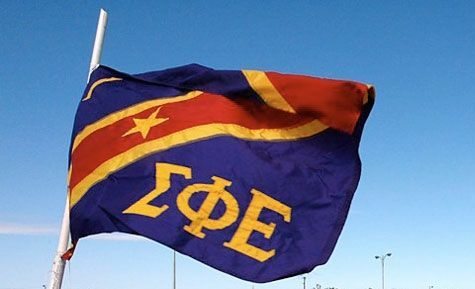 || By FITSNEWS ||  Details have yet to be released in the tragic case of Tucker Hipps – the 19-year-old fraternity member who fell (was dropped?) to his death in September 2014 from a bridge near Clemson University – but the fraternity to which Hipps belonged has received a five-year suspension from the school.

Sigma Phi Epsilon maintains there is “no evidence” hazing had anything to do with Hipps’ death – even though local police continue their investigation (with no timetable for a resolution).

According to a press release from “Sig Ep,” its national leaders have been investigating “anonymous allegations spread through social media that Hipps’ death was linked to hazing.”

“Though both the fraternity and Clemson University have found the chapter in violation of their respective conduct policies, neither have been able to produce evidence suggesting Hipp’s death was the result of hazing,” the statement read.

Yeah … that sounds pretty carefully worded if you ask us …

Clemson University students told FITS in the immediate aftermath of Hipps’ death that fraternity hazing was involved.   Those reports sparked a firestorm of controversy at the school – and a rebuke from local law enforcement.

Two months later, though, Clemson unceremoniously fired its vice president of student affairs – one week after Hipps’ parents told local television station WYFF TV 4 (NBC – Greenville) that the school’s fraternity pledging processes were “broken” and that the truth about their son’s death had yet to come out.

“There is more to the story then what has been told,” Gary Hipps told the station.

Oh, and then there was the infamous #ClemsonCripmas party – which inflamed racial tensions at the school.

Meanwhile at the University of South Carolina, the Kappa Sigma fraternity saw its charter at the school revoked due to “hazing and significant drug problems” – news of which also broke exclusively on FITS.

FITS spoke with a well-placed higher education leader earlier this week who agreed fraternities in the Palmetto State were out of control.

“It’s not like it used to be,” the source told us, vowing action would be taken to reign in the dangerous debauchery.

Looks like that process is underway … although the lack of answers related to the Hipps’ tragedy continues to be frustrating.