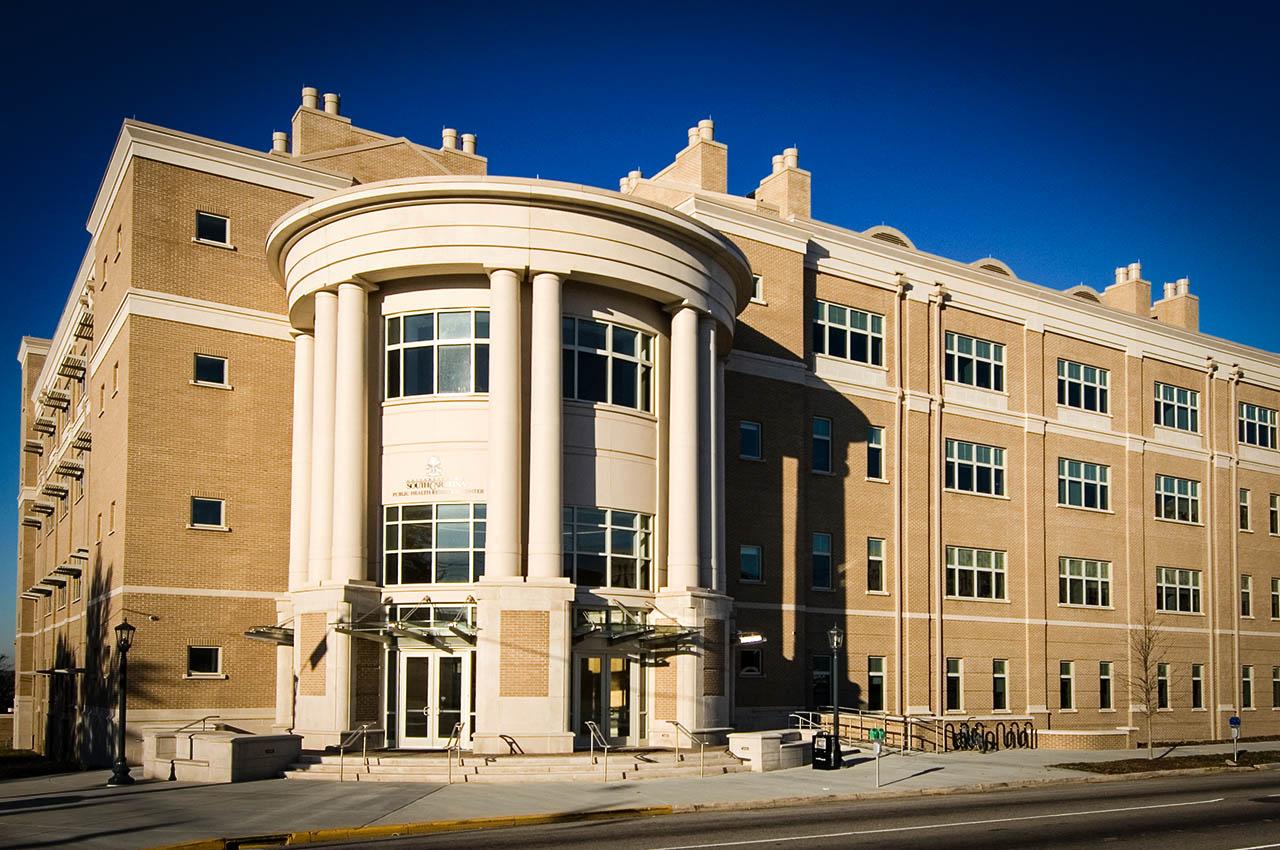 || By FITSNEWS || Two people – a shooter and a victim – are dead after gunfire erupted at the University of South Carolina’s new school of public health building, located on Assembly Street in downtown Columbia, S.C. (just a block away from the S.C. State House complex).

The University issued a “SHORS (sic) FIRED” alert shortly before 1:30 p.m. EST on Thursday – right around the time S.C. governor Nikki Haley was holding a press event at the State House that had to be cut short due to concerns for her safety.

FITS began receiving word of the incident right around the time the alarm was sounded – along with unconfirmed reports of a possible murder-suicide.

“My son just texted me there is a shooter on (the USC) campus,” one of our sources said. “Rumors of a murder/suicide.”

Sources tell FITS the victim was associate professor Raja Fayad, head of the applied physiology division of the school’s Department of Exercise Science. The shooter is alleged to have been the professor’s graduate assistant, a female doctoral student.

Here is a screen capture from Fayad’s faculty page … 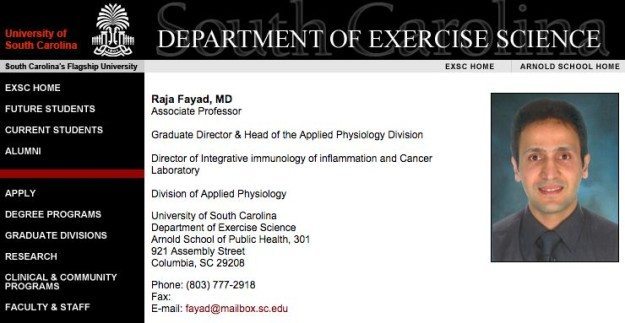 (Cap via University of South Carolina)

“She came in while he was teaching,” one source told FITS. “And when she came in, they started arguing, and when she pulled the gun, he yelled for the class to run. She shot him as he was trying to leave.”

When the gunshots rang out, professors inside the building followed school protocol by locking the doors to their classrooms.  In fact the entire school was placed on lockdown in the immediate aftermath of the report as City of Columbia, S.C. police department officials and other law enforcement agencies (including the Richland County Sheriff’s Department, S.C. State Law Enforcement Division and the U.S. Marshal’s Office) responded.

“Law Enforcement have determined that there is no longer an existing threat within the School of Public Health,” the school reported. “The building remains closed at this time. All surrounding streets are closed.”

The University of South Carolina police department is the lead agency investigating the incident, although SLED took the lead in addressing members of the media.

“There was no active shooter other than the two deceased,” agency spokesman Thom Berry told reporters, adding the incident “appeared to be a murder-suicide.”

This week’s shooting comes three months after another murder-suicide at an off-campus housing facility claimed the life of a 20-year-old Diamoney Greene, a USC criminology student.

To the family of Dr. Raja Fayad, prayers go out to you in your time of need. #PrayForUSC @UofSC #ForeverToThee #Gamecocks #TogetherUSC

Thinking of everyone around USC and the Statehouse. Be safe out there. #forevertothee