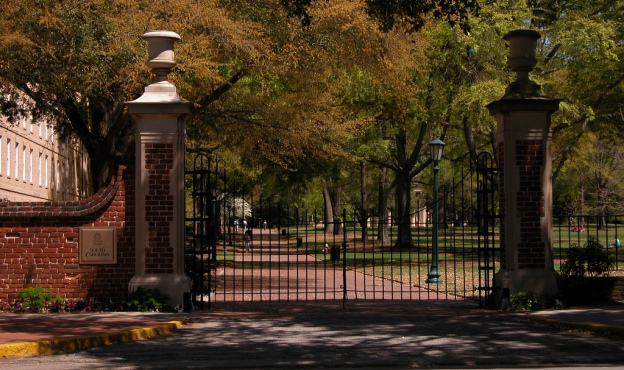 KAPPA SIGMA GETS THE BOOT …

By FITSNEWS || Forget “double secret probation.” The Kappa Sigma fraternity at the University of South Carolina is done.

The fraternity’s charter was revoked by USC this week for “hazing and significant drug problems,” according to one of our sources.  Some of the issues were reportedly uncovered two months ago during a Columbia S.C. police department raid of an off-campus home affiliated with the organization.

It’s been a rough year for fraternities in South Carolina.

At Clemson University, Greek organizations have been under fire ever since the September death of 19-year-old Tucker Hipps (more on that HERE).  Last weekend, a racially charged Christmas party hosted by one of the school’s fraternities – #ClemsonCripmas – prompted black students to decry a “culture of racism” at the university.

Meanwhile in Spartanburg, S.C. this week, a 21-year-old fraternity member who attends the University of South Carolina-Upstate was arrested for unlawful possession of a firearm after police broke up a “ritual” in a local cemetery.