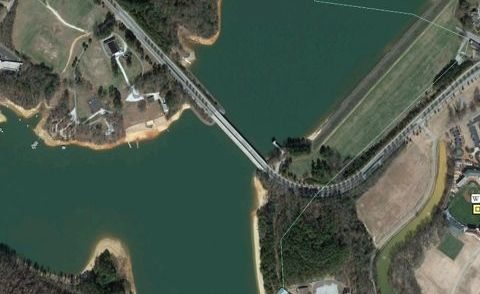 By FITSNEWS  ||  Back in September, Clemson University students told FITS the death of 19-year-old student Tucker Hipps – who fell to his death from a bridge near campus – was due to fraternity hazing.

Those reports sparked a firestorm of controversy at the school – but were quickly downplayed by local law enforcement.

Fast-forward to this week, when Clemson University unceremoniously fired its vice president of student affairs – one week after Hipps’ parents told local television station WYFF TV 4 (NBC – Greenville) that the school’s fraternity pledging processes were “broken” and that the truth about their son’s death had yet to come out.

“There is more to the story then what has been told,” Gary Hipps told the station.

An autopsy found that Hipps died as a result of head trauma sustained during an “unsupported fall” from a bridge near the Clemson campus.  And while Hipps’ fraternity brothers said he fell behind during an early morning fitness event, multiple sources told FITS the bridge Hipps fell from is linked to a “particular tradition” for Hipps’ fraternity, Sigma Phi Epsilon.

Jump in?  Turns out that may have been a generous depiction of the ritual …

FITS is now hearing from multiple sources that Hipps – rather than jumping into the water – was instead being held over it as part of a hazing ritual shortly before the “unsupported fall” took place.

“He was being dangled by his ankles off the bridge,” one source familiar with the situation tells FITS, adding he was “dropped by accident.”

While not getting into those sorts of specifics, a source at Clemson has confirmed to FITS that Hipps’ parents were recently informed that a hazing ritual gone wrong was responsible for their son’s death – and that the school was taking the “necessary steps” to ensure similar tragedies did not occur in the future.

Stay tuned … we’re hearing much more regarding the Hipps case and hope to have additional updates soon.