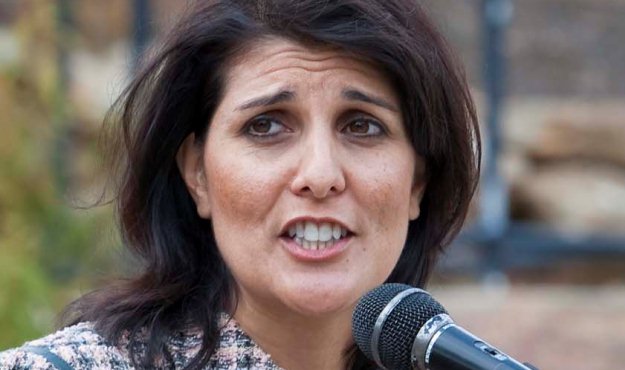 || By FITSNEWS || South Carolina governor Nikki Haley is investing zero political capital in the appointment of her longtime confidant Eleanor Kitzman to the top spot at the state’s largest agency, sources familiar with the nominating process tell FITS.

Meanwhile Palmetto State lawmakers who must vote on Kitzman’s nomination are expressing grave reservations regarding Kitzman’s conduct at her last government post – a spot in former Texas governor Rick Perry‘s cabinet for which she was never confirmed.

Kitzman – who has kept Haley’s secrets and helped raise the governor boatloads of money – was tapped last month last month to replace Catherine Templeton as director of the S.C. Department of Health and Environmental Control (SCDHEC).  The selection was met with immediate incredulity given Kitzman’s chronic failure to hold down a job.

Now, sources tell FITS the Haley administration had no intention of ever fighting for Kitzman’s nomination – they merely put her name up as “a favor.”

“They are throwing her to the wolves,” a sources familiar with the situation tells FITS.  “Some favor.”

Specifically, sources tell FITS Haley has already lined up another candidate in the (increasingly) likely event Kitzman does not receive the State Senate’s approval – which is what happened to her in Texas.

“There’s a plan ‘B,'” one source tells us, adding that the political damage associated with a possible failed confirmation battle “has already been factored in.”

Earlier this week, a Senator forwarded FITS information about Kitzman’s tumultuous Texas history – notably the allegation she deliberately withheld information regarding the profit margins of insurance companies in the Lone Star State (after permitting these companies to impose double-digit rate hikes on consumers).

“The Texas Department of Insurance put off repeated requests by The Dallas Morning News for the information,” the paper reported in mid-2013.  “People close to the department said the figures were withheld on orders from Kitzman.”

Wow … no wonder Haley likes Kitzman.  They’re both total hypocrites on the issue of transparency in government.

Anyway … Kitzman’s Texas issues have followed her to South Carolina, where she already had her share of problems.

There’s also Kitzman’s ongoing proximity to Haley’s personal life – including details of the governor’s past that continue to linger just below the surface of her national ambitions.

Specifically, Kitzman is one of a handful of people in whom Haley confided after the latter’s sexual affair with FITS founding editor Will Folks drew to a close in mid-2007.  In fact, Kitzman was present at the Liberty Taproom in early February 2007 on the night Folks and Haley began their affair.

Would Kitzman be questioned about what she knew under oath?  And if so, would she tell the truth?

Obviously the big issue facing Kitzman’s nomination isn’t what she did or didn’t see (or do) in dimly lit bars … it’s what’s already on the public record.  Which Senators appear ready and willing to use against her.

Can she survive that sort of scrutiny?  We’ll find out soon … although it’s clear at this point Haley isn’t doing much to lend her “friend” a hand.