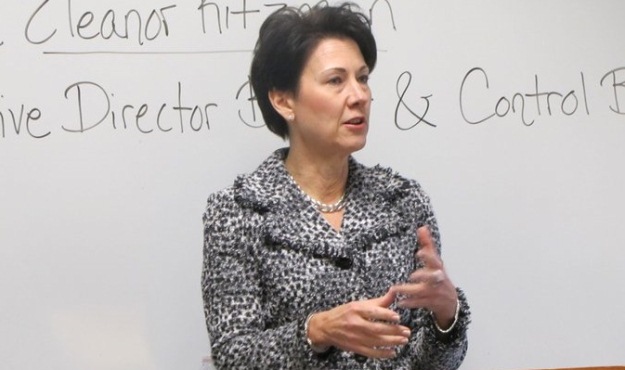 || By FITSNEWS ||  As we reported last week, S.C. governor Nikki Haley has nominated former lieutenant gubernatorial candidate Eleanor Kitzman as her choice to lead the S.C. Department of Health and Environmental Control (SCDHEC).

Well, technically the SCDHEC board has nominated Kitzman … but the order to do so came directly from the governor.  Had it been up to the board, they would have likely gone another route – choosing a nominee endorsed by outgoing agency director Catherine Templeton.

Templeton “had an eminently credible candidate lined up” to take the position, sources tell FITS, but Haley wanted Kitzman.  And as we’ve seen in the past, the SCDHEC board does the governor’s bidding … even if it results in disastrous consequences for the state.

But who are we to question Haley’s judgment when it comes to political appointments?

A former campaign contributor and close personal confidant of Haley,  Kitzman raised Haley boatloads of money in Texas after spending just six months at the head of the S.C. Budget and Control Board (SCBCB) in 2011.

The former car insurance executive – who was Haley’s second choice for that position – had a stormy six-month tenure at the agency (including this infamous exchange with former S.C. House ways and means chairman Danny Cooper).

She was also criticized for spending taxpayer money on unnecessary remodeling projects.

In 2010, she ran for lieutenant governor but finished last in a four-way race with only 14.7 percent of the vote.

She was also let go by Texas Gov. Rick Perry after less than two years on the job – never winning confirmation from the state’s Senate.

“She has ignored a lot of rules,” one GOP State Senator told The Austin Statesman.

After being let go by Perry, Kitzman was hired in December 2013 by New York based Starr Investment Holdings, but she apparently didn’t last long in that position either.

According to our sources, the state’s business community is making noise about Kitzman “getting fired from four jobs in four years.”  Meanwhile FITS has spoken with several State Senators – Democrats and “Republicans” – who have expressed concerns over Kitzman’s resume.

“I fail to see how this is the best qualified person to carry on the reforms at this agency,” one Senator told FITS.

Another Senator told us they viewed Kitzman’s nomination as a “step backward” for SCDHEC.

Kitzman is the second high-profile appointment made by Haley in recent months to raise eyebrows … and not in a good way.

The governor’s choice of former Clemson University bureaucrat Susan Alford to lead her embattled welfare agency was also panned – especially after she announced Alford would be assisted by another six-figure bureaucrat in her new job.

Both Alford and Kitzman must be confirmed by the S.C. Senate.