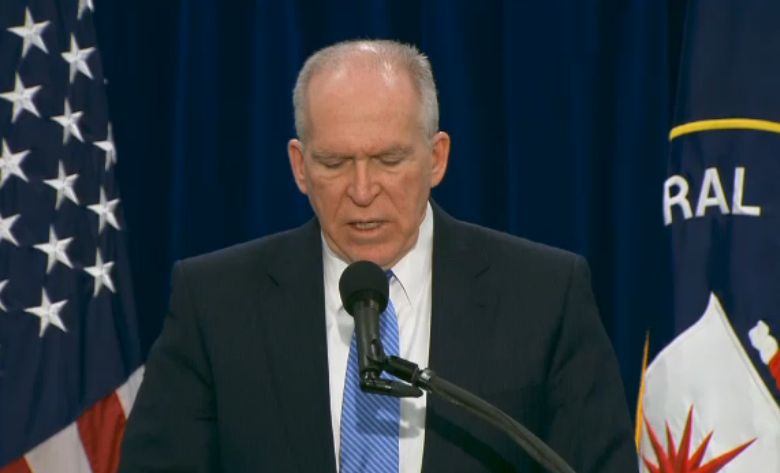 AGENCY SAYS PROGRAM “DID A LOT OF THINGS RIGHT”

By FITSNEWS || The head of the Central Intelligence Agency (CIA) – who has been busted lying to Congress before – now wants the American people to take him at his word when he says the government’s $300 million torture program wasn’t as bad as it’s been made out to be.

“In a limited number of cases, agency officers used interrogation techniques that had not been authorized, were abhorrent and rightly should be repudiated by all,” CIA director John Brennan said this week.

However he stressed that the agency “did a lot of things right” in carrying out the post-9/11 program, which was exposed this week being far more barbaric (and far less successful) than anyone previously imagined.

“The overwhelming majority of officers involved in the program at CIA carried out their responsibilities faithfully and in accordance with the legal and policy guidance they were provided,” Brennan added.

And after repeatedly stressing how the agency was authorized to implement the program (by government officials it later misled or kept in the dark), here’s the kicker …

They did what they were asked to do in the service of our nation.

Translation?  They were just following orders …

In prefacing his remarks, Brennan laid the 9/11 justification on thick … very thick.

Brennan refused to use the term “torture” in referring to his agency’s actions.  Additionally, he said it was “unknowable” whether the program produced actionable intelligence – even though the U.S. Senate report released this week meticulously documented that it did not.

Instead, simply said there were “no easy answers” when it came to determining how to go after al-Qaeda.

“This sort of savagery … is beneath a great nation,” we wrote, “and is further evidence of how far America has fallen from the ideals upon which it was founded.”

What do you think of the CIA torture program? Vote in our poll and post your thoughts in our comments section below …