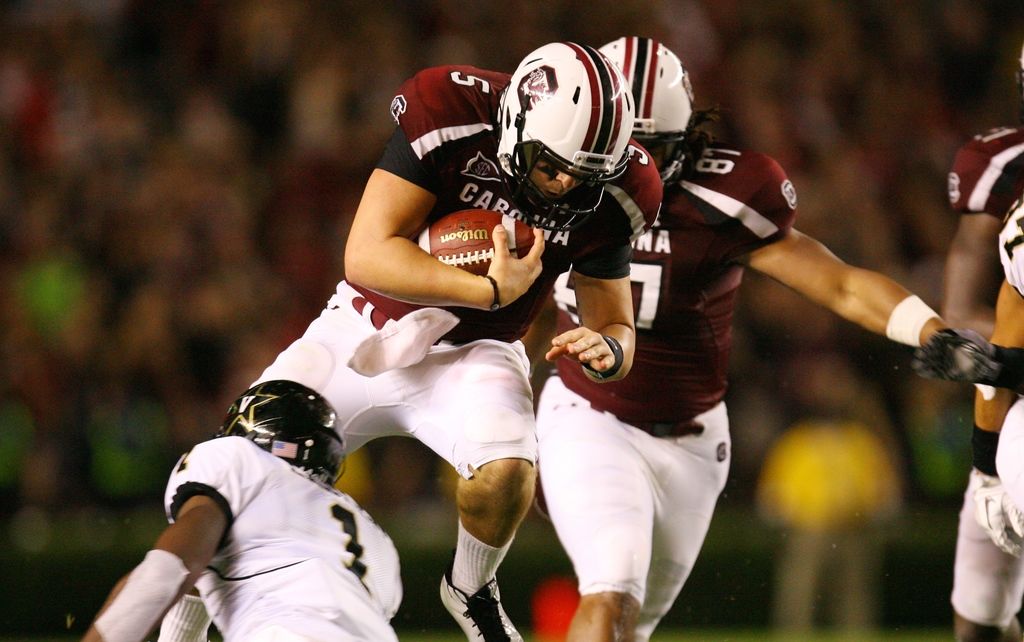 By FITSNEWS  ||  It’s been more than three years since former University of South Carolina starting quarterback Stephen Garcia last played football for the Gamecocks – but he’s managed to turn a disappointing 2014 season into a full-blown debacle.

One with potentially serious ramifications for the program he helped build …

Garcia dropped a bombshell this week, alleging that numerous players in the Southeastern Conference – including some of his former teammates – got paid “all day every day” for their autographs.  These payments make the scandal involving Georgia running back (and former Heisman Trophy frontrunner) Todd Gurley seem “insignificant,” Garcia added.

“I am friends with a lot of players around the SEC and some of the stories they tell me, it makes the Todd Gurley thing seem insignificant by a long shot,” Garcia told Charlotte, N.C. radio station WFNZ.  “I saw it all day, every day … I’m just being honest with you. I saw it firsthand with a lot of players and talking with other guys.”

Garcia – now a commentator with Saturday Down South – said one player received $160,000 during a single year for autographs, although he declined to name the player.

The University is investigating Garcia’s allegations – while the quarterback is responding to angry fans.

“Sorry for not lying folks,” Garcia wrote on his Twitter page. 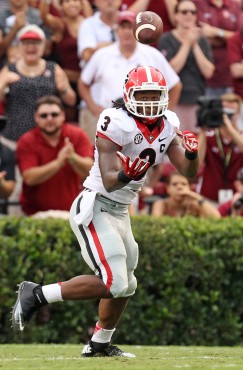 Gurley was suspended indefinitely by Georgia earlier this month after it was alleged he received $400 to sign eighty items of memorabilia.  Since then, Florida State University – home of the defending national champion Seminole football team – has announced it is investigating allegations that 2013 Heisman Trophy winner Jameis Winston also sold his signature.

“I think it is absolutely ridiculous that these kids can’t profit from their name, their likeness, and sign their name on their own jersey,” Garcia said. “I don’t understand that, and I really hope that that rule changes. I absolutely think that these guys deserve to get paid for their own damn autograph.”

We agree … and said as much in this expansive piece urging a complete overhaul of the current higher education-industrial complex.

Garcia added he would have taken money for his autograph, but no one offered because he was viewed as “a rich white kid.”

Garcia was booted from the Gamecock football team in October 2011 – a story that broke exclusively on FITS.

During his Gamecock career, Garcia posted a 20-14 record as a starter – including a 2-0 mark against arch-rival Clemson and a  2-1 mark against Georgia. He threw for 7,597 passing yards – one of only three quarterbacks in school history to reach the 7,500-yard threshold.

Garcia also ranks third on USC’s career list in completions (589) and touchdowns (47).  In addition to his aerial exploits, Garcia rushed for 777 yards and 15 touchdowns during this three-and-a-half seasons in Columbia.

Garcia had a career year in 2010 – completing 64.2 percent of his passes and throwing for 3,059 yards and 20 touchdowns. Along with the emergence of running back Marcus Lattimore, he helped lead the Gamecocks to their first-ever SEC Eastern Division championship.

Garcia’s 2010 season was highlighted by “The Drive” – a 15-play, 82-yard march against top-ranked Alabama that helped put away the defending national champions and give the USC program its biggest win ever.

Garcia’s success was followed by a tumultuous off-season, though – beginning with our explosive report the following March detailing his shenanigans at the Chick-Fil-A bowl in Atlanta in December 2010.  Those exploits earned Garcia a one-week suspension at the beginning of spring practice in 2011 – but the real drama began in early April of that year when USC suspended Garcia indefinitely for his conduct at a “life skills” event organized by the Southeastern Conference.

This website has always liked Garcia.  Clearly he was never the most disciplined player – which is why he’s not playing in the NFL right now – but we’ve always respected his grit and his straightforwardness.

And irrespective of how these less-than-specific allegations pan out, the bottom line is he’s right on this issue …