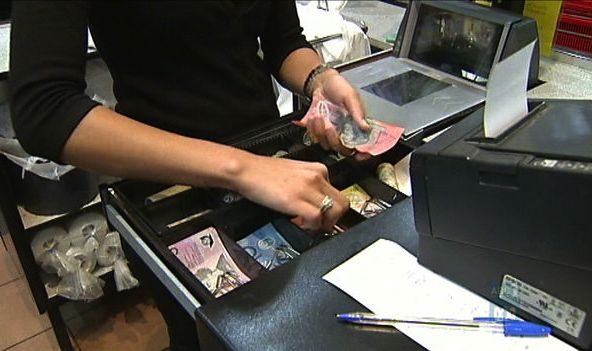 THE AMERICAN CONSUMER ECONOMY IS STRUGGLING …

By FITSNEWS || U.S. retail sales slipped unexpectedly in September as the consumer economy ended the third quarter on a disappointing note.

Sales dipped by 0.3 percent (after a debt-fueled 0.6 percent increase in August) according to data released by the U.S. Department of Commerce.  Really?  The new iPhones didn’t do it?

“Nothing screams recovery like the US consumer slamming the spending (brakes) just as the holiday season begins to unwind,” the website Zero Hedge reported.

What conclusion should we draw from this data?  Easy: It doesn’t take a polar vortex to slow down spending when people don’t have money to spend.

Here’s the inconvenient truth about the American economy: A record 92.6 million working age citizens are not part of the workforce – and those who are in the workforce are hamstrung by stagnant wages.  Add it all up and there’s not a lot of disposable income available the sort of purchases that keep the nation’s economic engine humming.

No wonder we just got lapped by China …