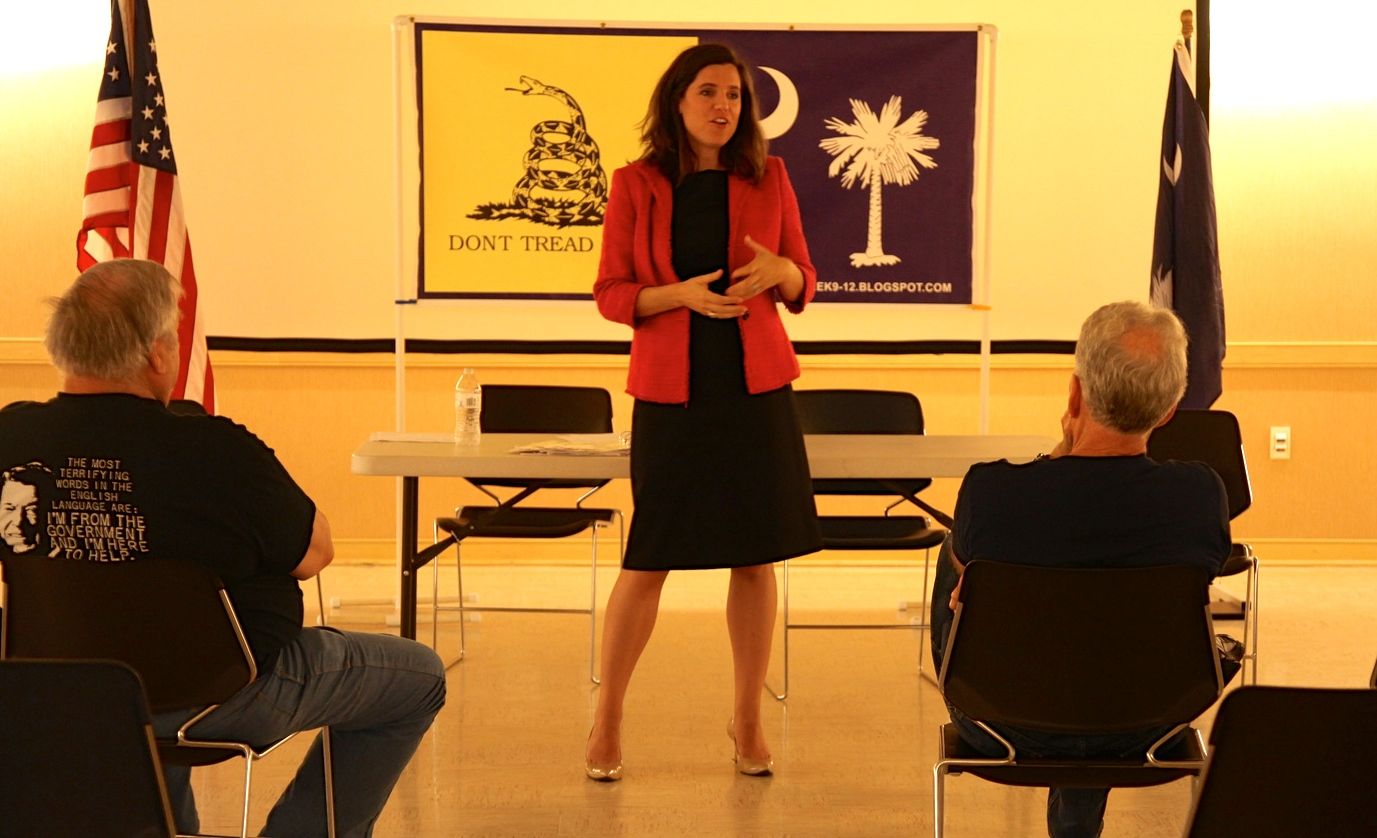 U.S. Senate candidate Nancy Mace rolled out a five-part agenda in her campaign against incumbent “Republican” Lindsey Graham this week – an “Empowering the American People” plan that represents her first substantive foray into the policy realm.

“Our great men and women in uniform should not be put into harms way just so the career politicians in Washington can make headlines,” Mace said, a clear shot across the bow of Graham’s incessant warmongering.

On term limits, Mace said “we do not need a ruling class” in Washington, D.C. and vowed to serve no more than two terms if elected.

On tax reform, she proposed eliminating the Internal Revenue Service (IRS) and replacing America’s “antiquated, top-down model with a consumption based tax that allows every American to be treated the same.”

On the NSA spying front, Mace said she would “fight to stop the data collection by the NSA and other US government agencies, and work to guarantee the legal process is followed when an American is suspected of wrongdoing.”

In addressing America’s use of military might overseas, Mace criticized U.S. President Barack Obama for “looking the other way” while China and Russia challenged America’s national interests. However she also singled Graham out for calling for military action “at every turn.”

“We cannot be the police of the world,” she said.

Additionally, Mace argues that no military action should be authorized without a formal declaration of war from the U.S. Congress – a position we also support.

Mace’s rollout is long on rhetoric and short on specifics, but in a race dominated by sound bites and pandering to the lowest common denominator we’re willing to give her points for taking the time to stake out some sensible ideological ground. That’s certainly more than most of her opponents can say.

Graham is facing five GOP challengers in his bid for a third six-year term in the U.S. Senate – Mace, Columbia, S.C. pastor Det Bowers, S.C. Sen. Lee Bright, Upstate businessman Richard Cash, Afghan War veteran Bill Connor and Columbia, S.C. attorney Benjamin Dunn. None of these challengers have been able to galvanize the virulently anti-Graham wing of the S.C. “Republican” electorate, though, and Graham is widely expected to win the GOP nomination on June 10 with more than 50 percent of the vote.

Should Graham fail to hit the 50 percent threshold, he would face off against his closest challenger in a head-to-head runoff election on June 24.

Graham’s biggest potential hurdle to reelection? The emergence of former statewide official and reality television star Thomas Ravenel as a possible independent challenger in the November election. The Charleston real estate developer has said he will run against Graham in the event the latter wins the GOP nomination and match him “dollar for dollar” in spending. That prospect has prompted South Carolina Democrats – ordinarily quite friendly to Graham – to push the candidacy of S.C. Sen. Brad Hutto (D-Orangeburg).