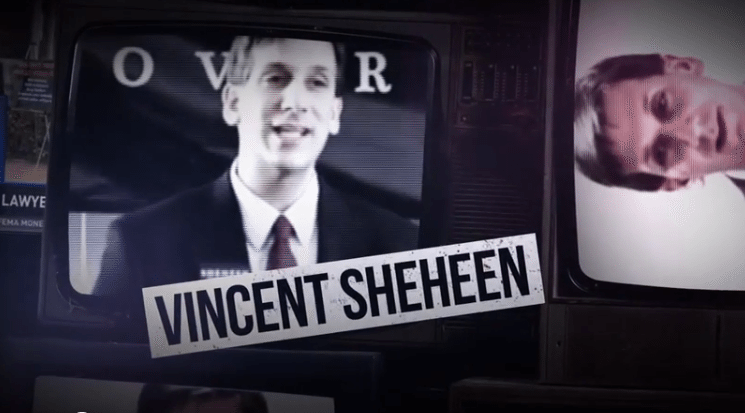 BACK TO THE WELL …

In fact the national organization – which is betting big on Haley’s reelection – has launched another spot along the very same lines … refining and reinforcing its previous attack on Sheheen as an unscrupulous trial lawyer who gets dramatically reduced sentences for dangerous sex offenders.

“Have you heard the news about Vincent Sheheen?” the spot’s female narrator asks.

We have … we broke the news, actually.

“Sheheen represented a sex offender who abused a minor and court papers show he negotiated the man’s sentence from ten years to thirty-eight days,” a news anchor states.

The ad’s narrator goes on to say “Sheheen personally represented dangerous criminals – reducing their jail time, putting them back on the street.”

“Vincent Sheheen: He represents criminals, not us,” the narrator concludes – echoing the refrain from the group’s previous spot.

The national response to the first round of pro-Haley RGA attack ads has been one of revulsion – particularly from the left.

Liberal website ThinkProgress referred to the first anti-Sheheen spot as “the most atrocious political ad of 2014.”

“If you want to run for office some day, you better not believe that everyone is entitled to legal counsel before the government locks them away,” reporter Ian Millhiser noted.

Meanwhile Washington, D.C. politico Taegan Goddard wondered aloud whether the first pro-Haley spot was the “most negative political ad ever,” noting the commercial “sets a new standard for nasty.”

Cue up the outrage again, people …

As intellectually dishonest as these ads may be, it’s clear they are moving numbers in Haley’s favor – otherwise the group wouldn’t be going to the well again with the same concept.

As we’ve said time and time again, no one ever lost an election appealing to the intellectual incuriosity of the average South Carolinian – who is unlikely to move beyond the simplistic “Sheheen is bad” message these ads convey.

Sheheen’s response to the pro-Haley broadside? That the governor has her own, much larger issues when it come to watching out for the well-being of children in the Palmetto State – most notably the ongoing debacle that is her Department of Social Services (SCDSS).

Missed that scandal? We’ve got the latest (HERE and HERE). Oh, and there’s ironically an RGA connection to that scandal, too.

After nearly rebounding from a 21-point deficit against Haley in 2010, Sheheen has been running an abysmal race this go-round. Most notably, he’s failed to find a way to get to the right of the increasingly liberal Haley on the bread and butter fiscal issues voters care about.

After receiving the GOP nomination in 2010, Haley abandoned her Tea Party roots and began a fast-paced sprint to the state’s political “center.” Since taking office in 2011, she’s advanced a fiscally liberal agenda on taxes, spending, education and (most notably) government-subsidized health care.

UPDATE: Lawyers in South Carolina are reportedly preparing a response to the attacks against Sheheen …