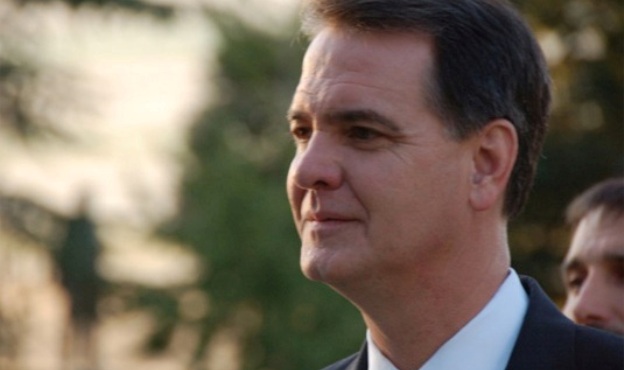 WILL FORMER REPUBLICAN LEADER RALLY BEHIND HIS GOVERNOR?

There’s a lot of talk in the political world these days about “manhood.”

Liberal opinion writer David Brooks of The New York Times invoked the term in an interview over the weekend about U.S. President Barack Obama’s foreign policy, saying Obama had a “manhood problem in the Middle East.”

That interview has the White House apoplectic.

Here in the Palmetto State, the manhood question is being raised in relation to former S.C. Republican Party (SCGOP) chairman Katon Dawson – a GOP consultant who has been raising big dollars on behalf of S.C. Gov. Nikki Haley‘s reelection.

Dawson has a reputation in Palmetto political circles as an advisor who collects exorbitant retainers  – but produces very little in the way of actual “product.” In other words a disproportionate amount of the money he raises to defend his clients (or attack their enemies through independent expenditure groups) winds up in his bank account.

Dawson is on the spot now, though.

Haley is under attack from “independent Republican” petition candidate Tom Ervin – who has launched a statewide media blitz in support of what is expected to be a very well-funded general election campaign. Should Ervin (and Libertarian Party gubernatorial nominee Steve French) succeed in peeling GOP support away from Haley, she could be in real trouble come November.

This week, Ervin’s campaign launched its first television advertisement – a thirty-second spot that takes direct aim at some of Haley’s highest-profile failures. And there’s more where that came from, sources tell FITS – both from Ervin’s campaign and from independent groups supporting him.

Will Dawson respond? Will he “be a man” and defend his governor’s honor (to the extent she ever had any)?

Sources close to some of Haley’s highest profile financial supporters – who have stroked big checks to Dawson – are pushing him to do just that. They are also demanding to see value for their investment in the governor’s reelection.

“(Ervin)’s thrown a solid punch at her,” an advisor to one of Haley’s top donors tells FITS. “(Dawson) needs to punch back. And keep punching back.”

Haley backers aren’t the only ones watching – and waiting – to see what Dawson does. His GOP consulting rivals are also prodding him to defend Haley – albeit less tactfully.

“Hasn’t he been to enough whites-only debutante balls to know the gentlemanly thing to do here?” a rival Republican consultant told FITS, referring to Dawson’s participation in a pair of exclusive Columbia, S.C. society organizations. “If the governor is weakened by this – all Republicans are gonna be weak in 2014.”

Since securing the GOP nomination in 2010, Haley has abandoned the Tea Party that powered her statewide rise and embraced the GOP establishment. And at the national level, that establishment is embracing her back – most notably by savaging her Democratic rival, Vincent Sheheen.

Will Dawson and the state GOP establishment follow suit and defend her from Ervin’s broadsides?

Katon Dawson proved his manhood to me when he took on the South Carolina State University Board of Trustees. It was and is a terrible job. There are so many negatives that could come to Dawson politically by taking that position.

I would like for him to drop Haley and support Ervin, actually.

Keaton took SC State job to make money. There is a hell of a lot
Of money to make off a floundering university and he is in the cat bird seat.

He has raped Myrtle Beach Chamber and gotten very little for them while making millions for himself.

Dawson was the worst thing ever to hit SC State. He is a new breed of criminal.

Since he’s the ‘former’ Republican leader, who cares what he does?
And, I wonder how the RGA ad is really affecting lawyer Sheheen. Anyone who has ever looked at the sccourts.org public index for any county in the state knows that a lot of Republicans ( and, Democrats) make use of the services of many a lawyer, GOPers and otherwise, for their many transgressions and other problems.

hey skippy, why don’t you just have a sit down with the asshole cockroach and give him your playbook for the reelection of the Gypsy Queen

well let me take that back – somewhat

If Haley has hired Dawson, that is Haley’s HIGHEST PROFILE FAILURE… And anybody giving money to him is ill-advised. He is one of the most-damaging types in the GOP.

Dawson is Pure Political TRASH of the highest order. If lies were gold, that B*$*@rd would be bigger than Ft. Knox.

Haley should have no trouble squashing the “independent” liberals trying to win it for Sheheen. She needs to Rip them APART, Viciously. She can make them sorry they ever woke up. But if she is depending on Katon Dawson, that does not speak well of her judgment.

PS: Remember when I said Rick Perry’s SC consultant choice would doom him. I was 100% RIGHT. Dawson is that level of a mistake for Haley…

Was there a story in this article? If so I missed it.

The story is, we have to pretend Haley might actually have a chance to lose this election, otherwise it is boring to talk about and generates fewer clicks.

Haley has been best at REJECTING the Disaster that Obama is imposing on the people of this state. Could you imagine what a TOTAL mess SC would be in if we had an Obama Rubber Stamp (Sheheen) F*#king SC up like Obama has done elsewhere…???

We cannot afford these liberal “Independents” to be successful at putting an Obama-sycophant (Sheheen) in office, like they are trying to do….

That said: If it looks like the Liberal-Tarians are getting close to putting in Sheheen…I could see the GOP putting a stooge up to run to break up the kook-democrat vote, and sink Sheheen’s scheme…

Find some Global Warming fruit cake, or some fool claiming he has evolved into the next generation of Darwanism-humankind,..and the tin-foils will come running to support him…

Or if you really want to throw them off..and have a big laugh doing it…Run Alvin Greene for Gov. All of the black vote would be solid for him…Hahahahaha…

Bingo!These posts by Nikki supporters are hilarious.Like they Aint gonna vote for her?

Katon Dawson has steered contributions from Haley to the opponent of state treasurer Curtis Loftis. Katon is helping Greg Ryberg and Reynolds Williams raise money to defeat Loftis and support some guy no one ever heard of. Katon sat in my office and as I prepared to write him a sizable check to Haley he asked me to write it to the LLC that is going to savagely attack Loftis in the last 3 weeks of the campaign. I was shocked, I stuck my check book back in the drawer and said my goodbyes.
I won’t support Haley because of this. I am for good government and I don’t want to participate in the politics of political destruction as administered by Katon and the Investment Commission. SC deserves better.

Keaton told me he did not care how dumb Loftis’s opponent is. He said there were opportunity at the Treasurer’s office and the Investment Commission and “big money” at both of them.
Seems making money of Dept. Of Ed, HHS, DSS and the budget and Contol board is not enough for him.

Cant believe Katon Dawson, former chair of the party, is raising money for the stooge of Reynolds Williams and Hugh Leatherman.Well, that explains a lot about Katon.

By supporting anyone besides Loftis Katon has gone from sugar to—-Democrat in one step. Loftis is the guy to vote for above all other statewide candidates. The only one doing what he said he would do. Of course that is why the “good old boys ” are after him.

Is that you Curtis? I think you post a lot behind fake names. But, if I am to believe even some of the other comments here, the Republican ticket is in big trouble this year. I think the Democrats should print up a bumper sticker:
VOTE DEMOCRATIC
CLEANING UP REPUBLICAN MESSES SINCE 1932

Katon has always sold his soul to the highest bidder. No wonder now he s stabbing Loftis and Haley in the back. It is to be expected. I remember when Katon made a small fortune off the Republican Party by playing “middle man” in a real estate deal that cost the party a small fortune, and off course made Katon a small fortune.

Hey Katon,
Let’s talk about Texas and your “public private partnerships.” I hear the public is getting fleeced. Be careful, I would not count on that special friendship to much, he is going out to bid again.
Love,
Texas Pete

You support “good government”, yet you were getting ready to write a check for Nikkis re election?Theres a joke in there somewhere ,right?

Someone named Katon, in my opinion, is unable to defend the manhood of anyone, including himself.

“(Ervin)’s thrown a solid punch at her,” an advisor to one of Haley’s top donors tells FITS. “(Dawson) needs to punch back. And keep punching back.”

Ironic that they didn’t hire Sic as an advisor. He can show Ervin how to throw a solid punch at a woman.
Too bad Andy Kaufmann isn’t around. You guys could do a tag team on Nikki…

If Haley wants to defend herself, she needs to get out from behind all the political hacks and start talking to the media. She can start with my show for which I’ve extended two dozen invitations since October. I’m wavering on my typical support of the Republican for Governor and may just look toward one of the other three candidates. I think it’s one thing to make mistakes as a leader; it’s another thing to run from them. thebryancrabtreeshow.com

Oh give us a break Crabtree.Nikki will mouth off a few Right Wing talking points and that’ll be enough to whip you back in line.

If that doesn’t work he can call in Rocky D from their afternoon show and do a tag team on her. Rocky D has the Confederate flag belt buckle demographic sewed up here in Charleston.

“Liberal opinion writer David Brooks of The New York Times . . . ”
There goes any credibility you could possible aspire to.

Possible but not likely

Anyone heard about a Nikki “bombshell” coming out this weekend?