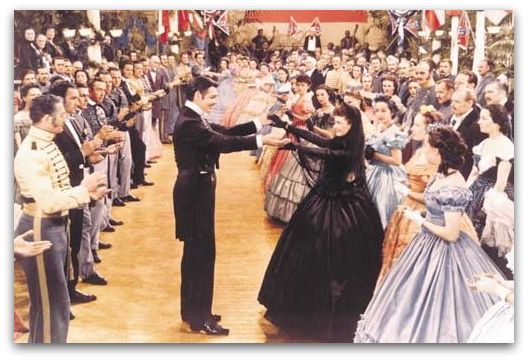 Just when you thought the SCGOP couldn’t get any more politically tone-deaf, it turns out their state Party Chairman and 2010 gubernatorial front-runner are both members of additional “whites only” societies.

In fact, the Camellia Ball holds its annual debutante ball at the Forest Lake County Club – the other all-white organization that’s landed both of these politicians in hot water recently.

The existence of these clubs is no secret – in fact they pay a pretty penny to publish their activities in the all of the local newspapers in Columbia, S.C.

Of course no mention is made of the racially-exclusive nature of their membership.

Nonetheless, in 2004 Dawson served as secretary of the Camellia Ball, and sources tell FITS that Dawson and his wife, Candy, were present at the organization’s latest shin-dig on December 20.

A few weeks prior to that, on November 26, McMaster’s daughter Mary was debuted at the Columbia Ball.  Miss McMaster was also a guest at the Cotillion, another “whites only” dance club.

Here’s a shot of her in her debutante dress, in case you’re interested.

So where do these societies come from?

Well, besides “another time?”

In 1877, the wife of former Confederate Cavalry commander and S.C. Governor Wade Hampton held the first “State Ball” in the rotunda of the State House.

These events featured the Hampton silver and local wealthy folks provided other china, silverware and candlelabras as well as the food.

These were truly elaborate affairs, which lasted all night and ended with a breakfast the following morning.

The local elites brought their servants along with them, and many members of the legislature were invited to bring their country daughters to town to meet the local bachelors.

Of course the only problem was that the local belles were also meeting those country bumpkin sons.

In 1889, Mrs. Hampton and several other ladies formed the “Assembly,” fashioned after The Assembly of Philadelphia.

At Assembly balls, daughters would be presented to suitable young men of their station.

In fact, the 120th Assembly Ball was held at the Marriott Hotel in Columbia on December 22, 2008.

The Assembly is a “legacy club,” meaning that new members must either be the daughter or daughter-in-law of a member.

In other words, you’ve got to either be a blue blood or marry one.

The oldest “gentlemen’s dance club” in Columbia is The Cotillion, which was formed in 1890 but did not begin presenting debutantes until 1947, when two prominent South Carolina daughters were apparently excluded from the Assembly.

The Cotillion has continued to present debutantes each year since 1947, though some in their membership attempted to do away with the ball several years ago after there was a movement in town to change the age at which girls were presented from 19 to 21 years old – ostensibly to abide by federal drinking age laws.

The Cotillion is also a “legacy club.”

Due to the exclusive nature of these two organizations, a movement began in the 1960’s to create social clubs for other wealthy, prominent white families whose daughters could not get debuted at either the Assembly or the Cotillion.

The Columbia Ball, of which McMaster is a member, is one of these clubs. In addition to being “whites only,” it is also a “couples only” club, and members who divorce are asked to resign.

Next up came the Camellia Ball, of which Dawson is a member and former officer, and the South Carolina Ball, both of which were formed in the 1970s.

All five balls are “whites only.” And with the exception of the Camellia Ball, all permit underage drinking.

Competition to get into these clubs is fierce.

“National Democratic or Republican party politics are nothing compared to couples getting their daughters invited as guest debs at other balls,” said one source familiar with the process. “The ultimate social princess designation goes to the girl who is invited to all five balls during the season.”

Interest in these exclusive “whites only” clubs has exploded in recent weeks after revelations of high-profile political memberships at the Forest Lake County Club.

Dawson, a twelve-year member of the club, resigned shortly before launching his campaign for Republican National Committee Chairman, a move many consider as incredibly opportunist – particularly given his continued association with the Camellia Ball.

McMaster has been a member of the Forest Lake Country Club for thirty years.

Incidentally, another prominent member of both Forest Lake and these “whites only” debutante societies is U.S. Magistrate Judge Bristow Marchant, whose daughter Sallie was debuted at the 2008 Assembly Ball on December 22.