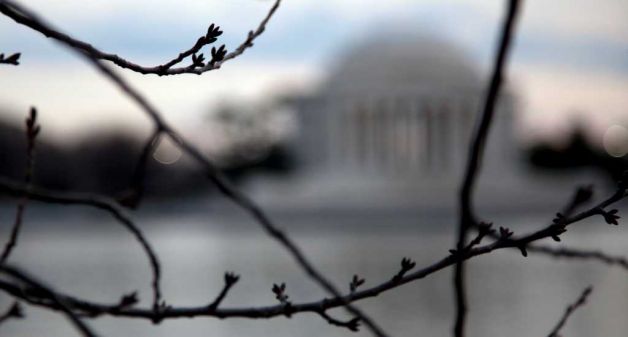 For reasons surpassing understanding the “Republican” establishment has made eliminating the libertarian wing of its own party priority No. 1 heading into the 2014 elections.

Rather than joining pro-freedom, pro-free market leaders like Ted Cruz, Rand Paul and Justin Amash in standing up to the increasingly radical administration of U.S. President Barack Obama and his congressional allies, the GOP establishment has continued to demonize the handful of elected officials actually standing for the ideological principles articulated (if not acted upon) by generations of GOP politicians.

Why is the GOP establishment doing this?  Well, we all know why … don’t we?  Because in Washington, D.C. the two major parties differ on very little of real substance – a view lent eloquent expression in this guest column by former S.C. Treasurer Thomas Ravenel.

The same special interests pull the strings of both establishment parties … which in turn have pulled our purse strings to the tune of trillions of dollars in deficit spending under the previous two administrations.

Nonetheless this week two establishment Republicans who served the administration of “Republican” president George W. Bush posted a lengthy rebuke of rabble rousing libertarians like us – arguing that our “negative approach to the question of the role of government is not only electorally insufficient – it is unbecoming of conservatism and of the deep commitment that conservatives claim to the nation’s founding ideals.”

Really? Are “Republicans” seriously lecturing us about electoral insufficiency?

Because the last time we checked that term defined the GOP.

Anyway Michael Gerson and Peter Wehner – the authors of this heaping word turd – would have you believe that the GOP has been championing the best interests of taxpayers since it reclaimed the U.S. House of Representatives in 2010 (on the strength of the Tea Party movement, it’s worth recalling).

“Republicans have argued that unrestrained spending, and particularly unreformed entitlements, will burden the nation with unmanageable levels of debt in the coming decades and starve the budget of funds for other essential purposes,” they wrote. “They further contend that a large, meddlesome, intrusive state not only undermines the private economy but also crowds out civil society and enervates civic character.” 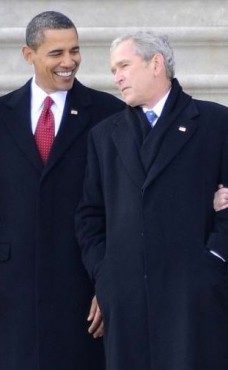 In one sense Gerson and Wehner are correct.  The GOP has done plenty of “arguing” and “contending” in Washington, D.C. in recent years – especially as it relates to their ostensible disdain for Obama’s socialized medicine monstrosity.

The problem?  They’ve done next-to-nothing in support of all that bloviating.

But that doesn’t stop Gerson and Wehner for attacking those who are standing firm against the Obama agenda – painting all of us as fit for straightjackets (not to mention inconsistent with the founding wisdom of the country we are fighting to defend).

“It is historically erroneous to regard America’s founders as proto-libertarians,” they write. “(Alexander) Hamilton warned about ‘a zeal for liberty more ardent than enlightened,’ while (James) Madison cautioned that ‘liberty may be endangered by the abuses of liberty as well as by the abuses of power.’ Similarly mistaken are exaggerated claims of galloping tyranny and utopian visions of a wholesale dismantling of much of the modern state. None of this lays a foundation for an appealing public philosophy. American citizenship has evolved around the exercise of liberty in a complex, mutually dependent web of institutions. One of those institutions is and must be government — effective, respected, and limited.”

No one at this website has ever argued against the existence of government – or subsidizing it in perpetuity as a valuable (if not vital) institution of a free society.  We have merely stated its reach should be confined to core functions – which are performed with maximum efficiency, transparency and accountability (i.e. cost-effectiveness and a lack of corruption).  For example the protection of private property – and of our individual lives – is a core function of government.  Thus law enforcement – police, courts, prisons, etc. – are necessary features of government and should be funded commensurately.

But what about crony capitalism?  Welfare statism?  Global interventionism?  Bureaucratic bailouts?  Domestic spying?  Socialized medicine?  These are all things “Republicans” have supported every bit as blindly (in some cases MORE blindly) than Obama and his legions in recent years – but they are in no way, shape or form “core” functions of government.

Unfortunately, according to establishment “Republicans” like Gerson and Wehner – and to the special interest-fed politicians they work for – opposing such non-core functions makes one an anarchist.

More to the point: To conclude that America is not currently home to a galloping tyranny is an incredibly naïve view of things … one which (using the authors’ words against them) is “unbecoming of conservatism and of the deep commitment that conservatives claim to the nation’s founding ideals.”

To say nothing of common sense …

Libertarian-leaning voters are not “nuts.” In fact in most cases they are simply articulating support for ideologies claimed – rhetorically, at least – by the GOP.  Why, then, does the GOP continue to demonize them?  Who knows … but if alienating the fastest-growing segment of the American electorate in a desperate bid to wrestle control of a dying party is Gerson and Wehner’s objective, all we can say is “job well done.”

As we’ve noted before none of these labels matter at the end of the day … all that matters is what elected officials do.  And every day it becomes harder for the leaders of both major parties to hide their shared failure.