That text message came to me this week during the debate over the federal debt limit and the so-called government “shutdown” – one of the most thoroughly depressing, dysfunctional and dumbed-down discourses in the history of Western Civilization.

It was sent in reference to an article I wrote about a camping trip to rural South Carolina, in which the majesty of creation (and cheap, mesh-roof tents from Target) was boldly proclaimed.

Anyway the note – which came from a top environmental advocate – got me thinking.

First, I am a “greenie” in that I believe in the Biblical notion of stewardship – of respecting “woods and waters” and all other places (indoor or out), and leaving things better than I found them upon my arrival. You know, like jam band leader Dave Matthews told a crowd of thousands in Central Park, New York – giving them instructions to “leave only (their) footprints” when departing a concert.

But I also believe in dominion – the right of human beings to take from the land what they need to survive so long as they do not waste or needlessly kill.

Of course I absolutely reject government subsidization of alternative energy sources – just as I reject government subsidization of conventional energy sources. The creation of clean, renewable energy is a desirable goal economically and morally – and the free market is working toward that objective. But we cannot and should not waste tax dollars in its pursuit.

Authentic “greenies” no doubt disagree with that statement … and so whether I am – or you are – a “greenie” depends on one’s definition.

And that’s the point of this column … 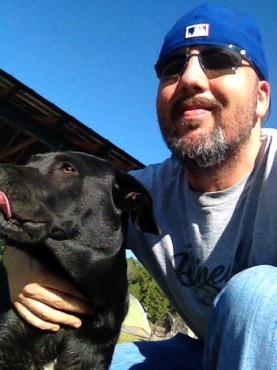 In case you hadn’t noticed, America is loaded with debt … but it’s also loaded with labels of dubious definition. Literally everywhere you turn – especially on our brain-dead television airwaves – people are slapping familiar labels on themselves, other people and specific events.

But do these labels mean what we think they do? Or anything at all, for that matter? And is their ubiquitous misapplication burying the truth?

Exhibit A? The “Republican” Party.

“We believe in the power and opportunity of America’s free-market economy,” the GOP proclaims. “We oppose interventionist policies that put the federal government in control of industry and allow it to pick winners and losers in the marketplace.”

Really? Then what’s this?

The GOP platform also claims to “reject the use of taxation to redistribute income, fund unnecessary or ineffective programs, or foster the crony capitalism that corrupts both politicians and corporations.”

Okay … then what’s this?

At the local, state and federal level there are literally thousands of elected officials who label themselves as “Republicans” – yet they explicitly reject their party’s most fundamental beliefs. They don’t oppose interventionist economic policies and redistributive taxation, they embrace these positions.

They lie, in other words.

And when “Republican” isn’t sufficient, many of these politicians label themselves “conservative.” Others say they’re “Tea Party.”

None of it means a damn thing … because it’s all based on expediency as opposed to ideology.

Vigorously enabling these self-labelers is the undisputed king of label-making in America – the mainstream media establishment. With default presumptions of bureaucratic benevolence and effectiveness, any effort to curb unchecked government growth is deemed “cruel” or “reckless.” Meanwhile any effort to empower the private sector is lambasted as “greed” – even though government policies under fiscally liberal president Barack Obama have created the greatest upward concentration of wealth in human history.

The MSM pulled off its greatest coup over the last two weeks – convincing the country its government had “shut down” and was going to “default” if it didn’t borrow more money. It was a full-scale crisis with “catastrophic” repercussions – and the people to blame for creating it were, oddly enough, the only ones displaying anything resembling a shred of common sense in the debate.

Even the Heritage Foundation – a “conservative” think tank led by former U.S. Sen. Jim DeMint – folded like a cheap lawn chair under the pressure.

What did the MSM neglect to discuss during the #Shutdown/ Debt drama?

Or its total failure to solve anything …

Labeling may make for dramatic television and bold headlines, but it ignores the real issues – the dollars and cents consequences of unsustainable government growth on tens of millions of American taxpayers (and their children and grandchildren).

“Somebody’s gotta pay for this show,” my Uncle Robert Folks (a good Southern Democrat) used to say, and he’s right.

Somebody does have to pay for it …

I gave a speech recently to a group of fifty or so young professionals in my home town of Columbia, S.C. and was asked by one very astute commenter for an “action item” in response to my various doom and gloom pronouncements.

“What do you want us to do about all this?” she said.

I didn’t have an especially good answer at the time, but I do now.

Cui bono, in other words.

Specifically … where is the largesse coming from? Where is it going? How much is being spent? What is it supposed to be accomplishing? And could that objective (whatever it is) be achieved another way? A way that didn’t involve further bankrupting the country?

Those are critical questions to ask of any government expense at any level.

Like it or not, the federal government is already in fiscal default. No matter how many times it kicks the can down the road, nothing can change that now. But the events of the last few weeks have also seen a “default” on truth in this country … with hard numbers and unavoidable realities buried under an avalanche of meaningless labels.

Its time to start peeling those labels back …