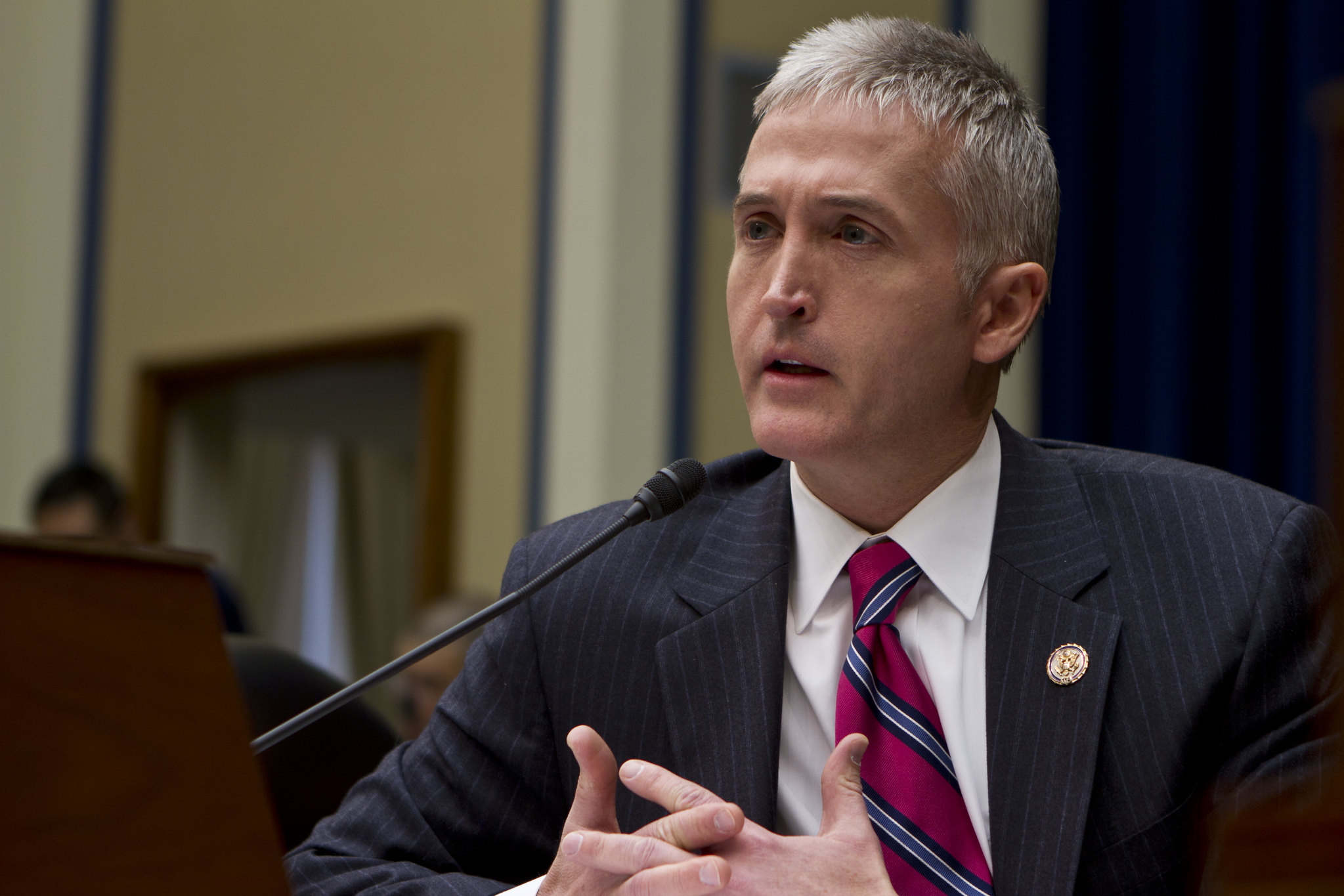 Gowdy’s hiring by Trump was confirmed after multiple reports were published suggesting the Greenville native had turned the White House down.

“Gowdy is expected to advise the White House behind the scenes and appear on TV to advocate on behalf of the president,” a report from Axios noted.

Gowdy declined to seek reelection in 2018, and his congressional seat was won by state senator William Timmons. Since leaving office, Gowdy has been a contributor on Fox News while practicing “corporate and governmental compliance” with the Greenville, S.C. office of Nelson Mullins Riley and Scarborough.

Gowdy’s hiring comes at a critical phase of the impeachment process. On Tuesday, the White House sent an eight-page letter to Democrats indicating Trump would not be cooperating with the congressional inquiry – which seeks to determine whether the president illegally attempted to leverage the power of his office in an effort to undermine a potential 2020 rival.

This news outlet has taken a dim view of that allegation, believing the so-called “Ukrainian meddling‘ scandal actually does more damage to the rival in question – former U.S. vice president Joe Biden.

Clearly Trump (above) believes the investigation is illegitimate.

“President Trump and his administration reject your baseless, unconstitutional efforts to overturn the democratic process,” the letter (.pdf) stated.

“Your unprecedented actions have left the president with no choice,” the letter continued. “In order to fulfill his duties to the American people, the Constitution, the Executive Branch, and all future occupants of the Office of the Presidency, President Trump and his administration cannot participate in your partisan and unconstitutional inquiry under these circumstances.”

Well … not all of his promises. Obviously.

Democrats responded defiantly to Trump’s refusal to cooperate – which included barring Gordon D. Sondland, the U.S. ambassador to the European Union, from complying with a congressional subpoena.

“The White House should be warned that continued efforts to hide the truth of the president’s abuse of power from the American people will be regarded as further evidence of obstruction,” speaker Nancy Pelosi said in response to the letter. “Mr. President, you are not above the law. You will be held accountable.”

Ironically, Gowdy angrily denounced the administration of former president Barack Obama for withholding documents from congress during the Benghazi investigation.

“The notion that you can withhold information and documents from congress no matter whether you’re the party in power or not in power is wrong,” Gowdy said at the time. “Respect for the rule of law must mean something irrespective of the vicissitudes of political cycles.”

Gowdy also gave an interview on Fox News during the Benghazi investigation in which he accused the Obama administration of making “a systematic, intentional decision to withhold certain documents from congress.”

Our view on all of this? This news outlet – which endorsed Trump (twice)  during the 2016 campaign – abandoned its support for him after he betrayed middle class taxpayers (and after he had to be dragged kicking and screaming into a fight for his signature border wall).

Accordingly, whether Trump rises or falls is of no consequence to us.

Having said that, we continue to believe the Ukrainian meddling scandal is a poor basis for impeachment charges – and that it actually could wind up doing much more damage to Biden in the long-term.